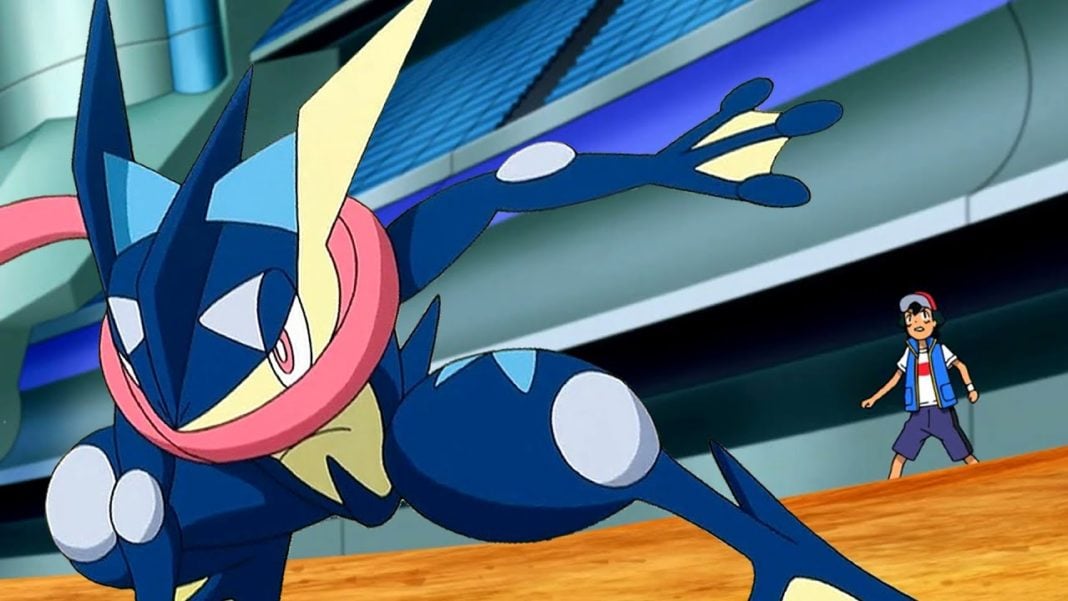 Trainers, the hype is real!

With the revelation of the Gen 6 movesets, we are now in a position to speculate just how each Kalos Pokémon will perform in the meta. The first wave of Gen 6 will hit us on December 2nd, 2020.

And riding that wave is one of the most anticipated Pokémon of Gen 6, the one and only Greninja!

Greninja has always been a tremendously popular Pokémon, being featured in the anime as Ash’s premier Pokémon during his Kalos journey and being the only Pokémon in existence to have a special temporary evolution akin to mega evolution through its Battle Bond ability.

Furthermore, it is officially the Most Popular Pokémon of the Year 2020.

This ninja frog has some really cool stuff going on for it. So how does Greninja perform in Pokémon GO?

The Gen 6 event starting from December 2 will potentially have plentiful spawns of Froakie, making it the top pick of trades and hundo hunters in the game.

With such an early and possibly easy access to Greninja, let’s find out if you should pick Froakie as the starter Pokémon of your Kalos region journey in Pokémon Go!

It has a dual typing of Water and Dark and as such, it is weak to the Bug Electric Fairy Fighting and Grass types.

The large number of resistances hand it something to argue about on a defensive standpoint as its bulk, which you would soon see, is rather underwhelming.

On that note, let’s check out the stats now…

Greninja has the following stats in Pokémon Go:

Indeed, Greninja has the same ATK stat as Sceptile (and even Charizard, for that matter), somewhat lesser DEF and marginally higher HP. Needless to say, Charizard is way bulkier than Greninja.

Greninja comes across as a glass cannon but its ATK isn’t too high either.  So where does this leave Greninja? Well, in Pokémon GO there is a certain parameter that can make even the monsters with relatively low ATK stat excel: Moveset

Greninja can learn the following moves in Pokémon Go:

Right off the bat, Bubble is an amazing water type fast move to have.

12 DMG complemented by a very impressive 14 energy gain in PvE, Greninja will be firing off its charge moves in quick succession.

Greninja’s Water type prowess is aptly supported by Surf, a very neat charged move to have.

And then there’s the nuking Hydro Pump to boot. However, Greninja’s sorry bulk would help you with just one Hydro Pump probably?

So you are better off with Surf, which offers a considerable DMG of 65 at just 50 energy cost.

Feint Attack has a DMG output of 10, making it a welcome addition to Greninja’s movepool as a raid oriented Pokémon.

Night Slash is extremely underwhelming as a Dark type charged move in raids. This honestly leaves Greninja out of contention with other better Dark types.

Aerial Ace is not really worth it. It might provide you with coverage against three of its weaknesses: Grass, Fighting and Bug types.

But this is assuming that Greninja survives the barrage of powerful super-effective fast moves raining down on it. Going by the poor selection of Dark type moves in its arsenal, Aerial Ace can be fit to use in gyms.

What is Greninja’s best moveset?

With the current move pool, with all things said and done, the combination of Bubble and Surf makes it stand out as a dependable Water type attacker.

As a Dark type, it just doesn’t make the mark. Night Slash is just a terrible move for PvE and doesn’t let Greninja compete with any of the notable Dark type attackers now.

As a Water type, it gets really interesting…

It doesn’t live up to any of the water starters or even Gyarados at the moment. But that’s fair enough, considering that all those said Pokémon have had their own Community Day spotlight.

Which begs the question…

How does Greninja fare with Hydro Cannon in its arsenal?

These two are the USPs of Greninja.

I’ll come to that soon. Let’s save the best for the last, shall we?

Let’s check out how Greninja sizes up in battle on its release.

Greninja’s good ATK and sorry bulk make it a glass cannon that it built for gums and raids.

It does quite well as a Water type, letting it cut down Fire Ground and Rock types with ease through its impressive moveset of Bubble and Surf.

Since you’re ideally going to use Greninja against raid bosses weak to Water types, it would be cool to go with Hydro Pump to get that nuking potential out of Greninja.

223 ATK stat Hydro Pump still hits quite hard. So a thumbs-up for that.

Even the ATK stats of its counterparts are way higher than that of Greninja.

Yes, the resistances are good. So fit into one of the raid Pokémon in your party, maybe?

The Fighting type weakness is worsened by the fact that even a non-STAB Counter can choke this frog, it just isn’t worth considering for being reliable.

STAB Night Slash is a good secondary charged move to use. But does it really even matter when the bulk is so low and Greninja just cannot salvage the potential ATK boost?

Will its Dark typing make it perform well in the Ultra League?

Any Pokémon that can threaten Giratina (Altered) is always considered a handy Pokémon in the Ultra League.

Assume a Greninja with Feint Attack paired with Night Slash and Surf against a classic Giratina (Altered) with Shadow Claw paired with Dragon Claw and Ancient Power.

Up against a perfect Ultra League Giratina (Altered) of 2498 CP and stats of 7/10/9, here’s how they stack up against each other, based on battle simulations from PvPoke.com

Greninja barely makes the mark in the no shields scenario. It bites the dust in 1 or 2 shield scenarios

Not so reliable, is it?

Besides, being weak to Togekiss, Counter users, Venusaur, Abomasnow etc doesn’t make it look too good either.

In Team Go Rocket battles, it can be used as a suicide lead if you really like Greninja.

But that’s about it.

It’s just not tailored to be a PvP mon, at the end of the day.

But its fortunes will change once its eventual Community Day hits and Greninja gets access to Hydro Cannon.

With Bubble and Hydro Cannon, Greninja will out-DPS Water Gun and Hydro Cannon Swampert, Gyarados, the other water starters and most importantly, even Kyogre (without Origin Pulse)!

Greninja will undoubtedly be an amazing addition to the Water type.

But this isn’t even its final form…

Because we got something else coming!

Ash-Greninja: A Ninja Assassin at its Deadliest

Quite honestly, Ash-Greninja is THE Pokémon to have in Gen 6.

It is just too good.

Those stats are going to break the ceiling and this speedy monster will out-DPS the likes of all Water type mega evolutions and even Primal Kyogre with Origin Pulse.

Let that sink in.

Should I evolve my Froakie to a Greninja now?

Both the Greninja Community Day and Ash-Greninja are far off, at least theoretically.

Yes, you will have enough opportunities to purchase an Elite Charged TM meanwhile…

So you can evolve one to fill your Dex and get a ‘feel’ of this hugely popular Pokémon.

However, do note that you are not missing out on anything with regards to the meta by not evolving to a Greninja.

With a high IV or a hundo in your party, it is worth waiting for its eventual Community Day.

The current Greninja is not worth the hype. In fact, Chesnaught is a better Pokémon to have in the meta at this moment.

But the potential is totally worth the hype!

Whether it’s the Community Day Hydro Cannon or Ash-Greninja, the prospects for these are humongous!

It is highly advised to stack up on Froakie candy and save a high IV one for the future.

Gen 6 is not really going to shake up the meta like previous generations of Pokémon.

With only 72 Pokémon in the Kalos Dex, there isn’t much to enjoy competitively.

However, there are are few elite monsters from this generation that would definitely make an impact.

And this time your Ash-Greninja is actually going to beat Mega Charizard X, hands down!

While Greninja has to wait to truly justify its Protean shake (you see what I did there? 😉 )

And no Pokémon does that better than Ash-Greninja!

Pokémon Scarlet and Violet are here! The below article...