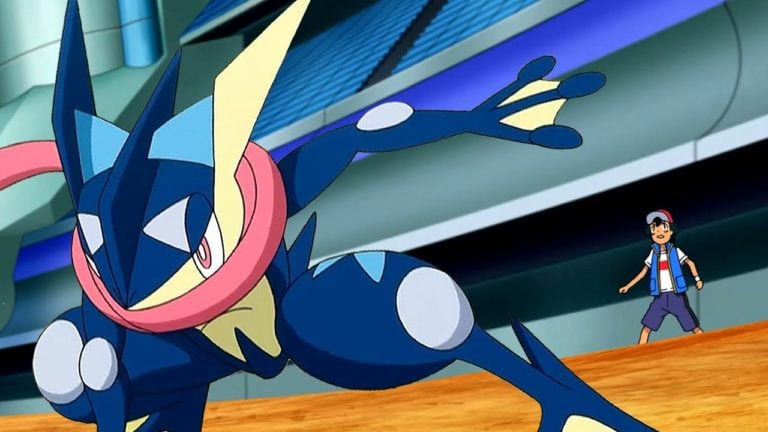 Generation 6 is right around the corner! And as expected, the game master file has been updated including the movesets for Generation 6 Pokémon. So let’s see who are the biggest winners and losers of the Gen 6 move update.

Please, keep in mind that this article will just focus on the PvE (player vs enemy – raids and gyms) side of the game. We also have a PvP one in the works, so stay tuned!

Disclaimer: Movesets are subject to change before the official release. In fact, it has already happened in the past (RIP Sky Attack Mandibuzz) and it could happen again.

Some of the Gen 6 Pokémon got blessed with great movepools, while others haven’t had the same luck. The following list will feature those who were lucky enough to be considered the winners of this update (not necessarily in order of relevance). Please note that only those who are somehow relevant in the PvE meta will be included.

I can’t believe I’m recommending using a Pokémon with Low Kick as its fast move. Hawlucha got access to a dual flying type moveset (Wing Attack + Sky Attack) and a dual fighting type one (Low Kick + Flying Press). As you can see, its stat distribution is not that impressive, and Low Kick is such a terrible fast move.

However, Flying Press is insane, and that’s why Hawlucha is usable in the current meta. With a base power of 110, a cooldown of 2.3 seconds and an energy cost of 50, Flying Press is actually the best PvE charge move in terms of the DPS*DPE metric. That alone makes Hawlucha usable.

As a flying type attacker, it’s worse than Tornadus. As a fighting type one, it’s worse than regular (non-shadow) Machamp, and it could work as an alternative to Hariyama or Breloom. So definitely usable! If Low Kick was a Counter clone, Hawlucha would improve but it still wouldn’t be enough to reach Aura Sphere Lucario or Shadow Machamp‘s level. Technically, Hawlucha got really good moves (considering its movepool in the main series games), so that’s why it’s listed as a winner.

Clawitzer is technically a winner, as it got access to Crabhammer. Its DPS falls between the Hydro Cannon users and Crawdaunt. And Kingler is still the supreme Crabhammer user.

Clawitzer is not a bad choice but there are better investments if you’re looking for a water type attacker, such as Kingler, Kyogre, the water megas and of course shadow Pokémon such as Swampert or Gyarados.

Tyrantrum got blessed with the best dragon type moveset and a double rock type moveset as well (Rock Throw + Stone Edge). Unfortunately, there is a good list of better attackers of both types.

It can’t compete with Rayquaza, shadow Dragonite and shadow Salamence as a dragon type attacker & Rampardos and Rhyperior are significantly better rock type attackers. But still, technically a winner!

Sylveon will get access to Charm, which is a huge relief. Unfortunately that won’t be enough to make it a top-tier raid attacker, as there are better fairy type attackers (shadow Gardevoir, Togekiss, Gardevoir, Mega Gardevoir (eventually) and even Granbull), but it’s definitely worth considering as a budget attacker (you should be able to evolve a wild level 35 Eevee) vs. dragon types with heavy-hitting dragon type moves such as Outrage or Draco Meteor.

Trevenant got access to the best Ghost type moveset in the game. It won’t shake up the meta, but at least its potential won’t be wasted due to a terrible moveset.

Dragon Tail and Outrage is the best moveset Zygarde could get as a dragon type attacker. Unfortunately, its attack stat is too low to shine in the current meta. But still, technically a winner! In terms of performance, it’s worse than Latias, Goodra and Alolan Eggy. It got access to Earthquake as well, but Garchomp is a much better dragon & ground type attacker.

Not winners, but not losers either

Sometimes it’s hard to tell whether a specific Pokémon is a loser or a winner. That’s why I decided to create this category.

Yveltal’s case is tricky. It got access to a double Dark (Snarl + Dark Pulse) and Flying type moveset (Gust + Hurricane), but none of them excel in the current meta. To be honest, having access to Foul Play, Sky Attack and Oblivion Wing (its signature move) in the main series games, you’d expect Ylveltal to shine a bit more. So much wasted potential.

With the current stats and movesets in the game master file, Yveltal would perform quite well as a Dark type attacker but not so well as a flying type one. So it’s technically not a winner (it didn’t get the best moves), but not really a loser either (you can still use it in raids thanks to its great stats). We’ll see what happens in the future.

Fun fact: Yveltal and Xerneas have not received the 9% nerf in the Game Master file (yet). So you can imagine that if Yveltal gets it, its performance would significantly decrease.

With an impressive attack stat of 291 (but laughable bulk though), Aegislash Blade Forme is not really a winner, but definitely not a loser either. Aegislash can learn Shadow Claw in the main series games, which is the best ghost type fast move in Pokémon GO.

Unfortunately, it won’t be able to learn it in GO for now (because it would’ve been too good in PvP?), but things might change in the future.

The truth is, even without Shadow Claw, Aegislash Blade Forme is so powerful that it only ranks below the ghost megas in terms of DPS. Oh, and Fury Cutter was listed as its best fast move (although it doesn’t get STAB) because it deals super effective damage vs. psychic types. Its bulk however hinders its performance a bit, otherwise it’d be a monster!

The pseudo-legendary of this generation, Goodra, is not really a winner (PvE-wise). It can’t learn Dragon Tail in the main series games, but it can learn Outrage (which it won’t be able to learn in Pokémon GO as of now).

Dragon Breath + Draco Meteor is not the best dragon type moveset in PvE, and its performance is more or less comparable to Latias’.

Xerneas is the biggest loser, period. Charm is currently the only fairy type fast move in the game, and Xerneas can’t learn it in the main series games. Thus, we all knew that this was coming.

However, Xerneas can learn moves such as Play Rough or Dazzling Gleam in the main series games. But apparently not in GO, where it’s stuck with the absolutely terrible move Moonblast.

Poor Florges, could’ve learned Dazzling Gleam, but ended up being stuck with Moonblast instead.

Let’s be clear, Heliolisk just doesn’t have the stats to shine in the PvE meta. With Thunder Shock + Wild Charge, it could’ve been at least decent, but Volt Switch + Thunderbolt is not good enough.

The Gen 6 starters belong to a different category.

Chesnaught is a worse Leafeon as of now. Delphox is a worse Arcanine. And Greninja is a worse Gyarados. Out of the three, the one with the greatest potential is Greninja. With Hydro Cannon, it would perform quite similar to Crabhammer Kingler.

But there’s more. Ash-Greninja with Hydro Cannon would be so OP that it would out-DPS Kingler, Kyogre, the water type megas and even Origin Pulse Primal Kyogre. So you better start saving Froakie candies!

Did you like the analysis? Feel free to let us know what you think in the comments section down below!

Giovanni returns, this time with Shadow Registeel! Giovanni has returned...