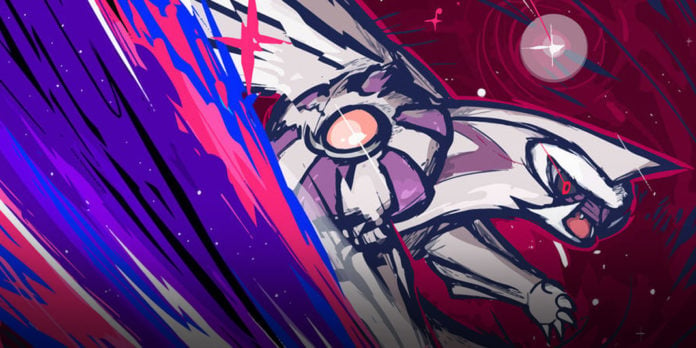 Palkia, the legendary Water and Dragon type Pokémon with the ability to distort space, has officially been released in Pokémon GO and to the Pokemon GO meta. Although Palkias’ stats are truly legendary (pun intended), its move pool is not looking too hot for either PvE (gyms and raids) or PvP. Let’s see where it stands in the current meta game and how it can be effectively used.

Regarding its charge moves…

With that said, its best moveset for raids & gym battles is Dragon Tail and Draco Meteor. For PvP battles, go with Dragon Breath and Draco Meteor. If you want to invest in a second charge move, Hydro Pump is a better option and benefits from STAB. However, if you’re short on stardust and rare candy, there are better options to consider spending your resources on.

Palkia as a Dragon Type

You have probably seen Palkia in the Palkia raid counters infographic. Even though it might seem that Palkia performs extremely well as a dragon type by looking at those infographics, there are a couple of things you should know before jumping into conclusions.

First of all, Palkia’s amazing typing only makes it vulnerable to Dragon and Fairy type moves. Unlike most of the other top-tier dragons, Palkia has no double weaknesses and takes neutral damage from Ice type moves.

Furthermore, it resists Steel type moves and double resists Fire and Water type moves. That’s the main reason why Palkia ranks really high as a counter to itself when the raid boss does NOT have Draco Meteor. If the Palkia raid boss has Draco Meteor, it performs more or less like Salamence, but significantly worse than Rayquaza. In fact, its Time To Win (TTW) is more or less 100 seconds higher than Rayquaza’s, and 60-70 seconds higher than Dragonite’s. Even Latios, Salamence and other non-dragon types such as Gyarados, Togekiss or Gardevoir perform better against Draco Meteor.

Thus, Rayquaza still reigns supreme as the best dragon type Pokémon in the game (for gyms & raid battles), and Palkia can be used as a decent alternative, last-slot anchor or as a powerful dragon type attacker if it offers a better set of resistances against a particular raid boss when compared to the other dragons.

Let’s keep this simple, Giratina is the dragon type king of PvP as of now. It has an excellent moveset for PvP and incredible bulk. Its TDO is off the charts, and Palkia can’t top that. However, it’s not a bad Pokémon either. This section recaps the outcome of several battle simulations obtained with the excellent PvP battle simulator in pvpoke.com.

Palkia cannot win against Giratina in equal conditions. In fact, if Giratina has at least one shield, Palkia will not be able to take it down. Draco Meteor takes forever to charge up, and Dragon Claw can easily burn the opponent’s shields. In a battle where no charge moves are fired off and both parties just use Dragon Breath, Giratina will win (not by much, but still win).

Rayquaza only wins against Palkia when Palkia does not have any shields remaining. Rayquaza’s Outrage will fire off before Palkia’s Draco Meteor, and that’s a huge advantage when Palkia is not able to shield up. In any other scenario, Palkia wins this matchup.

Legacy Dragon Breath Dragon Claw Dragonite is a beast in PvP too. In fact, this matchup is quite similar to the first one analyzed. If Dragonite has any shields remaining, it’s game over for Palkia, and even if Dragonite is not able to shield up, it might finish off Palkia right before it is able to fire off a Draco Meteor. Why is the outcome slightly different this time if compared to the Giratina analysis? Mainly because of Dragonite’s greater offensive power.

This is a really tight matchup. In fact, the simulator results suggest that they tie in most scenarios. However, if Palkia does NOT have any shields left, Latios can easily take it down with Dragon Claw.

The main problem with Palkia is that it generally needs to use one more shield than the opponent or to face a shieldless opponent in order to beat it. All of its charge moves have very large energy requirements and in PvP that can hinder your performance significantly.

It has some interesting favorable matchups, but after analyzing its performance against the main threats in the master league, we can conclude that its release will not be a game changer as there are better options to do its job.

To sum up, Palkia is a strong Pokémon that can fill an empty slot in any dragon type attacking lineup if needed. The main problem is that it’s not as strong as it could be.

Palkia has a lot of potential, as it has impressive stats and the ability to learn Outrage and its signature move, Spacial Rend. However, these moves were not included in Palkia’s current movepool, which hinders its performance significantly. It seems that (yet again) we’ll have to wait and see if they become available in the future as exclusive moves…

Furthermore, its awesome typing makes it vulnerable to just dragon and fairy type moves, and unlike most of the other top-tier dragons, Palkia has no double weaknesses and also takes neutral damage from ice type moves. In fact, it can be used quite effectively as a great attacker in Palkia raids, especially if the raid boss does NOT have Draco Meteor as its charge move.

Palkia is a great Pokémon. The main problem is not that it’s bad, but the fact that it could be way better with the right moves. Its attack stat is just 4 points below Rayquaza’s and it has a better set of resistances, but its current movepool holds it back from being a TOP-tier attacker in the game.