The Influence of Zacian on the Master League Meta 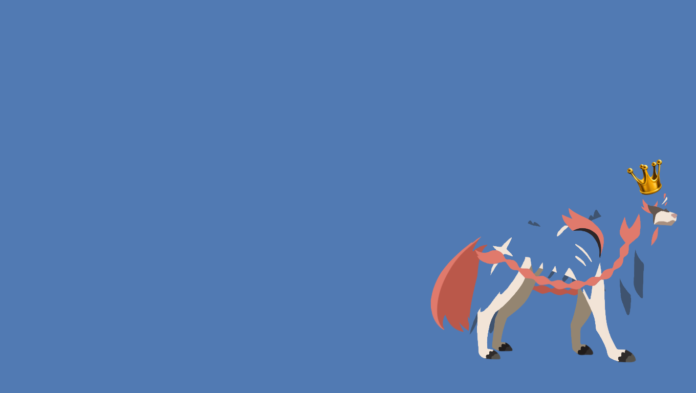 The Master League meta has often been defined as stale, since not many Pokémon have the potential to shake up the metagame and the amount of viable Pokémon in that league is quite limited.

Dialga (especially if best buddied) has reigned supreme as the Master League king ever since the release of Go Battle League, but there is one Pokémon that has come to challenge its #1 spot, and that Pokémon is none other than Zacian.

One of the best things about Zacian is that there is no “best” moveset. Its versatility is unmatched in the ML meta, and it can play very different roles:

These are just some suggestions, but you can play it however you want based on your team comp and needs. For example, you could run a double debuff moveset as a safeswap, but it could be a little dangerous as you’d be force to debuff yourself and the opponent could potentially farm you down. On top of that, Giratina-Origin as a counterswap would wall you pretty hard.

As you probably have seen, running Close Combat is almost mandatory. The main reason why you want to run CC is to land the nuke on opposing Dialga and other steel types such as Melmetal or Excadrill. A CC deals ~71% on BB Dialga, so keep that in mind before throwing it as you’ll debuff yourself right after.

Zacian’s typing is also great, making it only weak to Steel and Poison type moves. There are no relevant poison type Pokémon in the Master League meta as of now, and most steel types usually have to spend shields to knock you out. Metagross could perhaps be regarded as one of Zacian’s hardest counters, but Close Combat hits so hard that they will probably have to at least use one shield (especially if you have a slight energy advantage in that matchup).

How to play Zacian

Playing Zacian is not as easy as you may think, since you do have to master the debuff game and know how to count fast moves in order to handle the energy management properly.

Zacian’s main damage output comes from its charge moves, as Snarl isn’t the kind of move that allows you to farm down your opponents. Thus, timing your charge moves correctly is mandatory, especially if you’re using moves like Close Combat or Wild Charge.

For example, you can tank an Iron Head from an opposing Dialga if your health bar is at 63% or higher unless you’re already debuffed. What most people tend to do is to farm enough energy to get to 2 CCs before throwing, that way you’ll either get the knock out or 2 shields from your opponent.

The mirror match is very annoying, especially if you’re playing Zacian as your lead Pokémon. Most Zacian in the lead carry a double debuff moveset (CC + WC), so nobody wants to go first as taking a Wild Charge after being debuffed will hurt a lot more. But you also don’t want to go over 100 energy, so winning/losing CMP ties or swapping out to catch a move is crucial.

Zacian is like a joker, as it can perform pretty well in plenty of different scenarios. If you’re looking for great Zacian teams, you could just pair it with Dialga + literally almost anything viable in the ML meta and you won’t be disappointed. Common Zacian lines are Zarude/Excadrill/Zacian, Zacian + double dragon, Ho-Oh/Zacian/Dialga, Lugia/Excadrill/Zacian or the good ol’ Kyogre + Dialga core + Zacian instead of Togekiss.

As you can see, using Zacian properly takes practice. One thing I would recommend is to check battle simulations on PvPoke as a calibration method. Once you know how much damage your charge moves do in a specific matchup, you’re more likely to play that matchup correctly.

Is Zacian the best Pokémon in Master League?

That’s honestly a great question. We can’t deny the fact that Zacian is literally everywhere for a reason. It’s versatile, hits like a truck and it also has a great typing. All in all, Zacian has it all to succeed in the ML meta.

However, like every single Pokémon in the game, it also has its flaws. Zacian usually can’t farm down its opponents with Snarl, and it’s forced to use a charge move to do any damage. Furthermore, Close Combat and Wild Charge are self-debuffing charge moves that will make Zacian vulnerable to opposing moves.

Overall, Zacian dominates the Master League. But does it exert a greater influence on the meta than Best Buddy Dialga? That’s up for debate.

After 10+ seasons, BB Dialga is still one of the best Pokémon (if not THE best) in Master League. In fact, very few Pokémon wall it (Excadrill being one of its hardest counters, and Melmetal, just to name a couple of them). And even then, Dialga can still have some play. For example, Excadrill can’t take a Draco Meteor despite resisting it, and Melmetal also doesn’t want to take it in between 2 Superpowers. In fact, tanking a DM from a BB Dialga like a champ is something very few Pokémon can do. A Dialga in the back with 2 shields is usually unbeatable, as Dragon breath damage adds up quickly.

Dialga’s typing is also great. Being a dragon that resists dragon type damage is just too good. Rocking 8 single resistances, 2 double resistances and only 2 weaknesses (fighting and ground), Dialga’s typing is probably one of the best in the entire game. Fighting types are not very common in the ML meta, but you can expect to see some pseudo-fighters (non-fighting type Pokémon using fighting type moves) such as Melmetal or Zacian. The most notable ground-type move users in the current meta are DR Excadrill, EP(*)/EQ/ST Garchomp, EP Lando-I and EQ(*) Ho-Oh.

It’s hard to say which Pokémon is better in the current meta, but we can’t deny the fact that both Pokémon seem to be in a tier of their own.

Zacian as the Master League Underdog

You might be looking at your Pokémon storage and wondering why you didn’t raid Zacian as hard as you should’ve. There are two potential reasons for that:

But why did meta analysts underestimate Zacian? I can’t speak for everyone, but one of the potential reasons may have been that predicting how a Pokémon like Zacian performs in the meta based on raw simulations is quite tough.

And the answer is that simulating how trainers run Zacian irl can be pretty challenging. PvPoke is undoubtedly the best tool out there for anything PvP-related, but its AI often cannot capture how trainers run a specific Pokémon, especially a Pokémon with self-debuffing moves such as Zacian. The difference between landing a Close Combat before or after a charge move from the opponent can flip a certain shielding scenario, so that’s something to consider. If you play in the current ML meta, you’ll soon realise that Zacian is way better than that.

Like every single Pokémon, Zacian also has its own counters.

However, Zacian’s counters vary significantly based on what moveset it’s running:

There are 2 spicy picks that wall the heck out of Zacian in ML: Poison Jab Roserade and Nidoqueen. They resist every single charge move Zacian can throw at them… but good luck using them in Master League outside of the Zacian counterswap scenario.

A Pokémon that has great potential to counter Zacian is Melmetal, assuming it gets access to its signature move Double Iron Bash in the future.

Overall, Ho-Oh seems to be the hardest counter if Zacian is not running Wild Charge and Metagross seems to be a pretty solid check in all scenarios. However, you’ll likely have to shield a Close Combat if you’re not fast enough in the counterswap play.

As you can see, Zacian has its checks and counters, but there’s no real hard counter that walls it 100% of the time. That’s one of the main reasons why it’s such a good Pokémon in the current meta.

Zacian’s Influence on the ML Meta

Zacian is literally everywhere this season, to the point where trainers have had to adapt to the current Zacian-heavy metagame.

A good example of Zacian’s influence on the ML meta is the fact that the popularity of Pokémon such as Metagross has gone up significantly this season. Metagross is by no means a bad Pokémon, but it was nowhere near top-meta in Season 9.

Another interesting fact is that some trainers now run Flash Cannon on Melmetal to specifically counter Zacian. It’s not something I would probably recommend, but an interesting fact nonetheless.

As discussed in the previous section of this article, Zacian does not have a hard counter that walls it 100% of the time. Well, at least not one that can be considered meta. But Zacian is no longer an underdog this season. Trainers know the move counts and how to play against it, so keep that in mind.

If you think that the Hero of Many Battles form was already OP, wait until you know that there is another form with (even) better stats.

In Pokémon Sword & Shield, Zacian transforms into the Crowned Sword form by giving the Rusted Sword item to its Hero of many battles form. In the main series games, if Zacian knows Iron Head while entering a battle in its Crowned Sword form, Iron Head will become Behemoth Blade (its signature move) for the duration of the battle.

It’s still unknown how this mechanic will work in Pokémon GO, but Behemoth Blade could be yet another great STAB move in Zacian’s arsenal.

If you take a look at the stats of this form, you will see that it even tops the already great stat spread of the Hero of many battles form. So this thing has great potential for sure. In fact, if you play VGC in the main series games, you probably already know how powerful this thing can be.

And you thought Zacian-H had a great type chart? How about adding 6 extra single resistances, 1 extra double resistance and even 1 TRIPLE resistance to dragon type attacks?

If you want to know more about its lore in the main series games, I’d recommend checking out this article.

As always, here’s the tl;dr of the article: