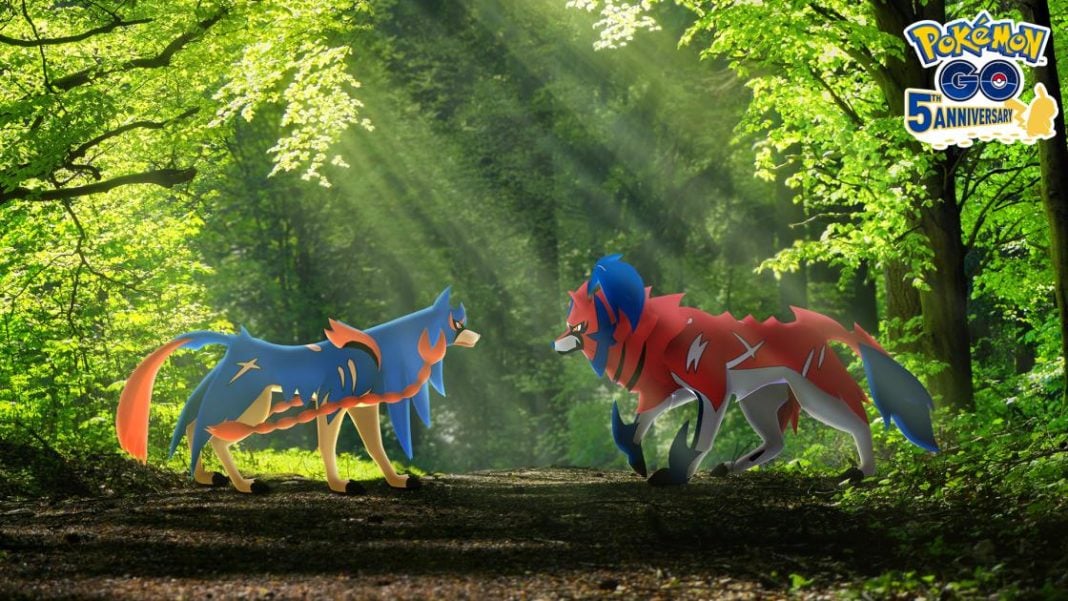 We finally have news on part 3 of the Ultra Unlock, and what a surprise it is! Let’s dive right into this rather unexpected turn of events.

‘Trainers,
Hoopa’s mischief from Pokémon GO Fest 2021 continues with the final part of our Ultra Unlock event—Part 3: Sword and Shield! No one could have predicted that Pokémon originally discovered in the Galar region of Pokémon Sword and Pokémon Shield would be making their Pokémon GO debuts!’

The final part of this year’s Ultra Unlock will feature the Pokémon GO debuts of two Legendary Pokémon first found in the Galar region, Zacian and Zamazenta, in their Hero of Many Battles forms!

It appears that the one who brought them to Pokémon GO was none other than Hoopa, which recently caused mischief during Pokémon GO Fest 2021.

Skwovet and Wooloo will be appearing more frequently in the wild! You can also look forward to finding Galarian Darumaka, Trubbish, and more! If you’re lucky, you might encounter Falinks!

Complete event-exclusive Timed Research for a chance to encounter Pokémon first discovered in the Galar region!

Starting on Thursday, August 19, 2021, at 3:00 p.m. PDT (GMT −7), uniforms that appear in the Galar region will be available as avatar items in Pokémon GO! Pick up the Gym Challenger Uniform avatar item for free, which is worn by Pokémon Trainers challenging Gyms in the Galar region. If you want to show off your Dragon-type or Dark-type pride, you can purchase Dragon-Type Sport Uniform and Dark-Type Sport Uniform avatar items in the shop.

Starting on Friday, August 20, 2021, at 10:00 a.m. local time, event-exclusive Gift stickers will also be available! Pick them up in the shop or by spinning Photo Discs at PokéStops and Gyms.

In addition, you can look forward to challenging different Pokémon in raids during each week of the event.

Update on Falinks from Niantic

Trainers, Falinks will be removed from three-star raids for the duration of this event due to a bug causing it to appear distorted. Falinks can still be encountered in Field Research, and will appear more frequently in the wild.

Zacian in its Hero of Many Battles form will be appearing in five-star raids. You can also lookout for a Raid Hour event featuring Zacian happening on Wednesday, August 25, 2021, from 6:00 p.m. to 7:00 p.m. local time.

Zacian (Hero of Many Battles)

Mega Beedrill will be appearing in Mega Raids. Mega Evolve Beedrill for an advantage against Zacian in its Hero of Many Battles form!

Galarian Meowth, Galarian Ponyta, Unown U, and Galarian Darumaka will be in one-star raids.

Snorlax, Galarian Stunfisk, and Gengar will be appearing in three-star raids.

Zamazenta in its Hero of Many Battles form will be appearing in five-star raids. Look out for a Bonus Raid Hour featuring Zamazenta happening on Monday, August 30, 2021, from 6:00 p.m. to 7:00 p.m. local time.

Zamazenta (Hero of Many Battles)

Mega Pidgeot will be appearing in Mega Raids. Mega Evolve Pidgeot for an advantage against Zamazenta in its Hero of Many Battles form!

This event is a real shock! With many trainers predicting the appearance of Hoopa, or Arceus, instead we take a sudden trip to the Galar region! This gives us brand new generation 8 Pokémon for the first time, that don’t have other forms from other regions, and don’t evolve from them. Sword and Shield have proven hugely popular, so we are excited to see where this jump ahead in regions takes. With a huge amount of gen 6 missing, (never mind poor Kecleon!), and no generation 7 (bar Meltan), this is a really unexpected event to look forward to.