The Menace of Shadow Salamence

With new Team Go Rocket Leaders line-up beckoning to us from the days leading to the end of January 2022, perhaps no other Shadow Pokémon has been as coveted as Shadow Bagon.

More often than not, Arlo uses some of the most menacing mons in the meta and he amps it up by sending out a Shadow Bagon. It is worth noting that Shadow Bagon isn’t new to the game. It was available for a short period of time a long time back and many trainers didn’t even have it.

But now is the time!

Since it’s an encounter resulting from a Team Go Rocket Leader battle, Shadow Bagon can be shiny! Add the option to TM away Frustration and it is easy to see why there’s so much hype.

We all know Salamence to be a Dragon type DPS monster in PvE. So how does Shadow Salamence perform with its shadow boost? Or, how does it fare against the might of Mega Salamence?

Also, is there any way that Salamence could be more viable in PvP?

Let’s find out all about it!

Shadow Salamence in PvP: What’s wrong and how it can be improved? Is it worthwhile?

Most of the evolutions lines of pseudo legendaries don’t have much say in PvP except their final forms of course. Sure, Zweilous is good in UL and perhaps, Dragonair can put in some work but most of the others don’t make the cut. Unfortunately, Shelgon isn’t making any waves. As my friend and colleague JRESeawolf pointed out in his overall analysis of the new shadows, Shadow Shelgon can make some noise in GL but the shadow variant goes downhill.

With Salamence, it gets tricky.

It has a pretty pathetic showing in the Open ML meta. The dragon of the hour, Shadow Salamence, improves quite a bit in the same ML format. But, it’s still bad, Very bad.

Yes, Salamence doesn’t really come with the best bulk but then a glassier Dragon type like Haxorus is a worthy addition to the entire Master League meta.

Why? Simple. Hax has a better movepool when it comes to PvP (Counter, Dragon Tail as fast moves and Dragon Claw, Night Slash and Surf as viable charge moves).

Among the most viable moves that Mence can learn include Dragon Breath, Shadow Claw, Dragon Claw and Fly. Now it would be too generous to assume we would get up to 2 news moves in its arsenal. The possibility does exist though… one can give this fierce dragon new moves through a move rebalance or even another Community Day. All this is wishful thinking and we should assume only 1 move to be possibly added to the movepool.

The addition of Fly turns Shadow Salamence into a very powerful Flying type despite lacking a Flying type fast move.

In the Open ML, Shadow Salamence with Fly makes its presence felt irrespective of what its other charged moves it.

Dragon Claw is an amazing PvP move. Dealing 50 DMG at just 35 energy is nice and it helps mons like Dragonite and Haxorus be formidable in the format.

With Dragon Claw, Shadow Salamence gets much better than its former self and can put in a muscle in many matchups.

Unfortunately, Dragon Claw does no favours to Shadow Mence in PvE.

Once again, Shadow Claw does improve the current stance but it’s just average.

Any of the above moves definitely do improve Shadow Salemence and bring it to Haxorus levels of performance in the ML meta. In other words, it turns Mence into a spice pick.

This concludes that Shadow Salamence (and even Salamence for that matter), can be improved to make itself useable in the ML meta by giving a new move or two. And by saying “useable”, it indicates that Shadow Salamence can be included in a fun ML run but definitely not a reliable one. It simply won’t reach the levels of Dialga, Palkia, Dragonite and Garchomp.

As for the current state of Shadow Salamence, this dragon would more or less lead to your avatar clapping for the opponent. You will always have better dragons to get the job done.

Shadow Salamence in PvP. Spicy but you can pass. 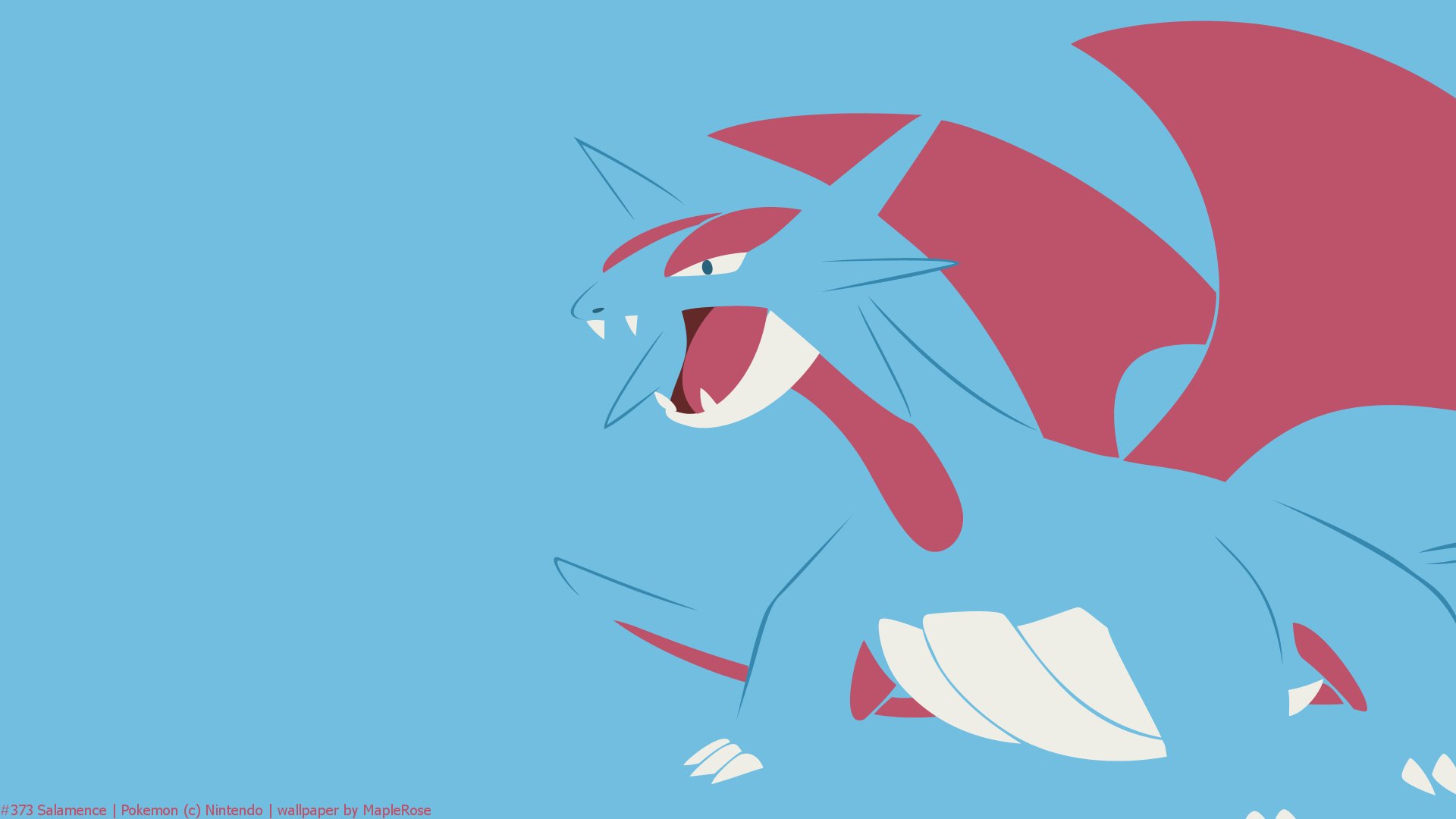 Shadow Pokémon, by essence, have their ATK boosted by 20% whilst compromising the same amount in its DEF.

With an ATK stat of 277, Salamence inherently deals massive damage. With the shadow boost, it goes to another level altogether.

Let’s compare Shadow Salamence with the other top dragons in the meta:

Shadow Salamence’s DMG output is legen… wait for it… legendary! In fact, judging by the above comparison, Shadow Salamence is going to hit harder than the premier Dragon type legendaries in the meta right now.

And the best thing about shadows? They are better than hundos!

Let’s get into this!

Salamence has an ATK stat of 277 in Pokémon GO.

AND… it gets a 20% boost to its ATK in its shadow form. In other words, its ATK increases by 1.2x

Overall, a Shadow Mence of even 0 IVs will end up dishing out 13.83% more damage than your perfect Hundo. A Shadow of 15 ATK will straight away deal 20% more damage (as the shadow boost promises!).

While your Hundo is bulkier than your Shadow, the latter will still give you more TDO.

Overall, it’s easy to see why Shadow Salamence is a DPS monster that would tear off chunks of HP from the raid boss. Dodging is strongly recommended though!

Go beat Arlo and get that Shadow Bagon! No matter what the IVs are, it is going to become an absolute monster that will terrorize the PvE meta.

For the love of Croissant: Mega vs Shadow 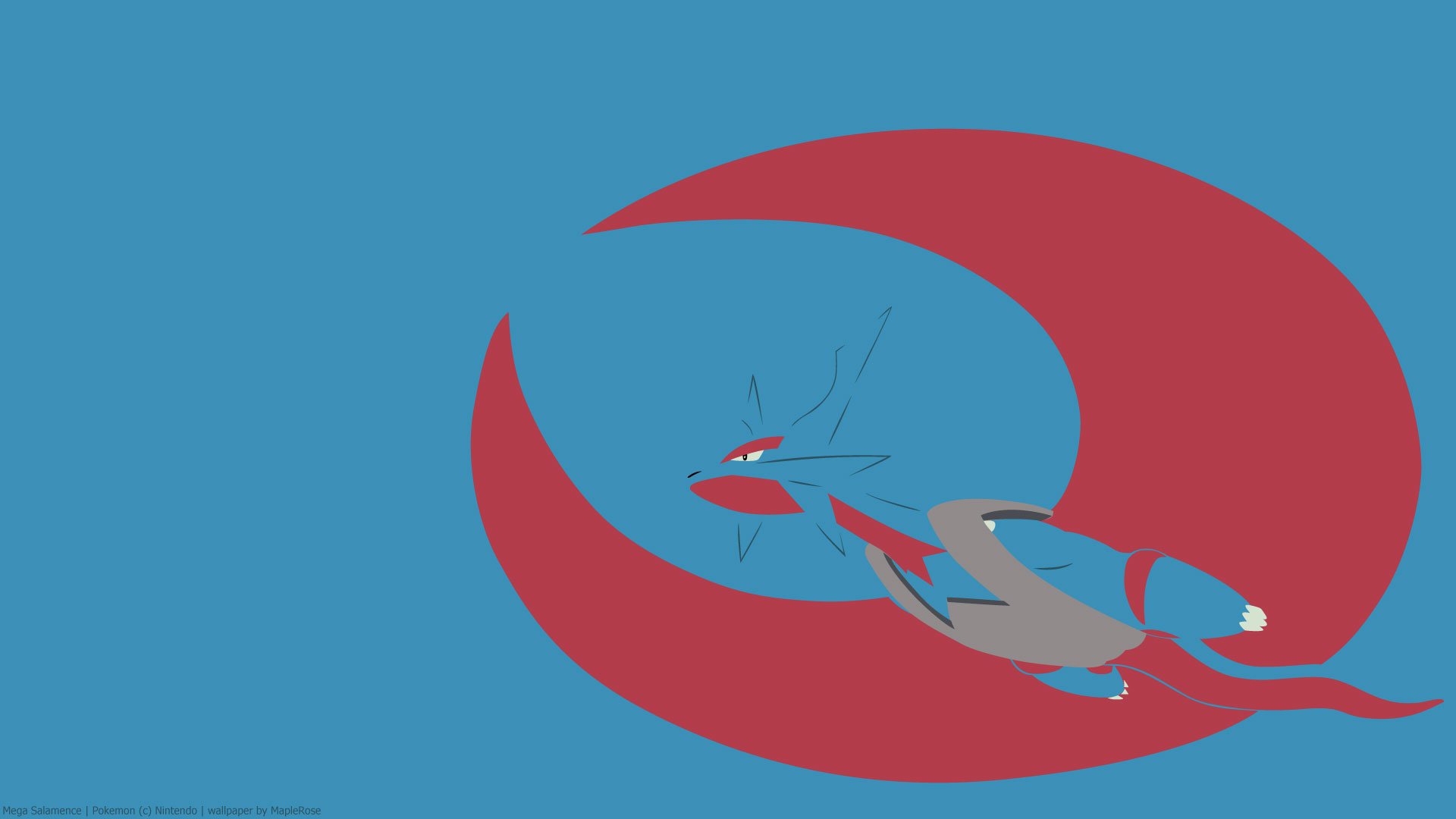 While not confirmed, the stats for Mega Salamence are projected to be:

These stats are undoubtedly amazing and Mega Salamence gets a welcome boost to its bulk with that juicy 251 DEF, something that base Salamence severely lacks.

In conclusion, even a 0 IV Shadow Salamence surpasses a perfect Mega Salamence in raw DPS.

However, it should be noted that Mega Salamence has a lot more defense stat.

In conclusion, a Mega Salamence overwhelmingly surpasses a Shadow Salamence in bulk.

The Mega vs Shadow Conclusion

The Shadow outright deals more damage and the Mega has more meat to its bones, being way bulkier. Wayyyy bulkier, that is.

Well, if you’re using them in gyms, Shadow Mence easily dishes out more damage. No doubt about that.

However, Megas in general have a major trump card up their sleeve: The Mega boost in raids!

With this boost, the damage potential of Mega Salamence goes to astronomical levels, making it more powerful than shadows.

So ultimately, the Mega takes the cake when it comes to both damage and bulk in raid battles.

That said, Shadows are not lost in the dark due to this…

You see, Shadow mons can be used anytime you want without any special requirements (other than an Elite Charged TM usually). But your Megas last only for 8 hours at a time and does not need to get themselves replenished (like you have to eventually ‘recharge’ your Mega Energy).

Both Shadow Salamence and Mega Salamence have their perks.

Salamence is an amazing Pokémon and Dragon type alike.

The Shadow variant undoubtedly takes it crazy ATK many notches higher, making it an absolute freak damage machine in the PvE meta.

Regardless of what impact Mega Salamence has in the meta, Shadow Salamence will always have a spot. Sure, more and more dragons could eventually surpass it down the line. But the essence and terror of this pseudo legendary will always remain.

Fade to the shadows…

I kinda ripped off some lyrics from Metallica’s infamous The Memory Remains here but it had to be done, considering how Meta(llica) Shadow Salamence is!

All the best on getting and powering up a Shadow Bagon to the high skies that it always wanted to reach!