With all the GO Fest news, the Chester Heritage Festival went a bit under the radar, although it was a spectacle of history and Pokémon GO alike.

Big Heritage, the mastermind behind the entire Festival, has done an amazing job with the event, launching Pokémon GO players on a trip through time in order to fill their PastPort and learn about Chester’s history. 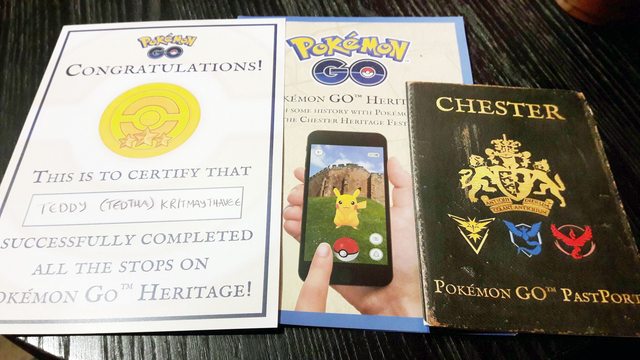 In contrast to the GO Fest, the the Chester event has been hailed a massive success with organisers estimating it brought £3m spending power to the city.

The event spanned over the majority of the city, and every corner of Chester appeared to be packed with hundreds of Pokémon Trainers. 120 PokéStops were added at key historic sites in order to provide incentive to Pokémon GO players. These stops were all created by the Big Heritage organisation and later on imported by Niantic.

The INSANITY of a level 4 Pokemon Go Raid in the centre of Chester during the #ChesterPokeGo event! #PokemonGo #pokemongoch pic.twitter.com/n8fGZzHIPz

In addition to the well organised and well coordinated event, the Big Heritage ensured that every visitor has access to a sleeve of amazing memorabilia, maps and pins. They even prepared a great Facebook FAQ that covers literally everything you need to know if you’re attending the event (parking, getting around, maps, accommodation, food, safety, etc). 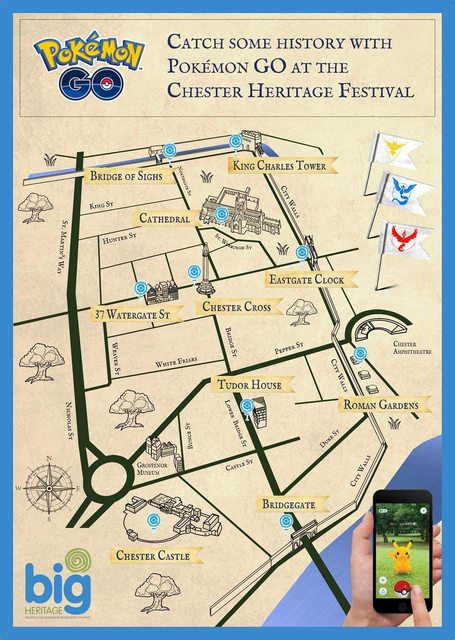 And the results are astonishing and they stand strong as a testament to how a successful Pokémon GO events should look like. Chester showed how wonderful Pokémon GO players can be, as the Big Heritage published the following statement in regards to incidents and police:

On another note, Cheshire Police have contacted us to say how amazed they were to have such a massive event without one single police incident. You were an absolute credit to yourselves and the city of Chester loves you for it. Well done guys.

And yes, Legendary Pokémon (both Lugia and Articuno) appeared to a massive success: