Articuno is an Ice and Flying type Pokemon, with 40165 Boss CP and it can be caught with following perfect CPs:

Articuno is double weak to Rock-type attacks, which makes picking counters super easy: Smack Down Tyranitar is on top, followed by an army of strong Rock users, like Omastar and Golem. 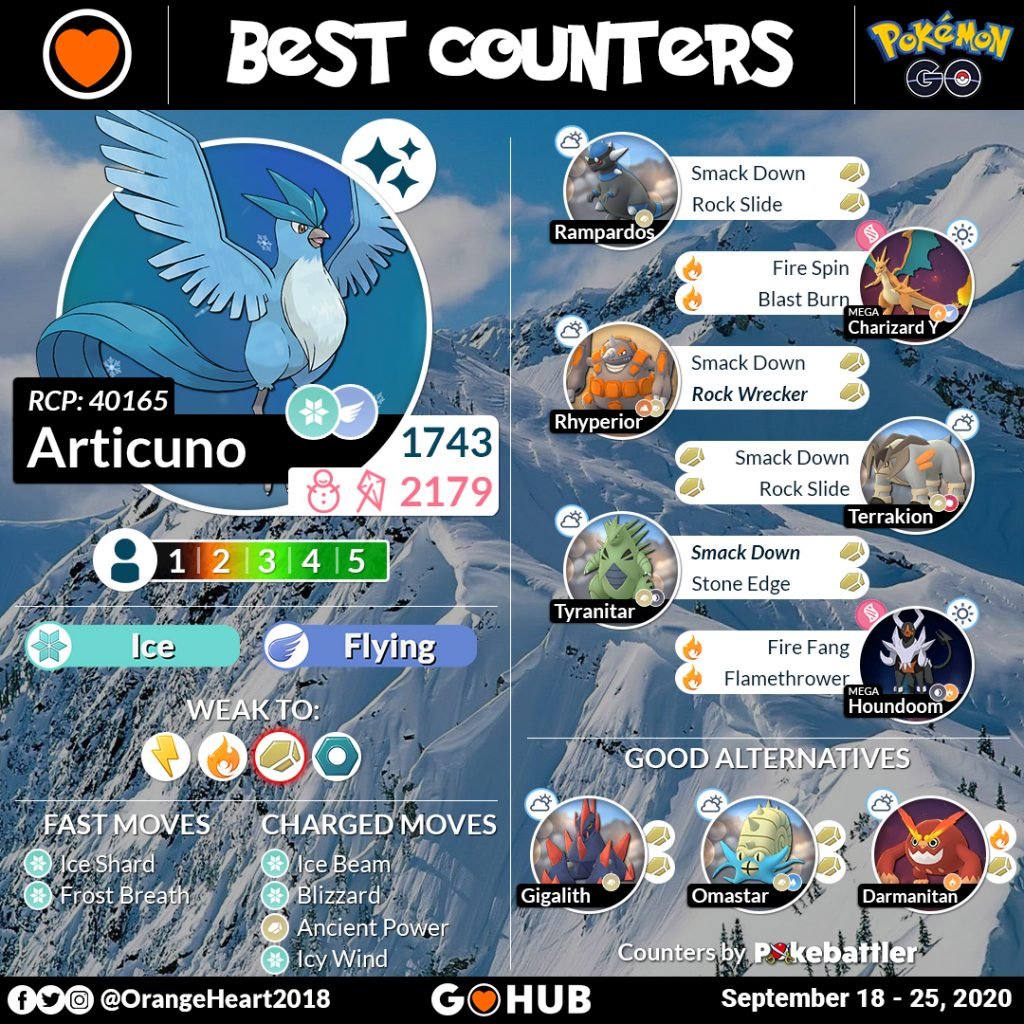 Articuno is easy to predict, as it mostly has Ice type moves available, and the time to win is relatively the same for each moveset.

Blizzard poses the biggest problem in time to win, however, the difference between it and the best moveset, Icy Wind, give or take is ten seconds. Those looking to break some records and go for low-man raids had best find a Frost Breath/Icy Wind moveset to tackle.

We already explained these counters above, but let’s recap once again. Articuno’s type chart reveals a glaring weakness to Rock (196% damage taken from it) and we use that to defeat it easily. Smack Down / Rock Slide Rampardos is the best counter under every weather, no exceptions. Should you not have a Rampardos yet though, Tyranitar still makes for an excellent counter.

All in all, a team of solid Rock attackers are a great option to counter Articuno in every weather, hands down.