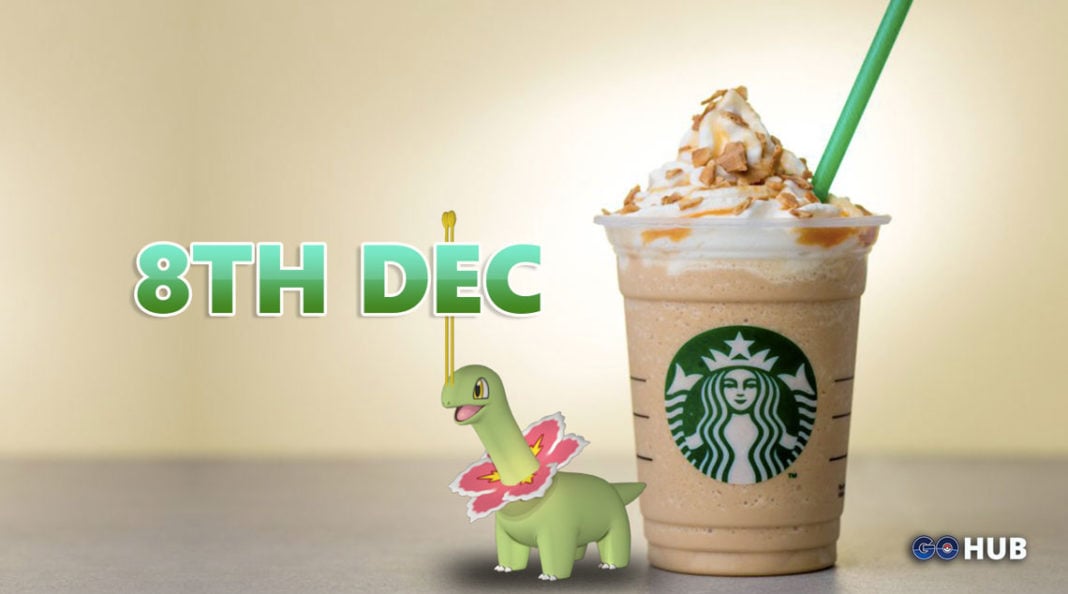 A few hours ago, more details about the “Starbucks leak” and rumored Generation 2 release have leaked. A number of Starbucks employees posted pictures confirming and debunking some of the initial speculations.

This first image to leak highlights Thursday, December 8th as the new date for a Starbucks event. It also gives instructions to current employees on how to treat customers. 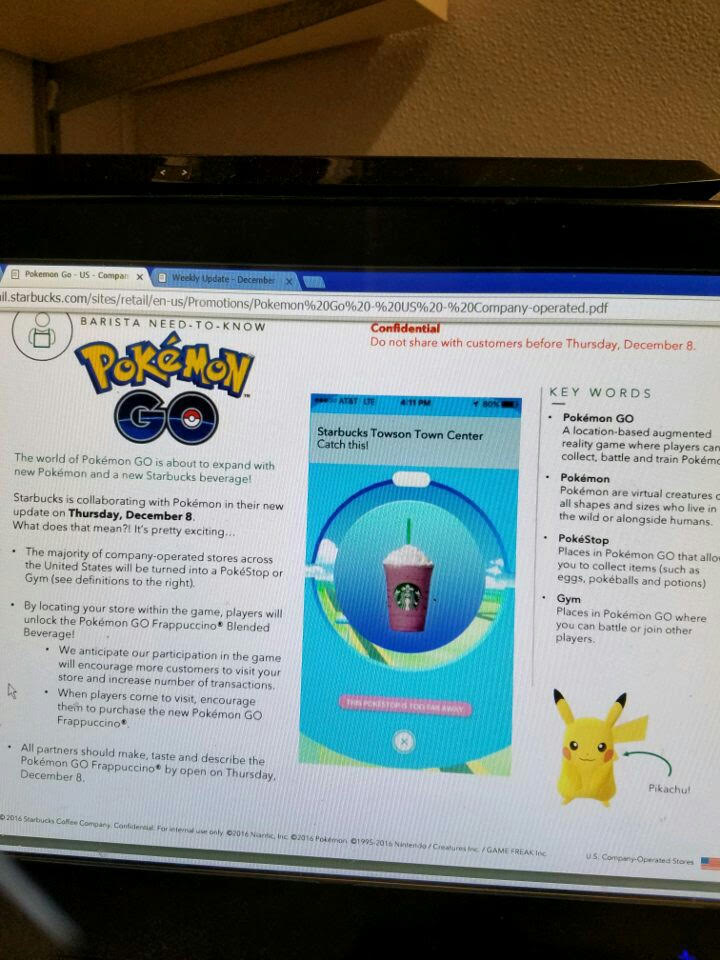 As speculated, a number of Starbucks Stores are to become Gyms or PokeStops. This information was given away on the second page of the leak as it instructs Store Managers to prepare for transactions increase when it happens: As mentioned in the leak, nearly all Starbucks Stores in U.S. will become either Gyms or Stops. Interestingly, a small number of stores was left out due to Niantic’s requirements. It is not yet known what these requirements entail.

Another detail was also leaked: customers will see the Pokemon GO Frappucino within the game. We are not sure how this will look, as Niantic is moving into uncharted territory here.

The event lasts from Thursday, December 8th until supplies last.

Third and final image shows the printed version of the e-mail sent out by Starbucks today:

There is no mention of Generation 2 or any special release. A few things to note here: