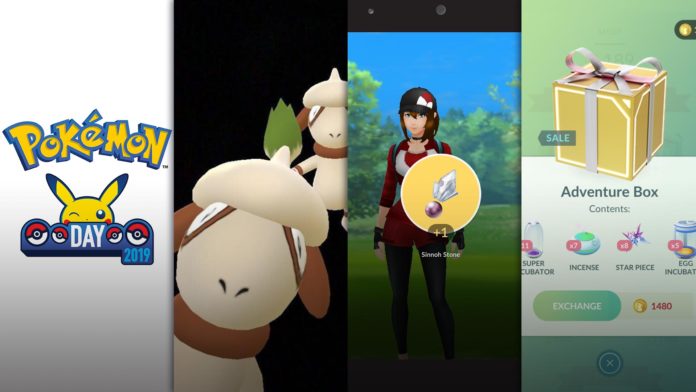 No one can say Niantic has been slaking recently when it comes to caring for this game, because there is almost never a dull moment in the world of Pokémon Go! The often teased Smeargle has finally made its grand appearance in the game. PvP rewards have changed for the better. Adventure Sync was all out of sync. Last, but not least, we have a celebratory event for the anniversary of Pokémon. Without further ado, let’s dive right in.

At long last, the Painter Pokémon has finally arrived with the forced update for iOS and Android. It is nice to confirm too, that Niantic did not disappoint with this long-awaited Painter. 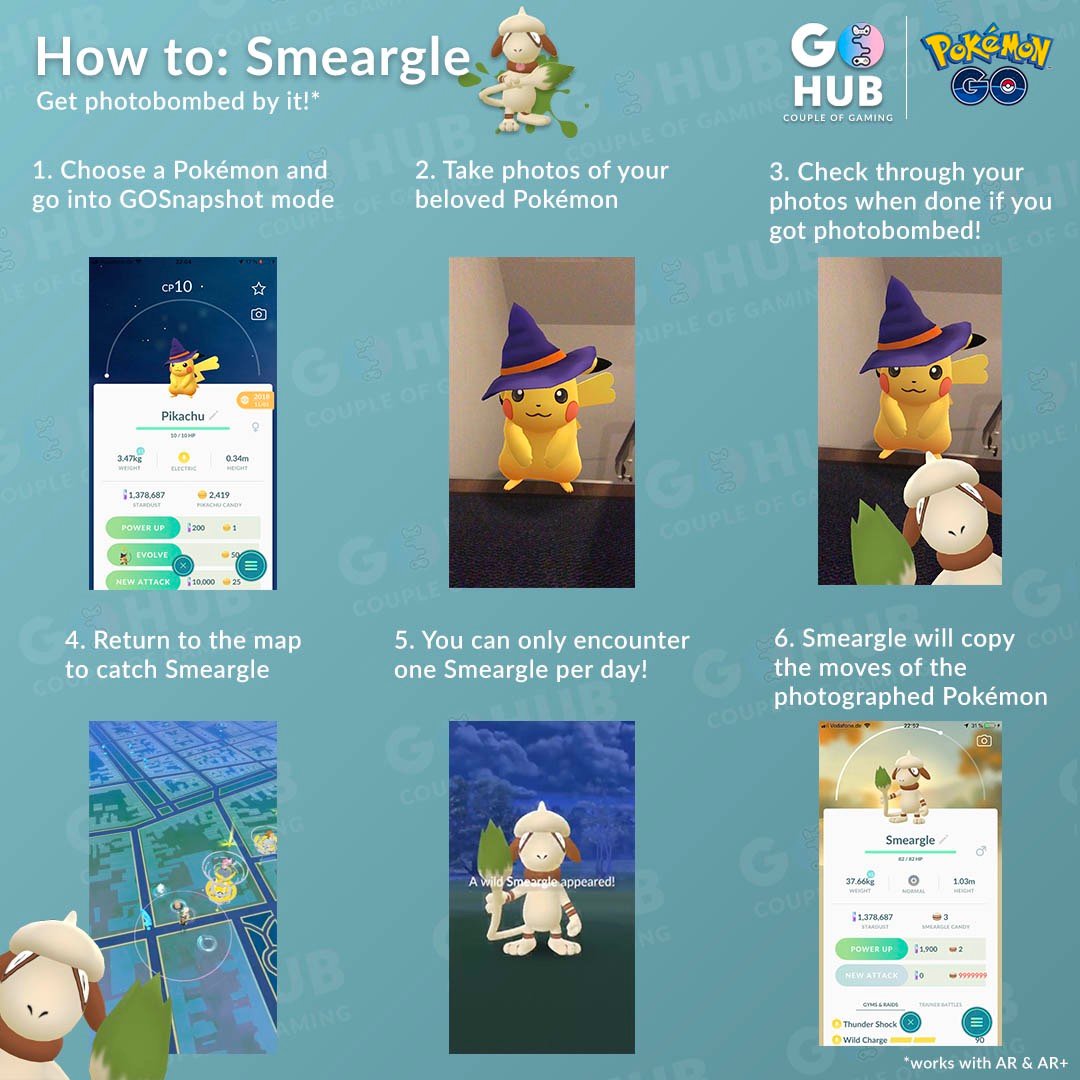 Smeargle can be found when you use the new Go Snapshot feature, photobombing the pictures you take when you are viewing them to share. Then, when you go back to the overworld, you will find a Smeargle to catch! When you do catch it, it will have copied the moves of the Pokémon it photobombed, with only a few exceptions (It cannot learn Transform, along with a few other niche choices like Brine and Smack Down). While it is a one-a-day encounter, the thought of Smeargle truly being able to learn most moves in the game is nice and shows Niantic wanted to do right by Smeargle.

Today, we got the announcement of a new event, that is rather short but is not lacking in content. We have a full announcement article here for all the details, and prior to the event start on the 26th, at 1 p.m. PST, we will have a full event guide that will be linked here upon its release. For the gist of it in a nice shareable format, however, here is a graphic on the event: 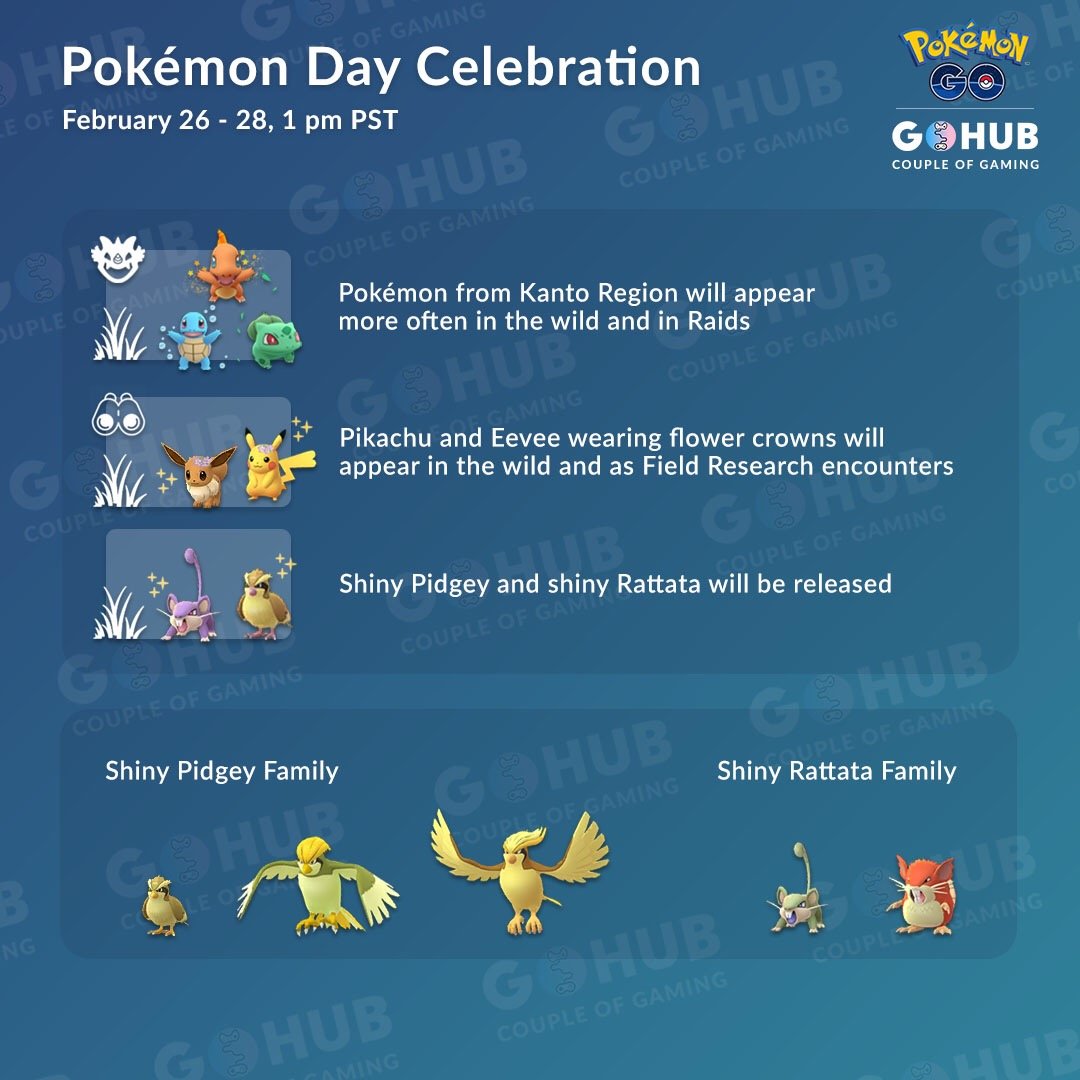 A new box has appeared in the store, calling itself the Adventure Box, and it fits with that theme perfectly. It is perfect for the adventurer out there, boasting the following items at the price of 1480 coins:

It is quite a value for what it offers, and if you are looking to hatch eggs, be it for that shiny baby or the elusive Riolu, this is one of the better deals we have had for incubators and it is well worth it. Don’t forget March Community Day is right around the corner and includes the bonus of 4x Incubator Effectiveness!

Adventure Sync Out of Sync?

Trainers around the world at 9 a.m. local time were surprised to see that the distance they saw rewarded for Adventure Sync did not add up. In most reported cases, the distance they received rewards for, was less than what they walked. In the case of the writer of this article, their rewards came from walking 26.1 km., even though the trainer screen reported

27.2 km. Or worse, the difference putting them into different reward tiers, such as another user who showed they walked 52.6 km., but only received rewards for 44.9 km. walked.

People on Reddit have been posting and researching the issue, and as of now, there has been no response from Niantic on the matter. All we can hope for trainers is that Niantic fixes it for the next round! At the very least, the increased stardust from last week is here to stay so 6k dust is nice. . .

Trainers discovered that Niantic has added two incredibly useful items to the pool of rewards, Fast TMs and Charged TMs. Previously, these items were limited to Raids and some Research Rewards for Special Research in limited quantities. Considering the usefulness of these items, especially Charged TMs, combined with their overall rarity in the raid reward pool, another avenue to obtain them is welcomed. With these additions, here is the current list of possible items you can receive from PvP: