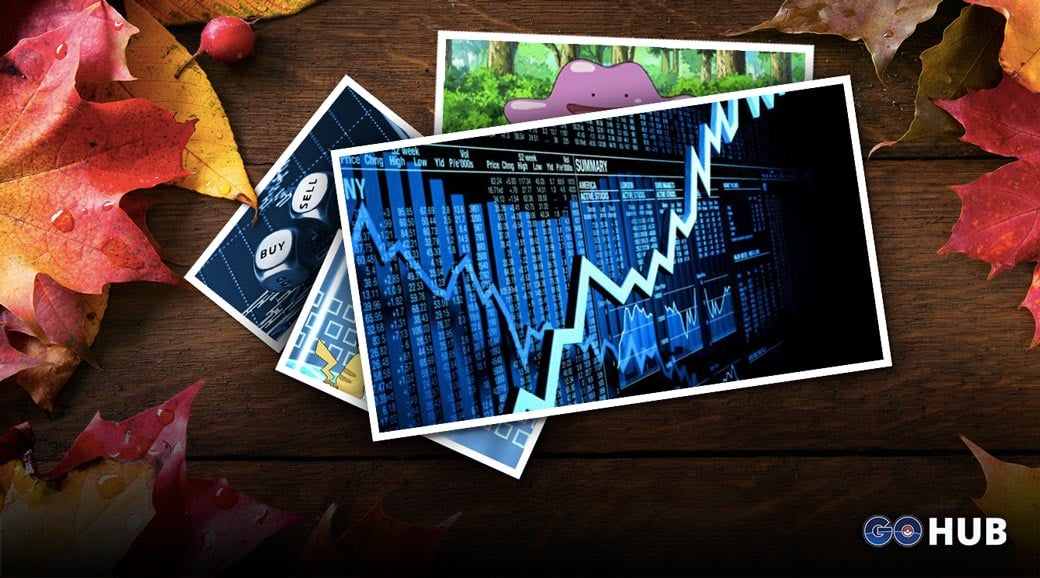 Three days ago, we leaked the Buddy system and were thrilled to see players response and reactions. Yesterday, Niantic confirmed it with a peculiar ending sentence. “We’ve got a lot more in the works this fall.” ends the official statement announcing the Buddy system on the Pokemon GO website.

As a company, you never give away dates/time frames or estimate with no purpose. Let’s go straight to it: Pokemon GO Trading is coming this fall and we have some valid proof to back it up.

There are multiple evidences in the code base that were previously data mined that prove the existence of a Trading system. Today, we have more evidence and correlation to back this up.

In our previous speculation post on the same subject we contracted a fellow developer to help us build an estimation model for upcoming features. As we discussed, he explained that building “CRUD like features” is fairly simple. CRUD is an acronym that stands for ” Create Read Update Delete” and refers to systems/features that have little to no business/game logic inside. The only logic these systems have is creating, reading, updating and deleting data.

A trading system is a glorified table CRUD, with players offering, requesting and responding to data changes. It has no business logic, no game rules, no collision detection and no 3D rendering components, thus making it fairly simple. In his own words, “building a trading system is not reinventing the wheel, it only depends how complex you want it to be.”

Our previous estimate for the release date of Pokemon GO Trading was October 2016 and we still stand by that date. Let’s not forget that companies like Bloomberg have implemented wire trading 30 years ago. We are talking about the time when DOS ruled the world, screens were huge and keyboards were loud.

This is our “weekly effort estimate” for Pokemon GO Trading, as validated and confirmed by our developer contractor:

Interestingly enough, we’ve seen Niantic releasing small client only features recently – the Appraisal process. From our previous experience with building an IV calculator, it took them a maximum of 2 days in developer and designer work to create it.

It’s client side, does not communicate with the server, uses limited art resources and is fairly simple. Heck, building a fully fledged IV calculator is even more difficult than building their version of IV approximation.

Even the Buddy system looks incredibly simple to implement given it reuses the existing Pokemon idle models, Egg distance calculation and Trainer preview screen. Wondering why you are not able to see your Pokemon Buddy walk next to you on the world map? Easy, there are no walking animations for Pokemon and Niantic doesn’t want to loose time on them currently.

Ok, but why is any of this relevant to upcoming Fall changes? Because content padding and filling the content gaps indicates that a large change is coming.

The current state of the game is not stellar by any measure. Player base got reduced by almost 30% and with the content drought that’s currently in effect, it’s not easy to keep players engaged.

Ergo, features like Appraisal process and Buddy Pokemon were conjured and implemented. Both features are reusing existing game data, infrastructure and require little effort to re-engage players. We are talking about buying time here.

Just consider the Buddy Pokemon feature. After we first data mined it on this Wednesday (31/08/2016), both the players and the Internet went bananas. Not only the news exploded, the hype reinvigorated communities like /r/pokemongo. In a day, the front page of that sub reddit changed from 100% NaCl to “we love this game again”. Also, check the Google Trends results below for “pokemon buddy” search term.

Niantic is buying time with small and easy to implement features – they are fighting their way towards releasing the Trading system in Fall. Now, that makes sense in a multitude of ways:

Why Trading and not Tracker or Trainer Battles?

As you probably have guessed, the Trainer Battles system is much more complex and challenging to implement. We’re not expecting it any time soon, especially not with a competitive module and ladder system as some players speculated.

The Tracker will probably go live before Trading, just to encourage players to re-engage and go outside again before the temperatures go down. We don’t believe that the big changes that are coming include releasing an existing feature.