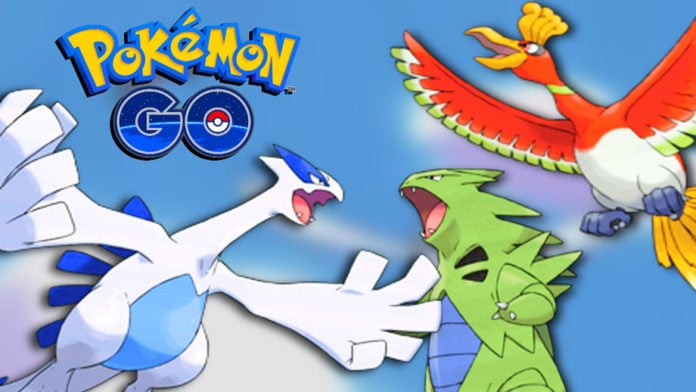 You know what’s up – it’s Monday and Halloween is almost over, which means tomorrow will be a much slower day than today, at least when it comes to Candy and Gastly acquisition.

Don’t fear Trainer, we got your covered! Here’s a little sneak peak into the future and the changes Generation II is bringing.

From the mysterious Unown alphabet to Pokemon that can change landscape when enraged, Generation 2 is an emotional rollercoaster picking up right where Gen 1 ended. Let’s do this.

Before we start, remember that none of this is confirmed by Niantic, but all of it was a part of Gen II, so it should be in Pokemon GO also. It’s not like they can NOT include Baby Pokemon or Unown.

P.S. Here’s some music to get you up and running. Don’t judge!

We are getting some interesting additions to a number of familiar Species, mostly in the form of new Baby Pokemon. Baby Pokemon are cute, small and still yield Candy for interesting evolutions like Pikachu and Jiggly!

Correct us if we are wrong, but getting some more Jigglypuff and Pikachu Candy is going to be sweet! Maybe we’ll finally be able to get a good enough Raichu to replace our Jolteons!

Yes, of course there is a number of “useless” Pokemon here, like Elekid and Magby, but overall it’s an interesting addition.

It’s also likely that Baby Pokemon will replace their current evolutions in Eggs, as it makes no sense to have both Pichu and Pikachu as possible Egg hatches. You can see how a Generation II egg chart looks like here.

Ingress is big on puzzles and riddles. The Unown Species could be the perfect platform to introduce puzzles and some light riddles to Pokemon GO.

It’s the perfect mechanism for coding, especially when you remember that the core series already featured a similar concept with the Unown Report / Unown Mode!

Check this Unown Alphabet table and just imagine the possibilities: 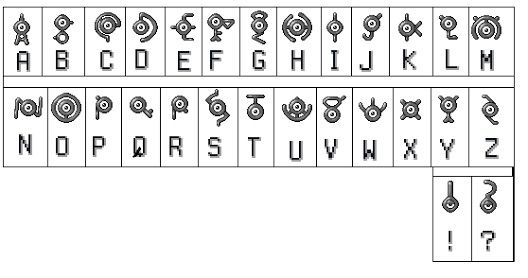 We are not sure how Niantic would implement Unown collection, we speculate it’s gonna be a new medal or something along those lines, but it’s possible we will get a special page for Unowns.

Tyranitar, our Lord and Saviour

Ladies and gentlemen, step aside please, a new addition to God tier Pokemon is here. Meet Tyranitar and his Max CP of 3654. Absurd amounts of power, this is basically the Dragonite of Generation II.

With elite stats, incredible moves and crazy Dark and Rock typing, Tyranitar is going to be a blast. Also, let’s not forget he can transform landscape when he’s enraged!

Here’s what Bulbapedia says about him:

“If enraged, Tyranitar sets off outstanding earthquakes that can completely change the entire landscape, often forcing cartographers to draw up new maps. It lives in nests made from demolished mountains.”

This is turning out to be a long list, but Generation 2 did introduce some incredible Pokemon, like the two legendary birds: Ho-Oh and Lugia.

We’re in love with Lugia, Ho-Oh takes the second place in our hearts, but just a chance to witness them is going to be amazing. And Lugia, oh Lugia… who can forget Pokemon 2000: The Power of One.

Let’s end here. Enjoy the rest of your Monday! 🙂