A year and a half ago, on January 5th of 2021, Genesect finally received its first of four elemental “Drives” that grant Genesect its signature move Techno Blast. On the very last day of 2020, I released an article detailing what Techno Blast does for Genesect in all three leagues, hopeful at the time that they’d all be coming in the relatively near-term future, and possibly be able to be Elite TMed onto Genesect in multiple flavors, even in Great League.

Now here we are, nineteen months later, and we have finally come to the last of those four Drives. And if you recall that original writeup from long ago, Chill Drive was one to look forward to.

So let’s go back and drag up that old analysis, but update it with the meta as it stands all this time later. Is Chill Techno Blast still worth it? Let’s see, after we briefly break down Genesect itself.

But before even THAT, a brief Bottom Line Up Front to set the table.

Now let’s get into the deep dive!

Steely Bugs are rather commonplace now, with things like Scizor, Escavalier, Trash Cloak Wormadam, and even the occasional Forretress popping up through the various GBL Leagues and The Silph Arena and elsewhere. But there’s only that’s not just Legendary, but downright Mythical, and that’s Genesect.

Generally those Steely Bugs are somewhat bulky, with the exception of Scizor. Well uh… Genesect is even a bit flimsier than Scizor. So it’s good that the typing combination itself is pretty good defensively, with Genesect resisting Dragon, Fairy, Ice, Psychic, Normal, Bug, and Steel damage, double resisting Poison and Grass, and — similar to the infamous Mud Boys — having but one single weakness, albeit a doubled-up weakness, to Fire damage.

Thankfully, Fire isn’t one of the more prevalent typings in PvP, thanks largely to the presence of many competitive Water and Ground types across the various Leagues. In Master League in particular, the only Pokémon of note that really spew out Fire damage are Ho-Oh and Groudon with its Fire Punches. And while others like Mewtwo and Garchomp and Zacian can run Fire moves, they really don’t, so beyond Ho-Oh and Groudon (and maybe a rare Reshiram here or there), that’s it. (Sit down, Heatran… I’ll give you a participation trophy later but that’s all you’ll get from me.)

I’m getting a LITTLE ahead of myself, but that’s all just a little teaser for now. Before we go any further down the Master League rabbit hole, let’s bring the full suite of moves into the discussion. 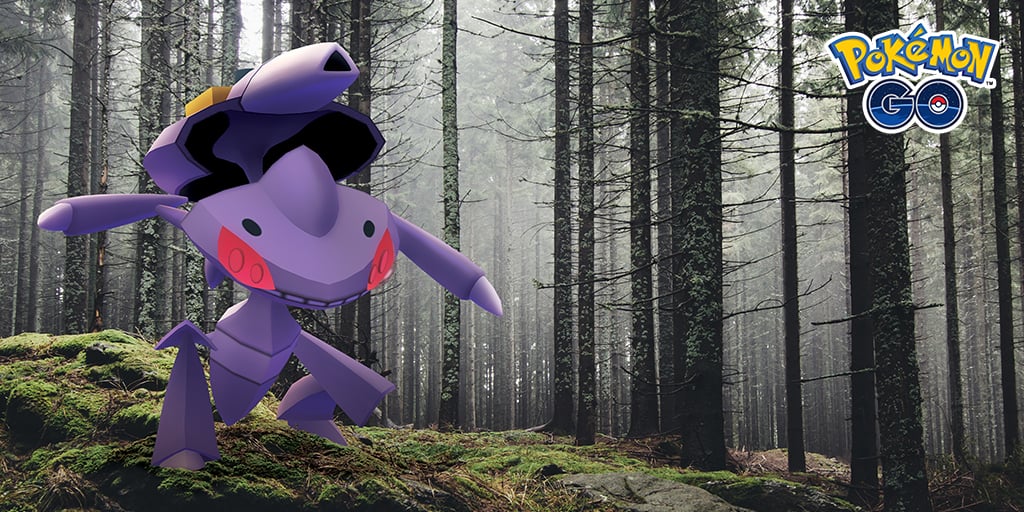 Yeah, there’s nothing to analyze or debate here… clearly, Fury Cutter is the way to go. Sometimes it really is that simple!

Okay, to expand that out a tiny bit… Metal Claw is just a below average move in pretty much every regard. Cutter is low on direct damage output, but great for building up energy for Techno Blast and other charge moves. Like these!

X-Scissor and Magnet Bomb are pretty standard… all Genesects have those two moves, whether equipped with a specific Drive or not. What changes, other than Techno Blast, are the third move option. That said, they all pale in comparison to the awesome might of Techno Blast. Douse Drive Genesect is the most intriguing, with the odd coverage provided by Gunk Shot, but Shock Drive gets Zap Cannon (obviously an awesome move these days — just ask Registeel! — but subpar compared to the Shock version of Techno Blast), and Burn Drive and now Chill Drive getting moves (Flamethrower and Ice Beam) that are strictly inferior to Techno Blast, costing the same energy but dealing 30 less damage than Blast. In other words… there is literally no reason to run Ice Beam on Chill Drive Genesect when Techno Blast just blows it away.

But there’s really no shame in that. The best Damage Per Energy (DPE) Ice charge move is Avalanche, with its 45 energy for 90 damage and 2.0 DPE. (Again, better than poor Ice Beam.) And the only Ice moves that deal greater than 90 damage are Blizzard (140 damage, but for 75 energy, putting it at 1.87 DPE) and now Ice-type Techno Blast (with its insane 2.18 DPE). There are several metrics you could measure by here to determine that Chill Techno Blast is the best overall Ice charge move.

And that matters in PvP, because while Ice is a terrible defensive typing (resisting literally only other Ice, and being weak to four types of damage), it is a very, very good offensive typing, nailing potent Grass, Ground, Flying, and Dragon types for super effective damage. And even better for the League where Chill Drive Genesect matters most — Master League — things that resist Ice (Fire, Water, Ice, and Steel) are suppressed as well, with Fire and Ice types relatively rare, Water represented only by Swampert, Gyarados, Palkia, and Kyogre (and only the last of those actually ends up resisting Ice damage), and really only Steels to worry about.

All that to say: Ice is really, REALLY good offensively in Master League. It hits nearly half (about 43%) of the current ML core meta for super effective damage, and is resisted by only four total Pokémon. For those keeping track at home, that means that Ice damage hits 86% of the Open Master League meta with at least neutral damage. That’s kinda nuts. Not even Mewtwo with its awesome Psystrike hits anywhere close to THAT percentage of neutral or better targets.

And all THAT to then tie it back to our new, chilly Genesect friend.

Way back in that first Genesect article I wrote, I noted that Chill Drive was the best of the four Drives in Master League. I think I’ve now thoroughly beaten to death the reasons why. While Burn, Douse, and even the awesome-in-Ultra-League Shock Drives all pull mere .500 (or often worse) winrates in Master League, only Chill Drive Genesect eclipses that. It’s still not a wholly awe-inspiring winrate, but it’s by far the best of the Genesects.

In that 1v1 shielding scenario:

It’s easy to look at these sort of results and assume that most of it must be because of X-Scissor (or even Magnet Bomb) baiting a shield and only then can Techno Blast crash in and finish the job, right? Amazingly, that’t not as true as you might think. Here is what Genesect can do using only Chill Techno Blast. Yes, that’s a slide backwards of only four wins, specifically Palkia, Snorlax, Lugia, and Mewtwo with Focus Blast. It retains ALL of its other wins by just going double Techno Blast. That’s rather insane, don’t you think?

As you might imagine, Techno Blast is all Genesect really needs with shields down too, though here its win percentage slides a bit further backwards as its lack of bulk really hampers it. On the flipside, though, at least assuming it DOES gets some good baits with X-Scissor/Magnet Bomb, Genesect sees a TON of success in 2v2 shielding. Not only does it manage to still beat everything it can in 1v1 shielding except Palkia, but it adds on Swampert, Gyarados, Excadrill, Dialga, and even fully-Ice-resistant Metagross. That’s over a 70% win total, folks. There aren’t many Pokémon I would endorse regularly burning both shields on in Master League, but Chill Drive Genesect might make that very short list.

So yeah… I think Chill Drive Genesect may actually, legitimately be worth building for Master League if you’re able to do so. (And yes, it’s just as good — and in fact better — in Master League Classic, should that ever return to GBL.) It’s a bit of a one trick pony, both in terms of moves (with Techno Blast doing the vast majority of the work) and in terms of viable League (Ultra League Chill Genesect isn’t all that… that’s still primarily Shock Genesect turf), it’s quite a good trick!

Alright, that’s it for now! For more PvP tidbits, you can usually find me on Twitter, or Patreon if you’re into that sort of thing. And please, feel free to comment here with your own thoughts or questions and I’ll try to get back to you!

Stay safe out there, Pokéfriends, and happy raiding. Catch you next time!