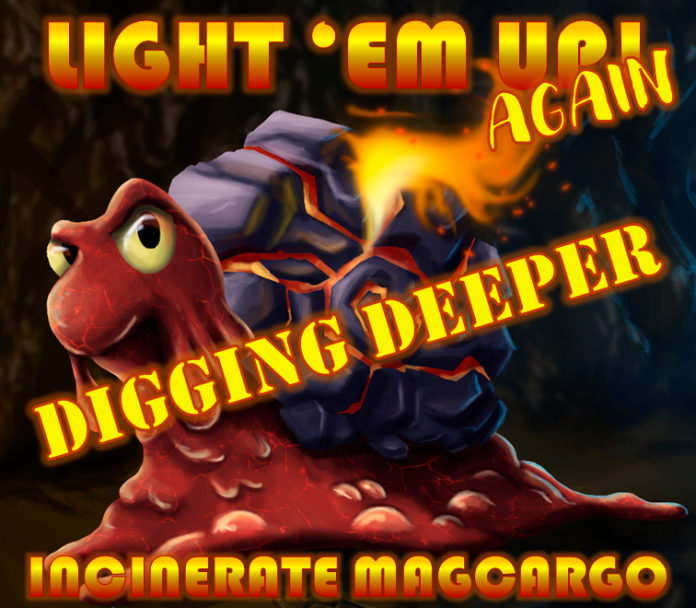 So not long ago, I wrote about how I thought Magcargo would be the most improved Pokémon going into GBL Season 10.

Last week I doubled down on this by leading off my full analysis of the Season 10 move rebalance with Magcargo, touting is as THE big winner of the rebalance.

Well, my friends… I was wrong. And as I make a habit in writing and in life to always try to be honest and forthright, and maintain the integrity of being a writer you can trust in, I am here to fess up that I may have inadvertently misled you.

I’m sorry. As it turns out…

…Magcargo may be even better.

I want to do this right, so I’m gonna throw the stats and moves back in front of you again, but I want to blow through that and get to what I will be the first to admit I just plain missed the first (and second!) time. It’s important enough that, yes, I really think it’s worth a THIRD time through.

So here’s the quick review before we get to the real meat of the article….

Just to review: good bulk, cheap second move unlock (just 10,000 dust), and one-of-a-kind typing so far in GO (until we eventually get to Coalossal in Gen8 or Hisuan Growlithe, whichever comes first) that resists Fairy, Flying, Ice, Poison, Normal, Bug, and double resists Fire, but is vulnerable to Fighting and Rock, and double vulnerable to Water and Ground. Nothing new here, just wanted to cover all that in brief one more time.

Nothing new here either. Well, I mean, Incinerate is new, not even available for 24 hours yet at the time of this writing, but I’ve talked about it in detail already. Twice. It’s THE new move that propels Magcargo from mere spice in past seasons to potential new meta pick in Season 10, and it is THE move you want on Magcargo moving forward.

So what did I miss? It comes with the charge moves, my friends.

Last week, I noted that while Magcargo had a new charge move on the way, it wasn’t one to spend much time thinking about… and I took my own advice and didn’t mind it either. I recommended rolling with Stone Edge and Overheat, which combined with Incinerate resulted in a dozen new wins, including Obstagoon, Hypno, Mew, Melmetal, Sableye, Razor Leaf Tropius, Serperior, and Galarian Stunfisk. And with really good IVs it can potentially knock out Venusaur, Lapras, and Lickitung too.

“But uh… that’s all good, JRE. What’s the problem? What did you miss?”

I missed it because I dismissed it. I missed Rock Tomb.

It’s a bad move, and nothing else that has it wants it. I said all that, other analysts said that, and we weren’t wrong. Dealing a dreadful 70 damage for 60 energy, it is clearly a much worse move than Stone Edge. Bad, bad move.

I’m no math wiz (though I am, ironically, married to a math teacher 🤫), but even I can tell that 20 + 20 + 20 = 60 energy. It takes three Incinerates to generate the 55 energy needed for Stone Edge or Overheat… but since you have already “overcharged” and have 60 energy, throwing a Rock Tomb instead actually makes some sense! If you don’t, you’re only pocketing 5 energy, and two more Incincerates will generate only 40 more, leaving you still 10 short for the next Edge/Overheat, so you’re really not gaining anything by doing that. In fact, you have to throw THREE 55 energy moves in a row to save yourself enough energy (15 energy to add on to two more 20 energy Incinerates for a total of exactly 55) to “race” to the fourth charge move any faster than if you throw a Tomb or two into the mix.

So especially if you plan to lead with Magcargo… well, Rock Tomb actually makes a lot of sense, netting Mags half a dozen new wins: Venusaur, Lapras, Chesnaught, Registeel, Cofagrigus, and Lickitung XL. With the potential exception of Chesnaught, those are all pretty huge!

But how can it be that Stone Edge is a much better overall move, Rock Tomb is still a lousy move, AND yet Rock Tomb gets MORE wins (with no new losses)?! Those can’t all be true… can they?

Mostly yes, with a very small “well, maybe not” caveat. These sims always assume that the opponent shields Magcargo’s first charge move, so whether you throw Edge or Tomb there makes no difference in that regard… they’re both shielded, deal 1 measly damage, and then the race is on to get to the next charge move. The big difference, then, is the Attack debuff that triggers with Tomb, and it is precisely why those dirty half dozen I just listed flip to wins: without the debuff, all six deal fatal damage to Magcargo, but with the debuff, Mags lives long enough to turn the tables on all of them. With moves like Venusaur’s Frenzy Plant and Cofagrigus’ Shadow Ball, the reduction in damage from just one Rock Tomb debuff is roughly 10-12 damage, a pretty significant difference. With something like Registeel’s deadly Focus Blast, the reduction is damage is about 20, allowing Magcargo to actually tank it, despite being weak to Fighting damage, and close it out right after with an answering Overheat. Similarly, versus Lapras, the Tomb debuff drops the damage of double super effective Surf by nearly 20 damage, allowing Magcargo to tank one and answer back with Overheat, or even have the option of patiently using a second Tomb instead and avoid nerfing itself with Overheat’s drawback.

To further tease out that strategy — sticking with ONLY Rock Tomb — Magcargo amazingly gets a (slightly) higher win percentage than Stone Edge/Overheat, holding the wins versus Lapras, Lickitung, Venusaur, and Chesnaught, and actually adding a NEW win against Dewgong. The default sim with Tomb/Overheat has Mags baiting with Tomb and then immediately racing to Overheat, which Dewgong can survive and then win it with a followup Water Pulse. Firing off three Tombs allows Mags to eke by, or slightly better, two Tombs and a closing Overheat allows a little more breathing room. These five wins are counterbalanced by losses to Hypno (regular and Shadow), Obstagoon, and Galarian Stunfisk that Stone Edge/Overheat are able to beat, but the fact that it’s even close at all (and actually slightly leans in Rock Tomb’s favor) is astounding to me… though it really never should have been when you consider that charging to Tomb is basically the exact same as charging to the cheaper-on-paper Edge and Overheat.

For completeness, though, does Rock Tomb hold up in other shielding scenarios than the 1v1? Let’s see!

To summarize: paired with Overheat, Rock Tomb is no worse (and often better) than Stone Edge in ALL even shield scenarios.

Or to summarize all of the above:

Okay, NOW I’m done on Magcargo for a while, I promise. It only took three writeups to get it right! 😅 But in all seriousness, I do strive to always present you useful, entertaining, and accurate information, as any good “journalist” should do. I don’t have to issue a lot of retractions, thankfully, but this was one I HAD to set right. Especially if you plan to lead with Magcargo, Rock Tomb is the way to go, just this once. Good luck!

Thanks for your faithful readership, Pokéfriends… I continue to deeply appreciate your attention and encouragement.

Catch you next time, and until then, stay safe out there!