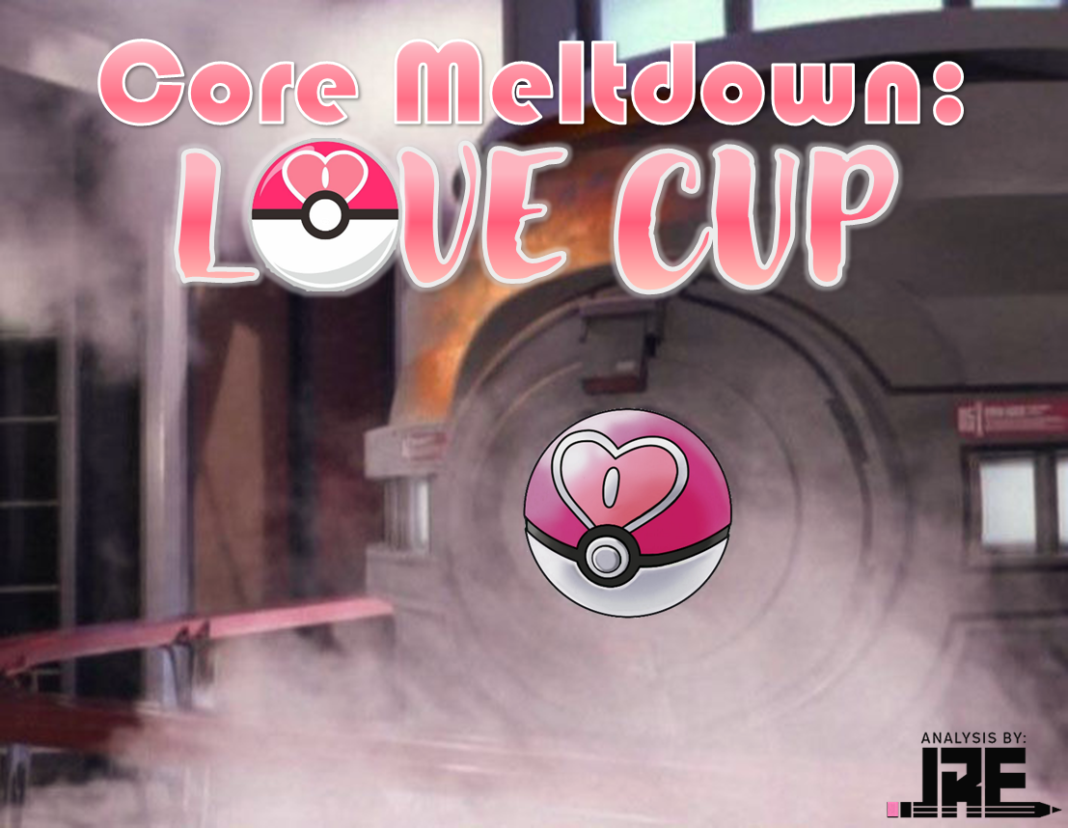 Hello again, fellow PvPers, and welcome to the second-ever edition of Core Meltdown!

Many of you have followed my lengthy “Nifty Or Thrifty” meta/budget reviews over the years, and/or other regular series like my “Under The Lights” more targeted analyses and Community Day spotlights and move rebalance overviews and such. (And I’m very grateful for that faithful readership, by the way!) I try to diversify! But after 300+ articles and 3 full years now of doing this, the #1 question I’ve always gotten is “JRE, what cores/teams do you recommend?” I’ll be honest: while I try to offer specific team advice when asked, for a long time I resisted going full bore into team composition recommendations for a few reasons. Primarily:

But enough rambling… and enough excuses. I resolved last time I did this to try and talk more about teambuilding in 2022. So here we go again with an honest-to-goodness article diving into recommended “cores” to build a team around. Not ALL of them, as there will be plenty of other homebrewed ones… and that’s a good thing! This is intended to give you just a few of the big ones (and some spicy alternatives!) as I see them to get you started on making your own awesome team.

What is a “core”, you ask? Simply a group of Pokémon that work well together on a team, often covering each other’s weaknesses and responding well to the bigger threats in a particular meta. Sometimes a core will be defined as three (or even more, in the case of “show six, play three” formats like The Silph Arena) Pokémon that synergize together, but usually we’re talking core duos. And that’s what I will focus on here: pairs of Pokémon that can make up a solid core to build your team around. And for the visually inclined, instead of linking to a bunch of sims, I’m going to link to graphical representations of what those cores can (and cannot) handle in the Love Cup meta, heavily utilizing PvPoke’s fantastic Team Builder tool. Strongly recommend checking it out if you haven’t already!

Alright, enough blabbing. Let’s do this!

These cores were literally not possible in 2021, as they include Pokémon new to the game since the last Love Cup. Time will tell if they stand tall this year, but I see great promise! 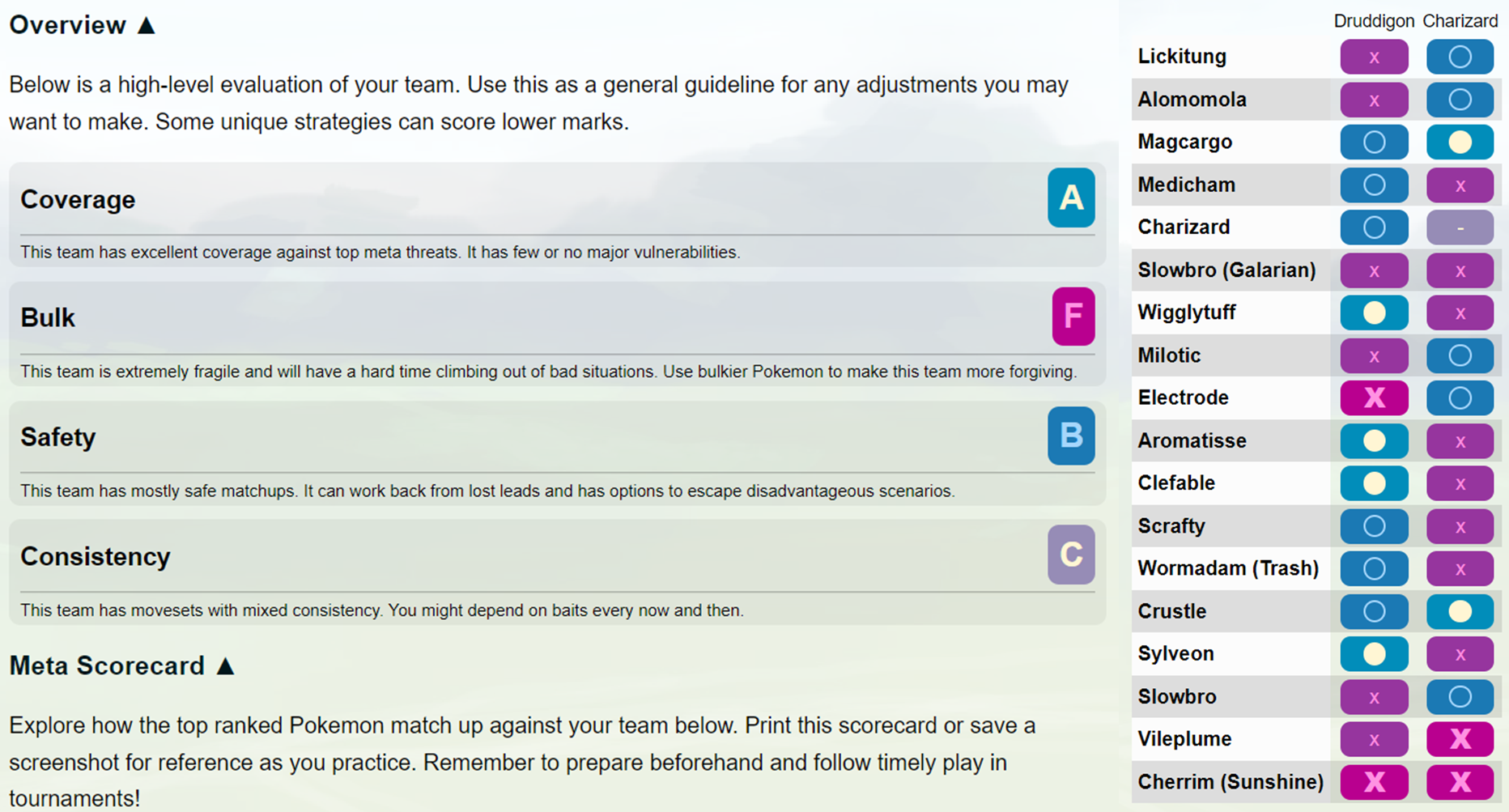 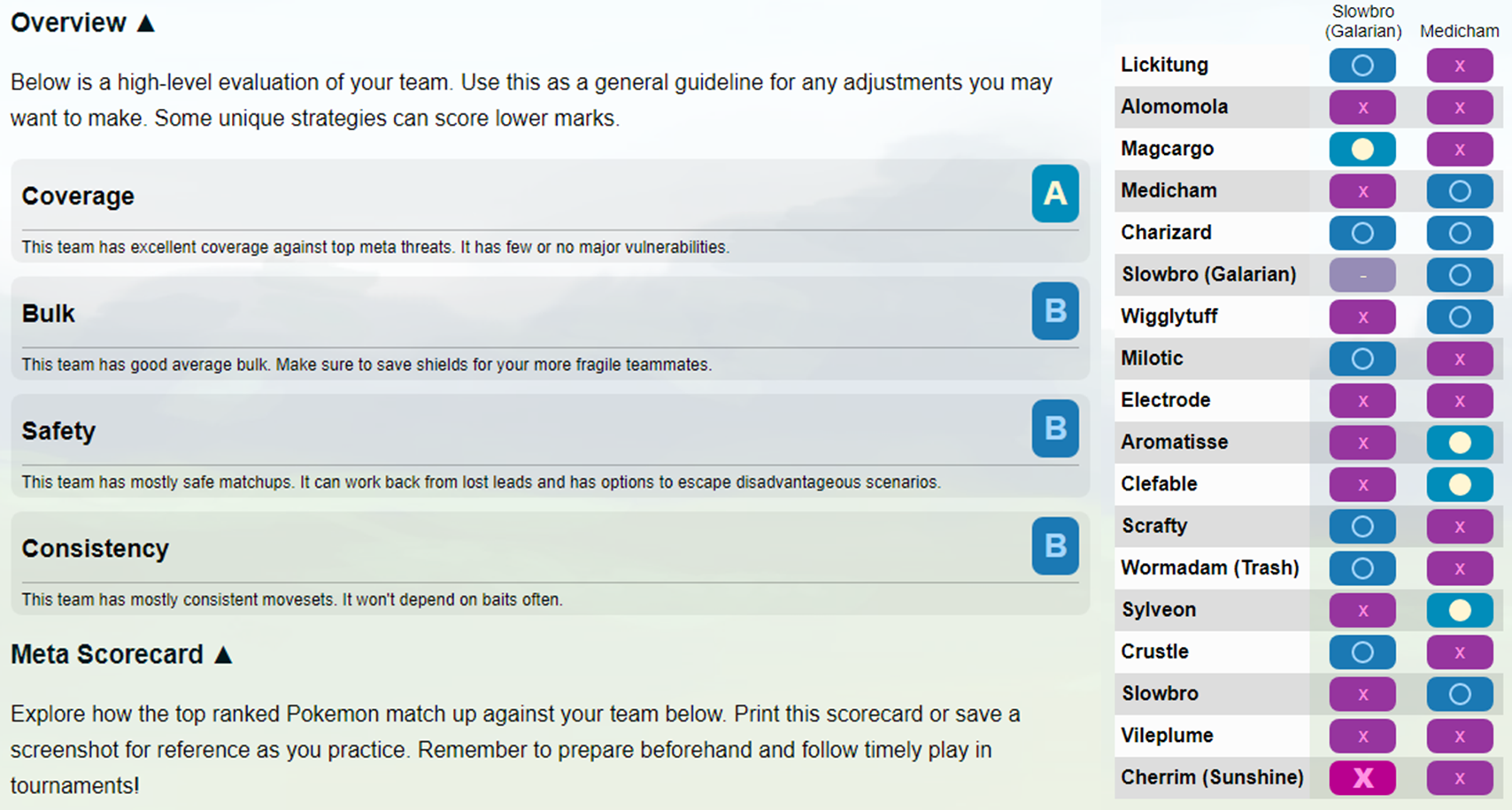 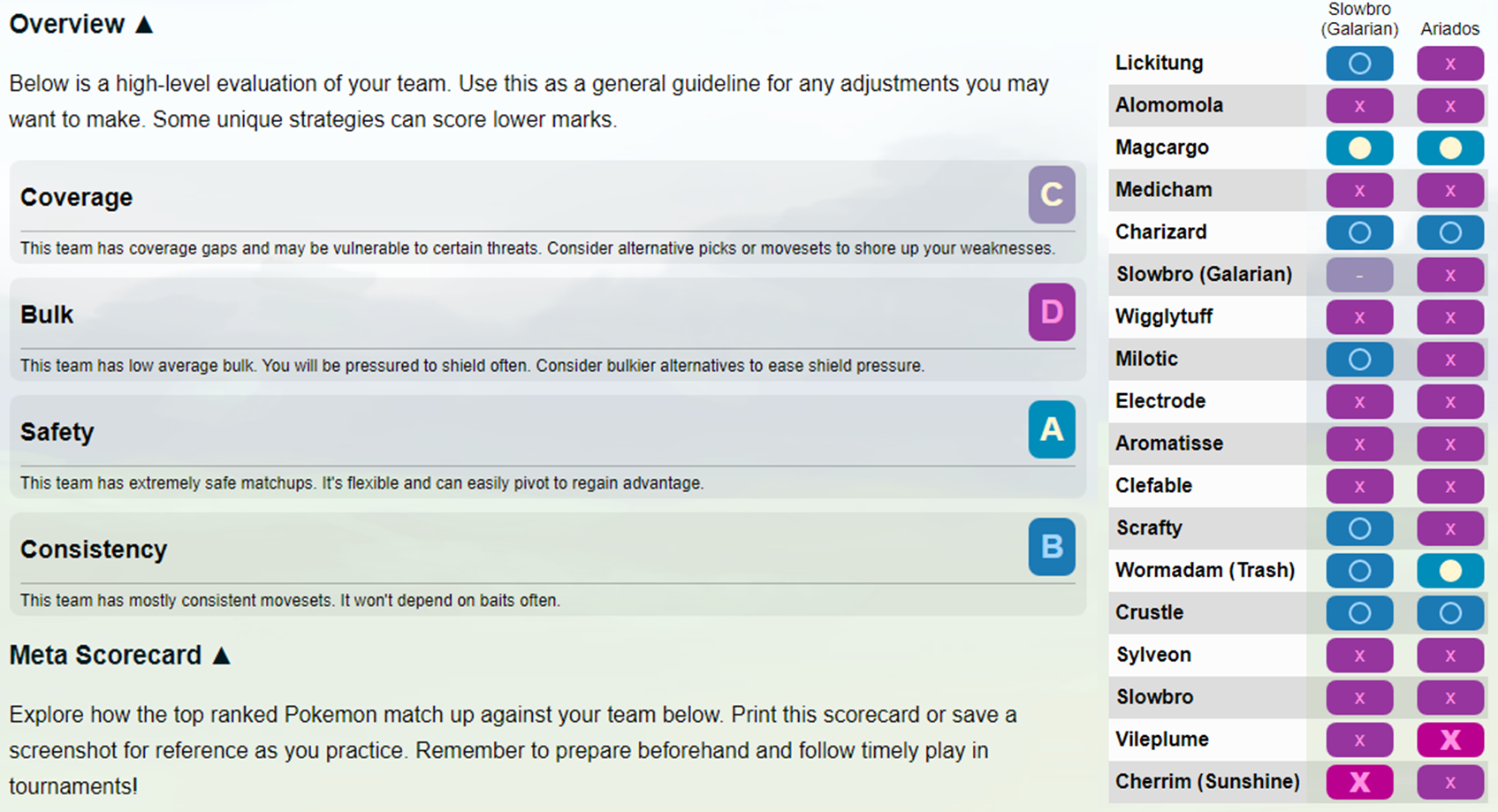 Some of the best and (in most cases) likely-to-be most popular cores in the Cup. These include (but are most definity not limited to): 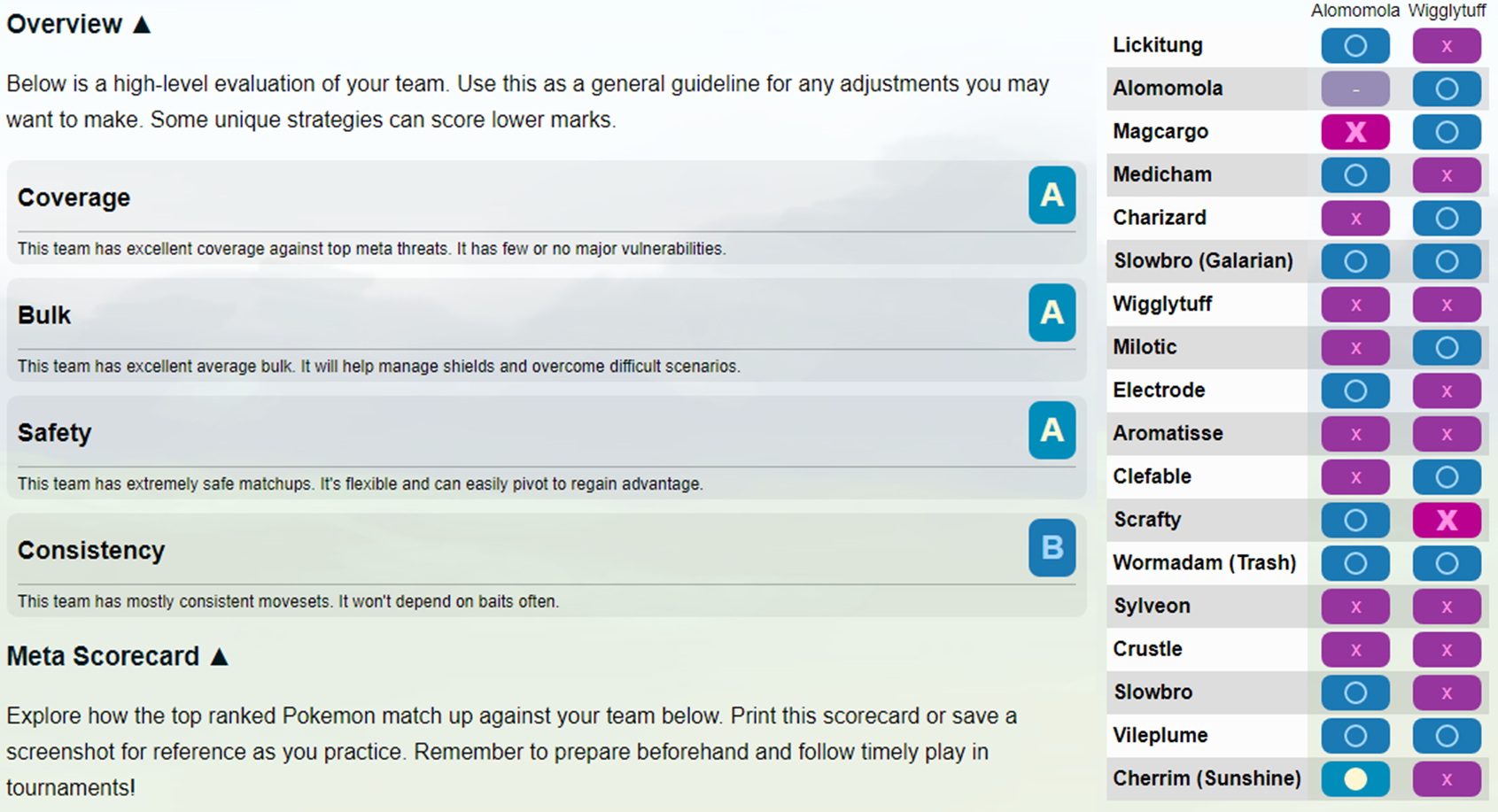 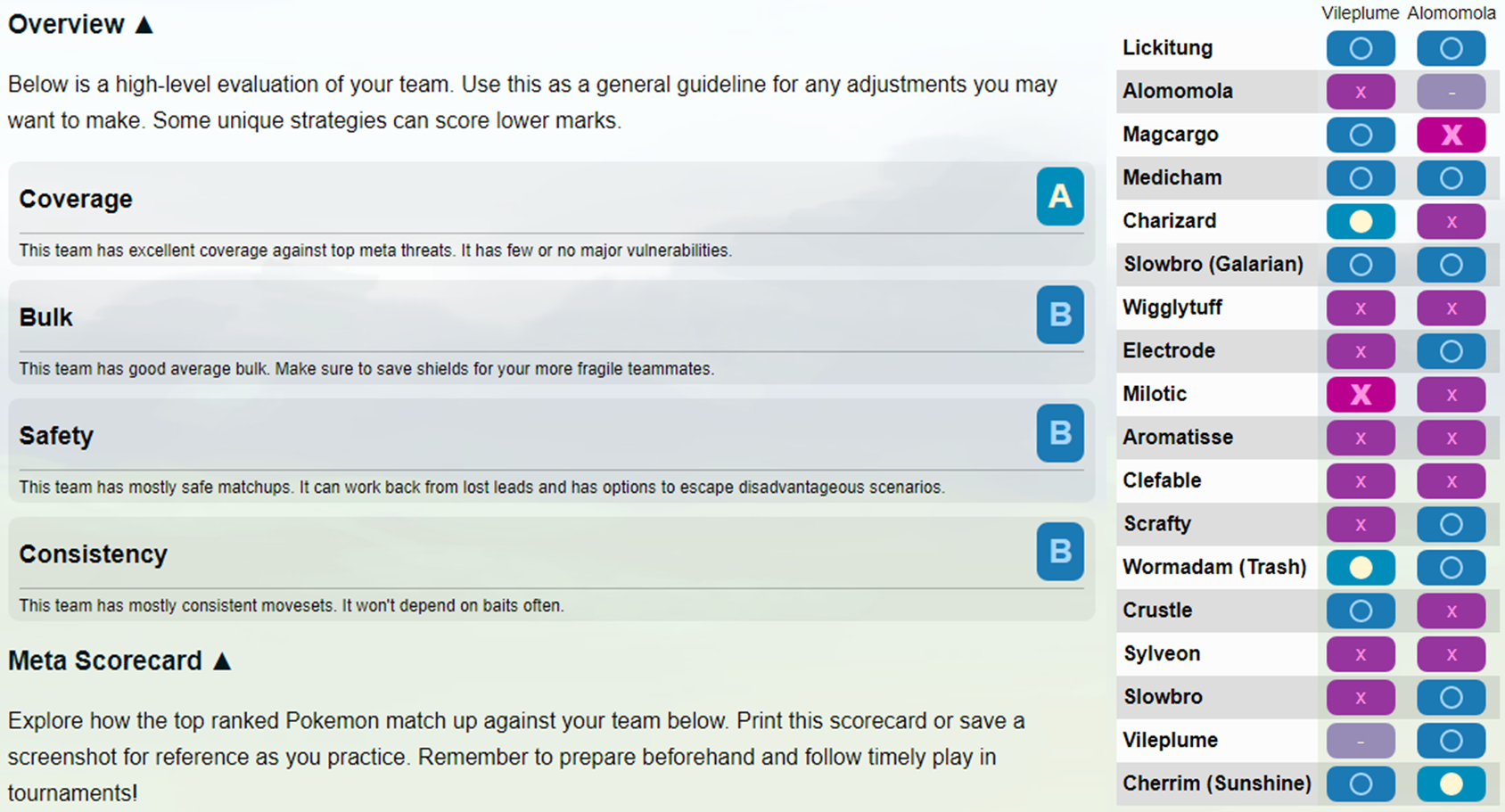 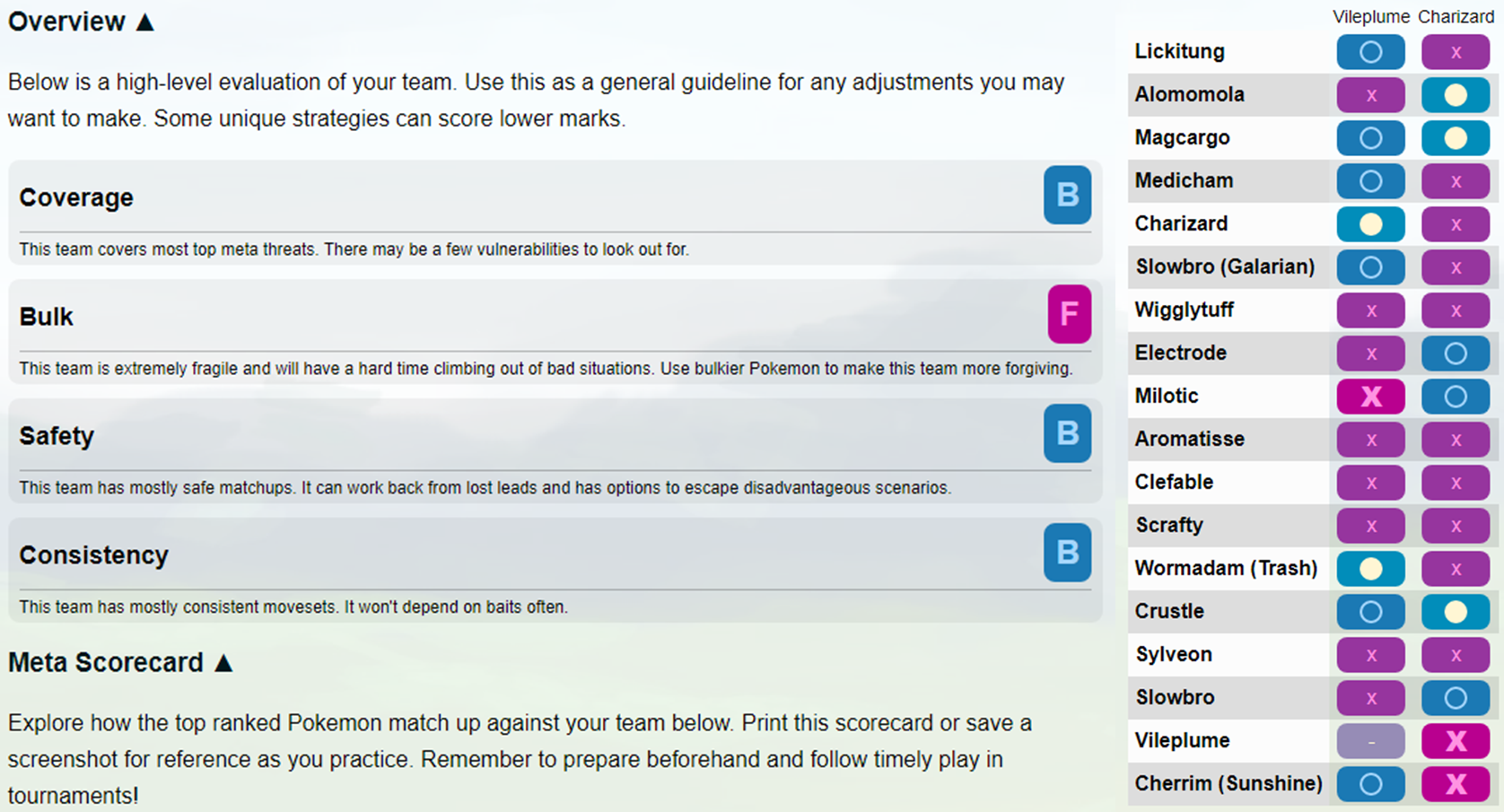 THE ROCK AND AWE – Charmer & Crustle/Magcargo 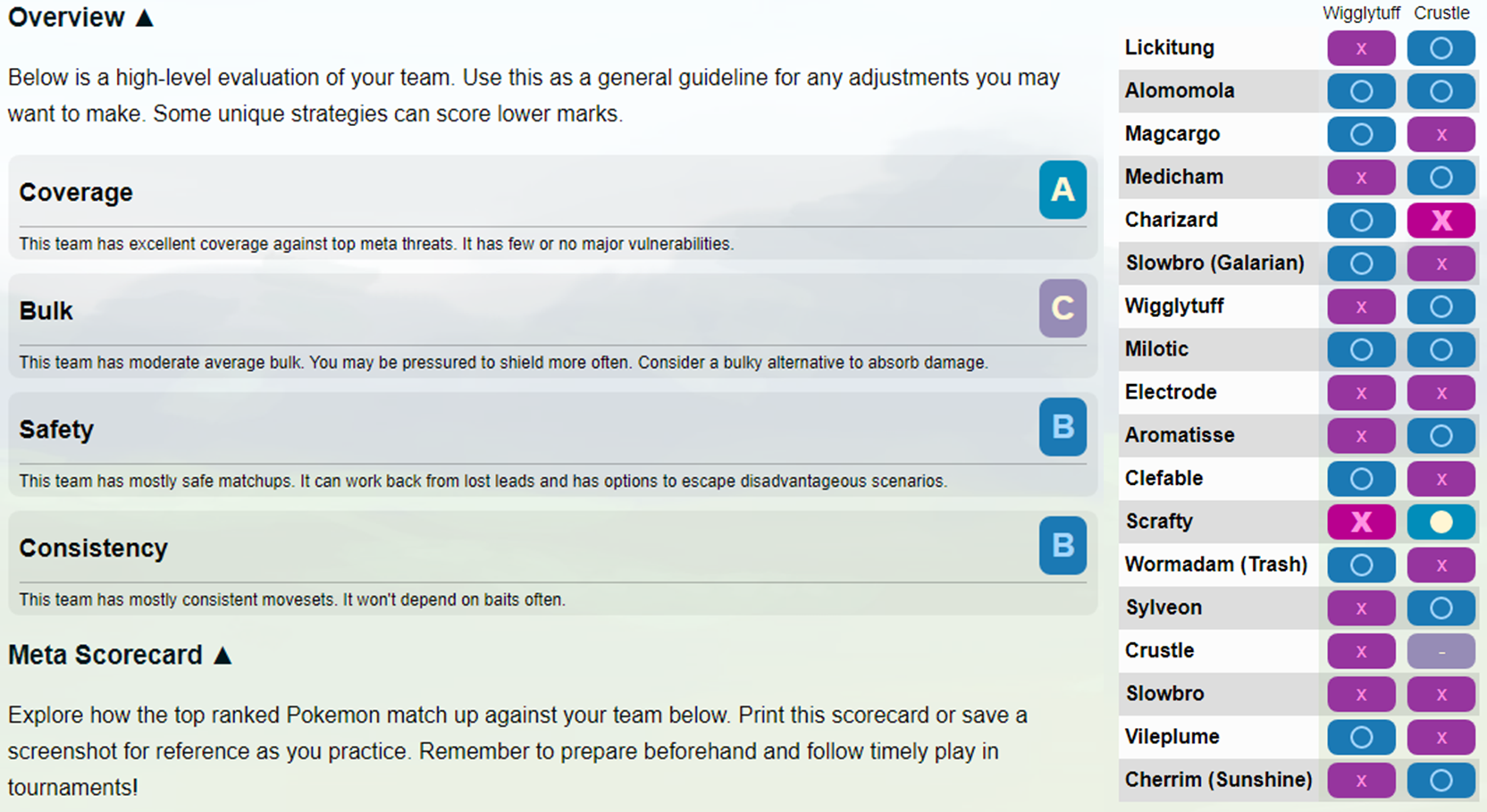 The beginnings of your “ABB” cores, overloaded with a pair of similar Pokémon and your choice of a “pivot” intended to handle the hard counters of the “BB” pair. 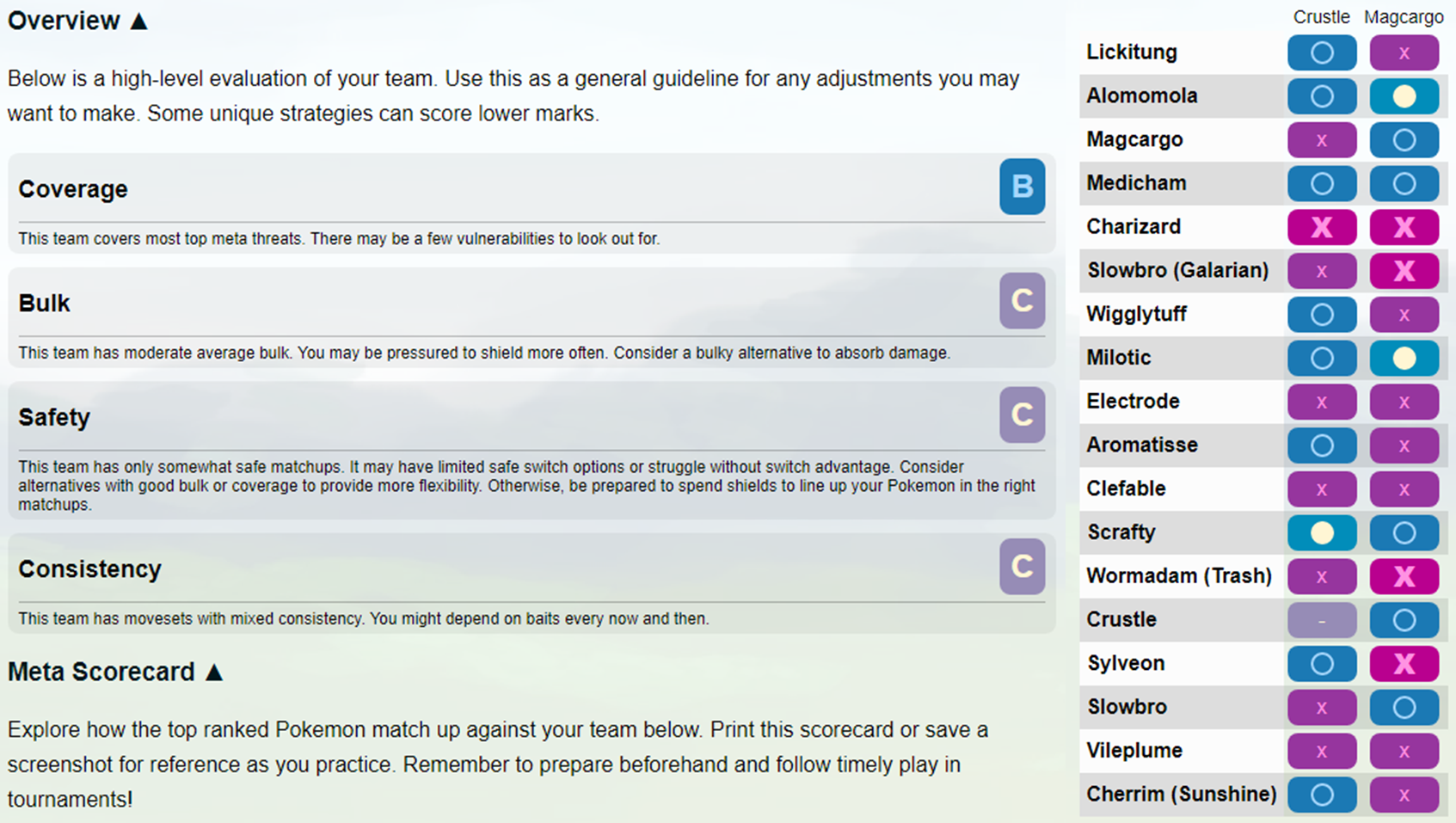 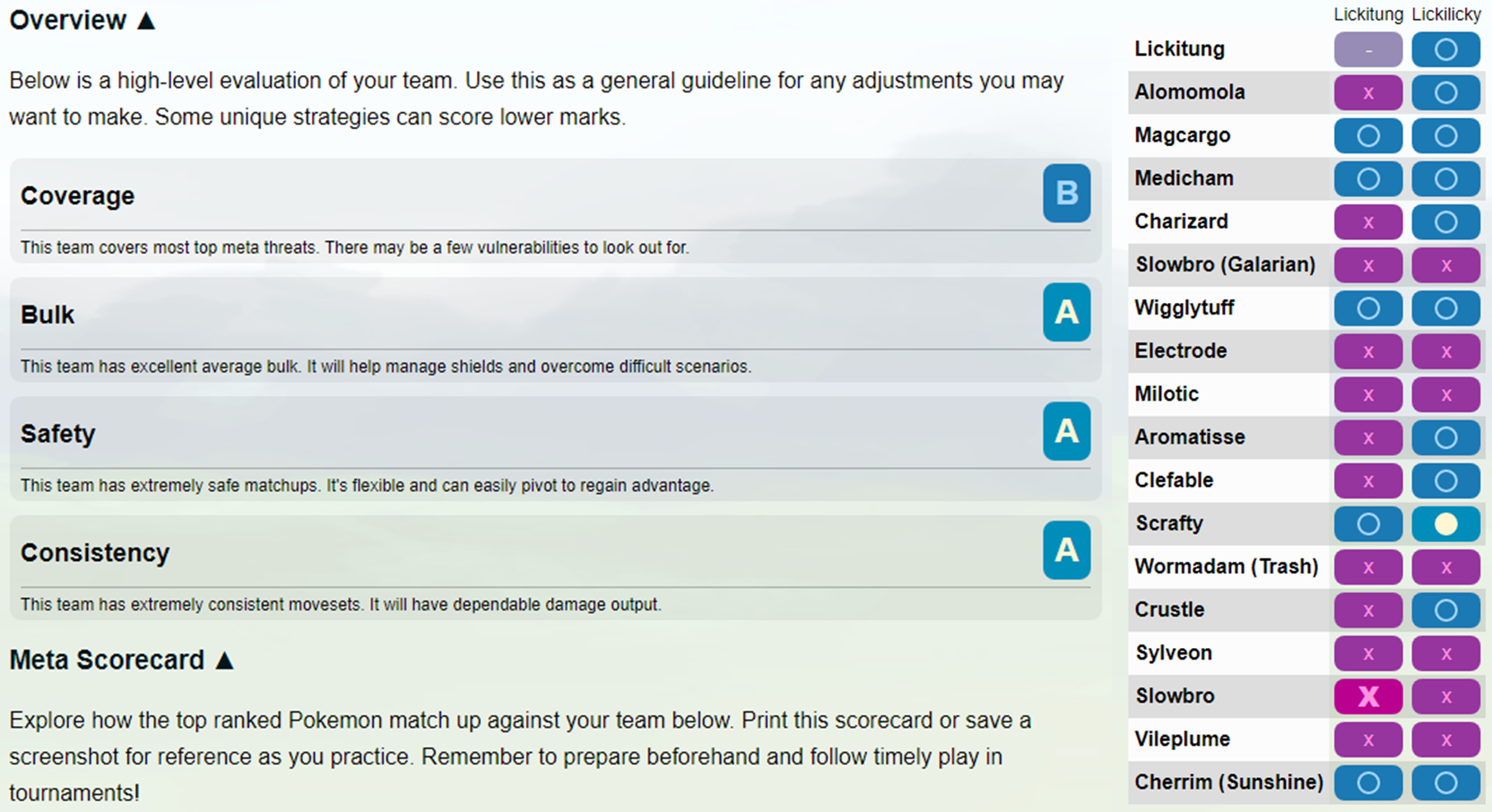 THE FIREFIST – Scrafty & Charizard and/or Talonflame 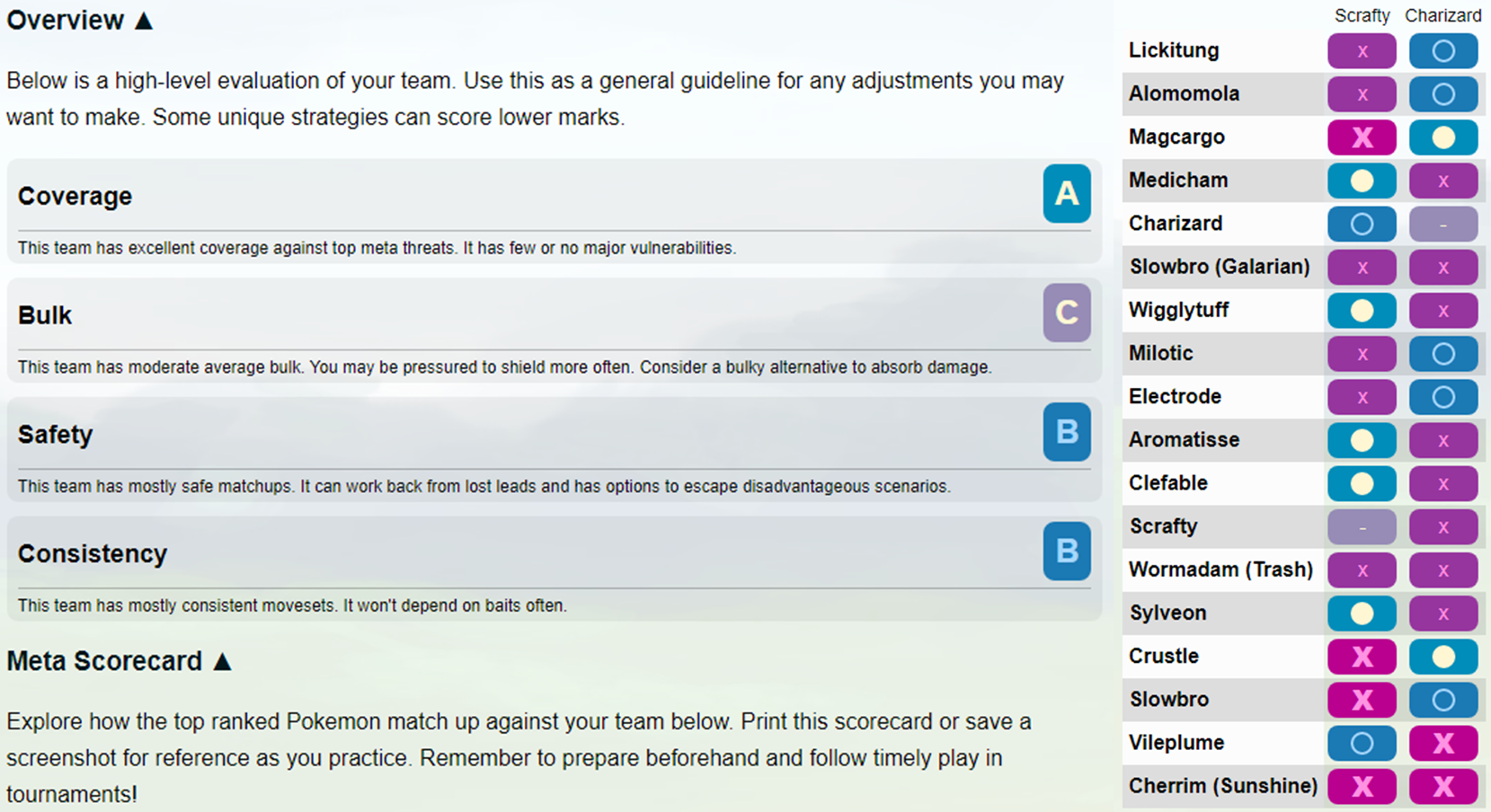 THE CREEPY CRAWLIES – Crustle/Trashadam/Scolipede (or Ariados) 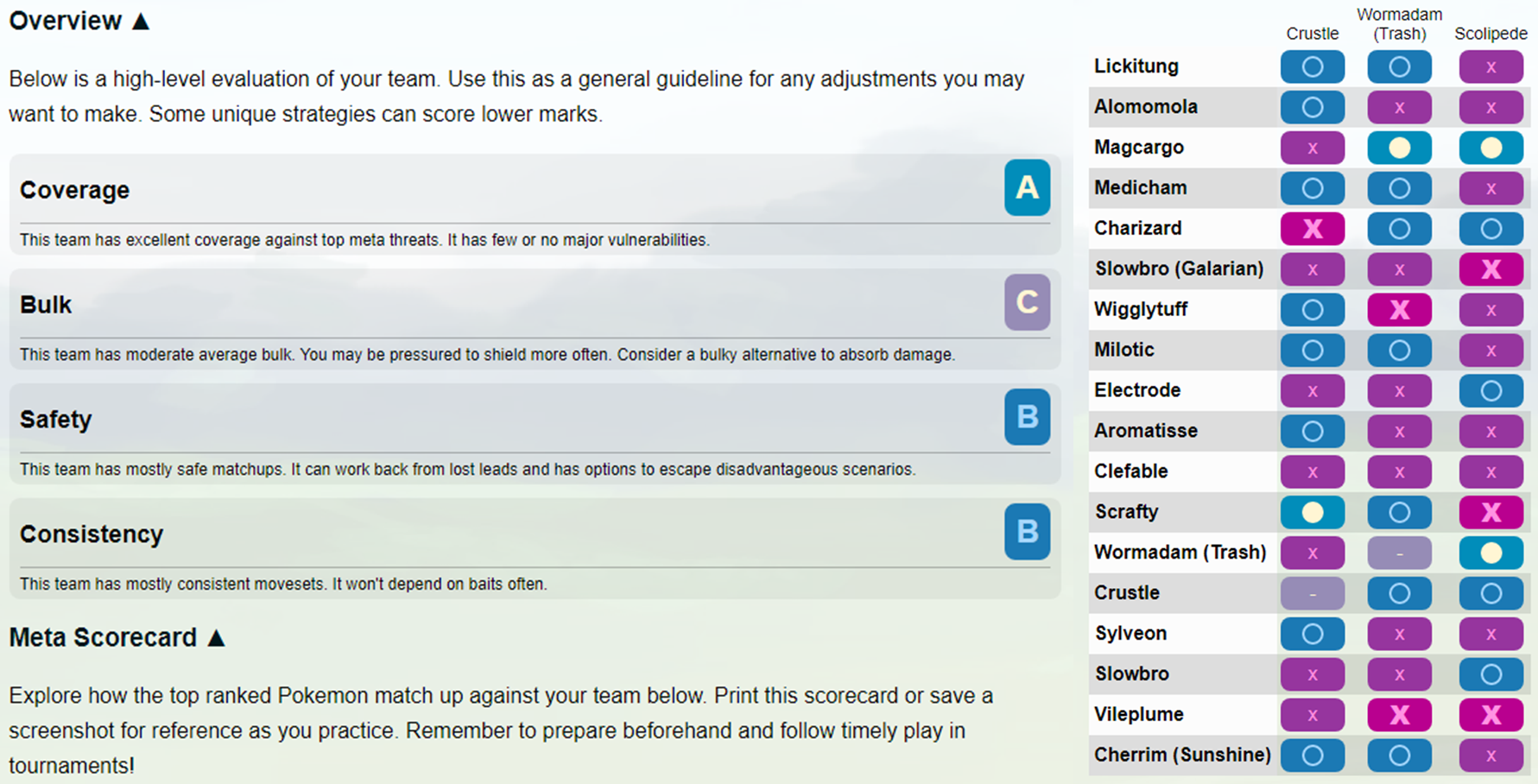 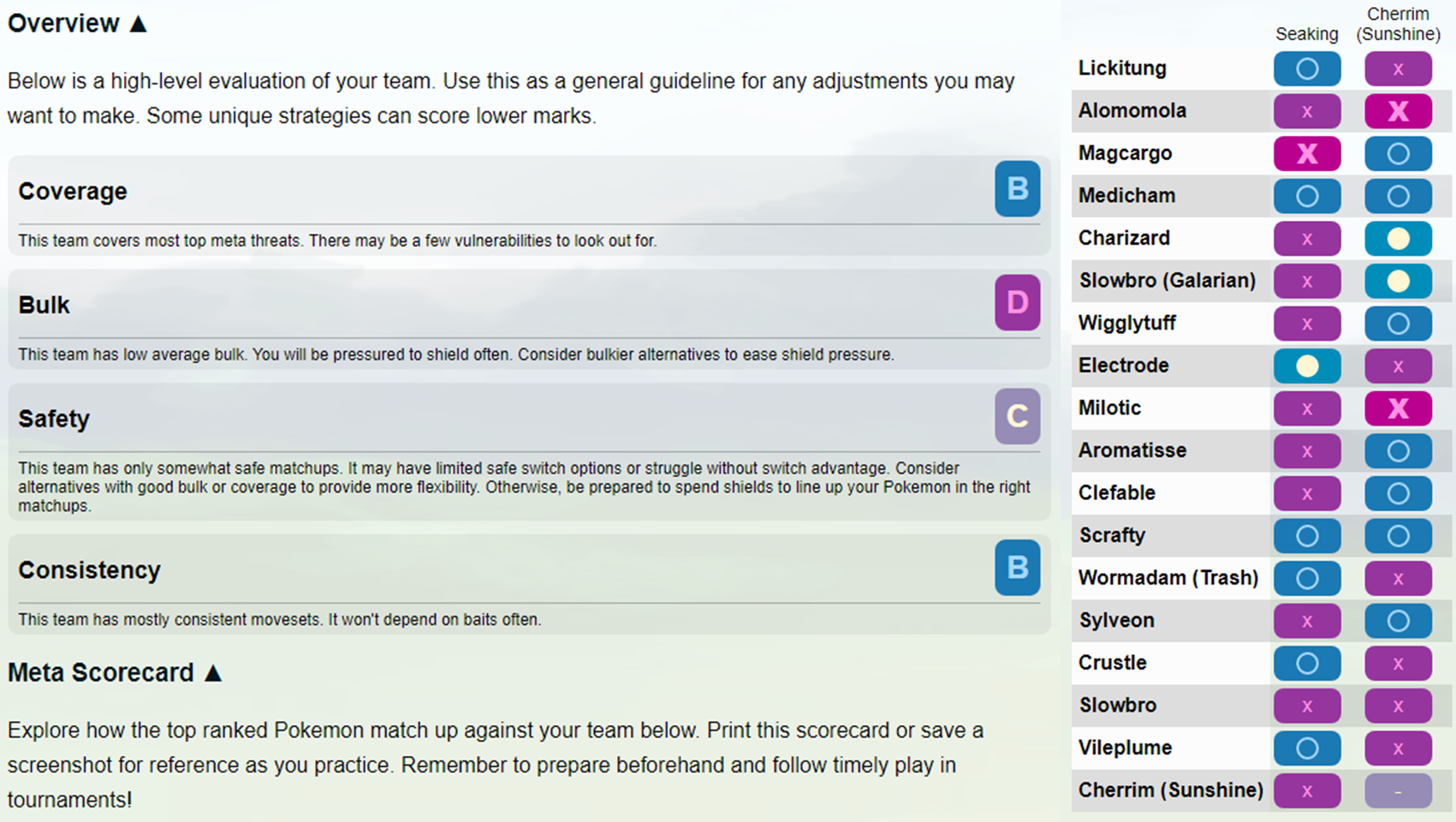 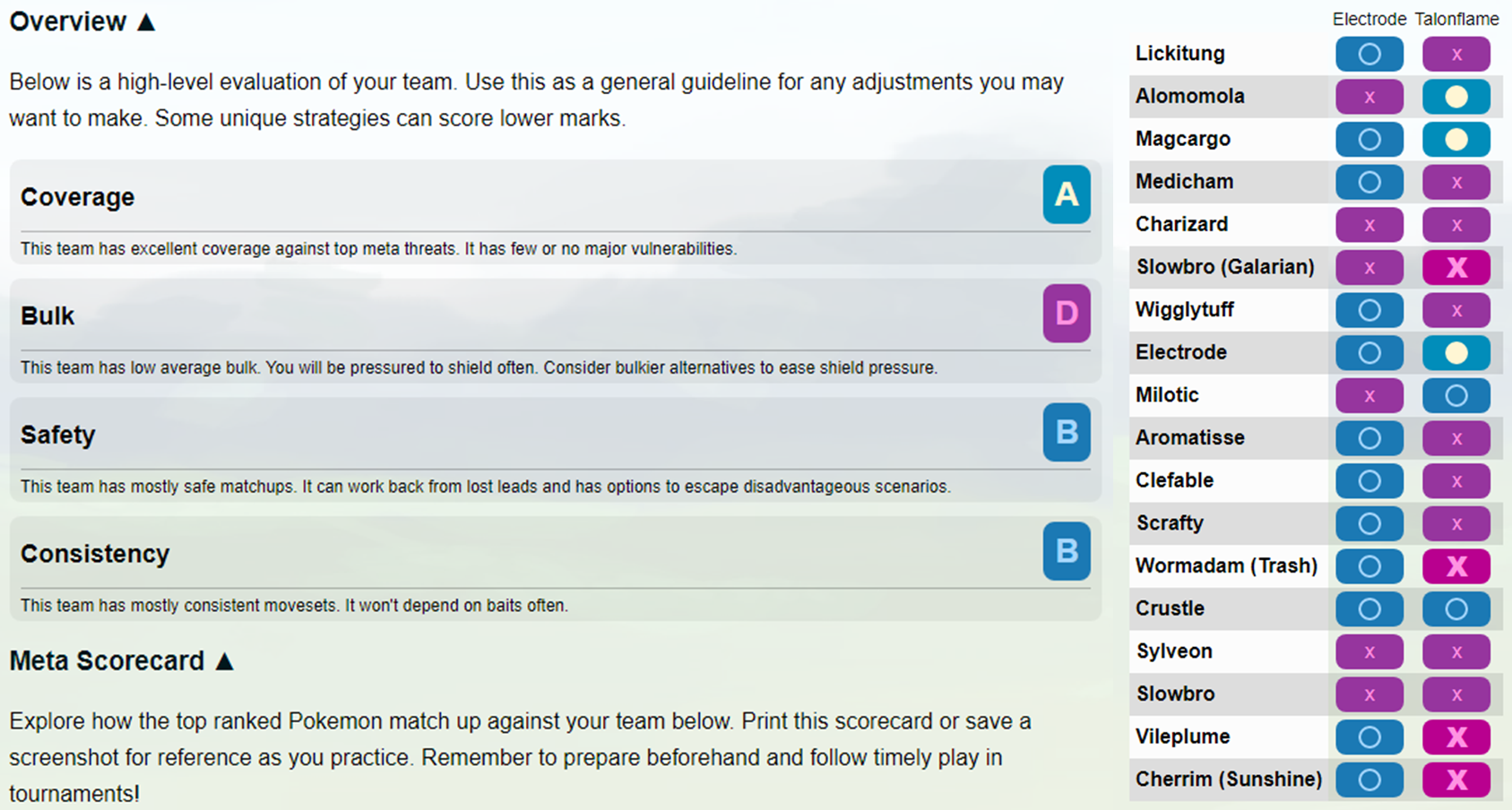 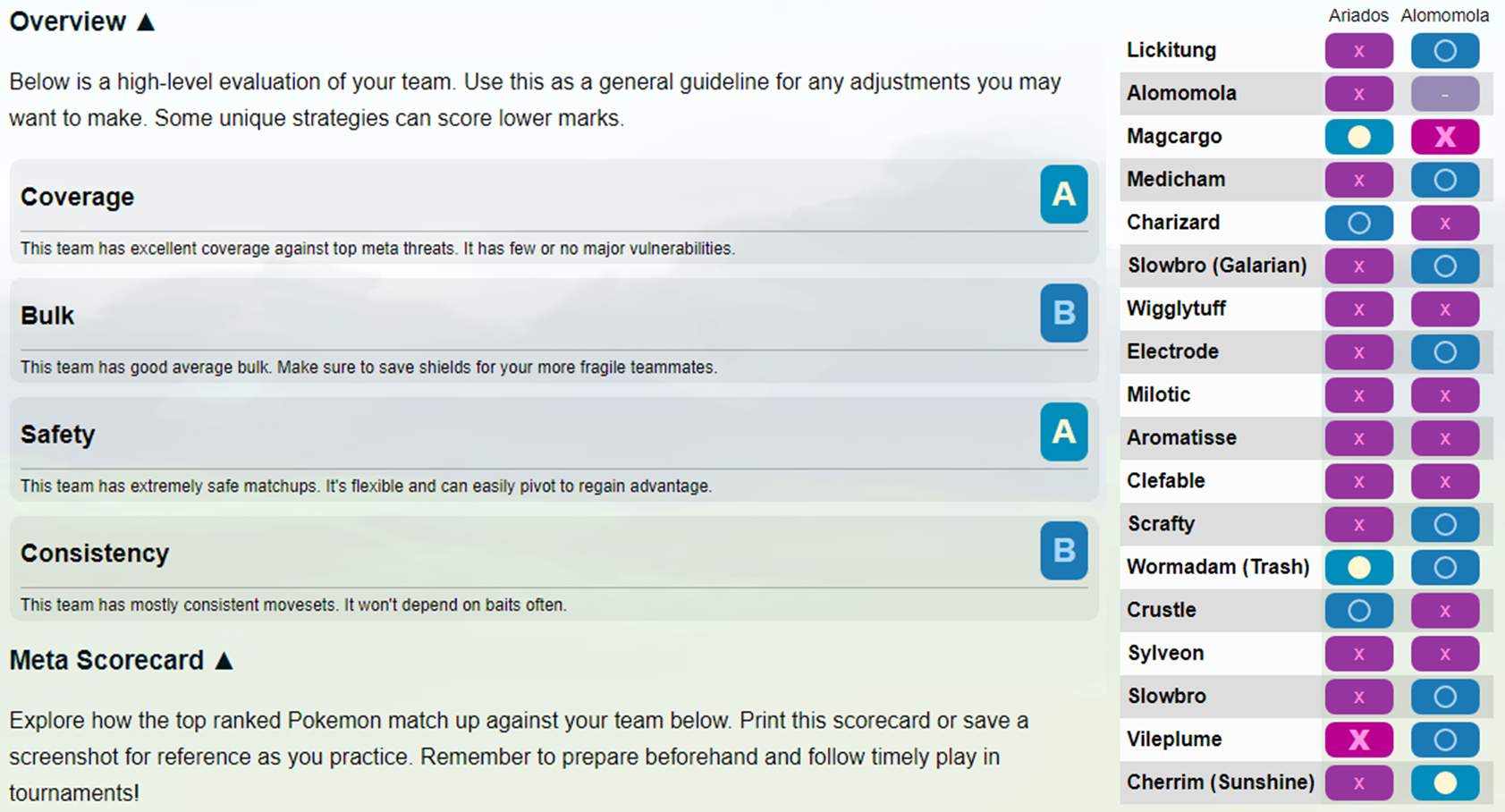 So there we go! Despite a very difficult weekend in which I had to say goodbye to my sweet old dog (seriously, we don’t deserve dogs!), I was able to dive into this (it was a welcome distraction, honestly) and crank out the second of what I hope will be a year-long series.

One other resource I want to point out is the always incredible PvPoke, which I used extensively throughout this analysis. He has his own data compiled from Season 10 Love Cup which I strongly encourage checking out: Top Performers and, more directly related to this topic, Top Teams, many of which show up in the article above. (But certainly not all!) Again, if you need some ideas to get your mind aligned to this meta, check that out as well.

Alright, now get on out there and make some Love! Er… wait… that didn’t come out right. 😅

Thanks for reading, and best of luck in Love Cup, or whatever format you find yourself in! Stay safe out there, Pokéfriends, and catch you next time. Have fun!