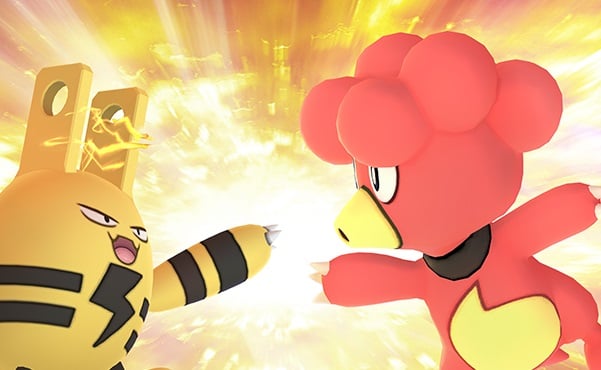 Up until today, I was curious what the Rank 10 rewards would be for this season. After all, it is very easy to achieve. It takes approximately 50 wins (give or take a few depending on wins carrying over to the next rank). An easy task. Perhaps too easy? Well someone who hit Rank 10 posted on The Silph Road reddit a few days ago (11/11). Let’s discuss what they found.

A Not So Congratulations

After winning 51 out of 70 battles, hitting Rank 10 this fast is impressive. What’s not so impressive is the rewards. No pose, no outfit for this season. 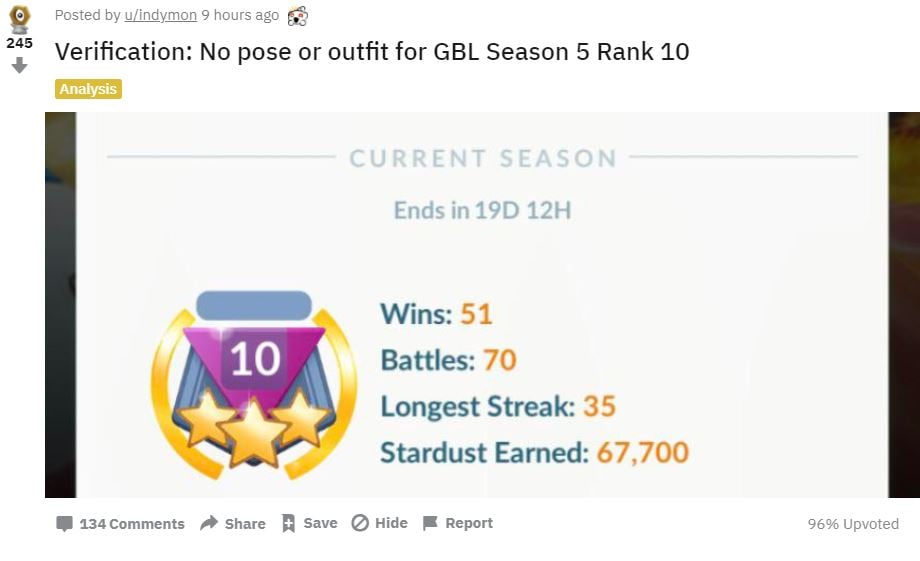 However, Pikachu Libre is still a guaranteed encounter. For those Pokémon collectors, this is a must have. Still, based off past history, this feels like a let down. Is the easy task of winning only 50 battles to blame? I think so.

Before we get into how Niantic could have made this season better with proper rewards, the cost of competing in the 3 cups this season needs to be addressed. Whether its the Little, Kanto or Catch Cup, it is VERY expensive to power up and unlock second moves in order to compete at the absolute highest level.

I myself have spend over 500,000 stardust in hopes of reaching Rank 10 easily and for the “expected” rewards. I’m sure many of you spent quite a lot as well. If you’re just now reading this and haven’t spent a lot of stardust yet, don’t. Not only is it a massive waste on Pokémon you will NEVER use again, but also a waste in general overall. Save yourself and save your stardust.

How Season 5 Should Have Been

Are the 3 cups attractive? No, not really. Is it worth the investment into each cup for just 3 weeks? Doesn’t seem like it. Is it all worth it for poor Rank 10 rewards? Absolutely not! Which leads me to this – What would have made Season 5 better? The answer is simple. Raise the amount of wins it takes to reach Rank 10. With a max of 525 possible battles throughout the 3 weeks, my recommended amount of wins would be at least 200. That’s still under 50% and easily achievable, to a degree… Why?

Pokémon GO trainers have daily life activities that can get in the way (not a bad thing) of GBL battles from day to day. Things such as work, school, family, friends, and so on. Not everyone completes their sets for the day, if at all. Not to mention the times we’ve all raged quit after 1 or 2 sets. Thus, the rewards of a new pose and outfit would be justified. Not only do you have a 200 win condition, you also only have 3 weeks to do it. Which allows for some occasional missed sets on days you have other things going on and would still be able to hit Rank 10.

Season 5 has brought change in interesting ways. Unfortunately, the rewards do NOT outweigh the hard work and resources required to compete at any level. Had Niantic just increased the win amount to an achievable goal that makes sense AND give better rewards, I wouldn’t see any problem. So now I’m curious what you guys think. With Season 5 being an outlier, what should Niantic have done differently using this format?