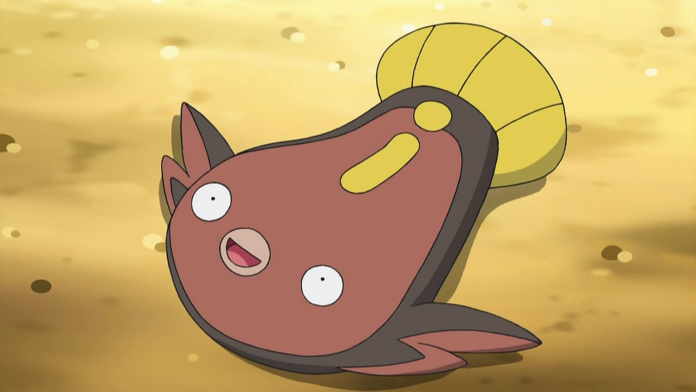 Trainers rejoice! We have another Mud Boy! in fact, we have the most beautiful one of them all, Stunfisk! This flattened pancake is the brand new addition to Pokémon GO. It was released on April fools as a “joke”. However, jokes aside, we were actually given an extremely strong Pokémon for the Great League.

Surprisingly as of now, Stunfisk is currently ranked #25 for overall performance on the pvpoke.com leaderboards for the Great League. 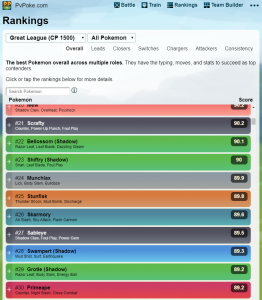 Stunfisk can be caught in the wild or from the “Earn 3 Candy while walking your Buddy Pokémon” task. Although it may be hard to acquire from home, keep in mind that incense currently last 1 hour and have a chance of spawning a Stunfisk.

Stunfisk’s stats are as followed:

Taking a look at Stunfisk’s stats, we can see its vast potential lies mainly on its incredible bulk. It can be best described as a more durable version of Whiscash.

Stunfisk actually has a whole lot of unexpected potential in the Great League and can be a powerful ally in any team composition. It has a dual typing of Ground & Electric which make for a unique typing in the Great League that can also be a solid counter to lots of Pokémon in the current meta.

Stunfisk has resistances to strong meta Pokémon such as Alolan Raichu, Registeel, Skarmory, Steelix, Alolan Marowak and can even beat one of the strongest contesters in the Great League, Azumaril with its ability to use Discharge.

One of its main weakness’ that our flattened friend has to look out for is, unfortunately, some of the most common typings in Great League. Venusaur, Victreebell, Swampert, Dewgong, Tropius and Whiscash are among some of the many counters that will give Stunfisk problems.

Stunfisk is equipped with some very ‘spammy‘ moves that can cause havoc towards any trainer that is faced against it.

Stunfisk has TWO of the top four energy-generating fast moves in PvP. Mud Shot and Thunder Shock. These moves can be used extremely fast and generate energy at a high rate. If you have the opportunity to farm down a Pokémon for excess energy, Stunfisk will reward you with stacked Charge Moves and outstanding pressure.

All of these Charge Moves that Stunfisk has access too all only require under 45 energy to use. Paired with its Fast Moves, Stunfisk has one of the most ‘spammy‘ playstyles in the meta.

Discharge, its highest energy Charge Move to use, only requires 5 Fast Moves to use, Let that sink in.

The best way to decide which moves you would want to run on your Stunfisk for battle would be to determine what your current team composition is lacking. Both Mud Shot and Thunder Shock are excellent Fast Moves but the easiest way to find out which of you 2 you would need is to think to yourself what you are using Stunfisk for in the first place. If you are after a generalist that can take on a lot of the meta, then running Mud Shot with Mud Bomb and Discharge will be its best moveset.

Mud Boys have always been those annoyingly strong Pokémon that are either a nightmare to verse if you do not have the proper counters for it or an easy one hit with a Grass type Charge Move.

With that being said, Stunfisk is best played as an initial lead. If you happen to be up against a threat then you have the option to bail out and use another Pokémon. If you are using Stunfisk as a swap to try counter another Pokémon, this can become a dire situation if you don’t know what your opponent has up its sleeve. 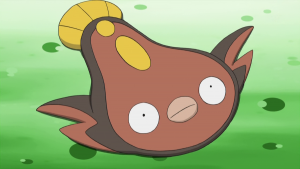 Stunfisk has no moves what so ever that will be beneficial when facing up with a Grass type Pokémon.

Don’t let all this talk about how the mean and nasty Grass users will eat you for breakfast (with maple syrup and strawberries) put you off using this unexpected power-house.

Out of the Mud Boys, Stunfisk has the strongest matchup against Skarmory. Its use of Discharge can throw Trainers off guard since many people will not realise that Stunfisk has access to this move. In certain cases, this will be left unshielded and be able to score a hefty lead from it.

Registeel, the giant metal robot gets melted by Stunfisk. it not only resists Steel types but can shred through any sort of defence that Registeel has. This is Stunfisk’s ideal matchup as all of its moves charge up energy quickly. With Registeel running Lock-On, you are free to farm up as much as you can providing they are switch locked.

Azumaril is a double-edged sword when it comes to who beats who. According to battle simulations, with no shields, an Azumaril running Bubble, Play Rough and Ice Beam will in fact beat Stunfisk. However, having access to an Electric type Charge Move, if played correctly and in a more dominating position, can beat an Azumaril. If you can manage to shield an Azumaril using Hydro Pump, you will be able to get to 2 Discharges before an it has enough energy to fire it off again.

This new addition to the game has lots of potential in future Tournaments. As a matter of fact, Stunfisk is eligible for The Voyager Cup hosted by the Silph Arena which consists of Pokémon from different Regions (Kanto, Johto, Hoenn, Sinnoh, Unova, Alola and Galar) with some exceptions.

Of course, this Tournament format has Pokémon many Trainers are already familiar with. With how big of a pool Trainers can choose from and a plethora of current GO Battle League meta Pokémon, Stunfisk can shine bright in taking on many of these Pokémon in battle.

It has the ability to be a defining factor in winning games for this format and can show its unexpected versatility. Stunfisk is currently ranked #28 for its performance in the Tournament, with Pokémon such as Altaria, Registeel and Swampert being among the top 3 mainly due to the fact that they have the best matchups and usability.

Stunfisk is even a solid pick in an open Great League format, meaning any Pokémon is allowed. Remember, after all, Stunfisk does have a lot of solutions for situations that many Pokémon lack which makes it a strong ally in Tournaments and GO Battle League.

Overall, if you are after a solid anti-meta pick in Great League that can break up popular Pokémon such as Azumarill, Registeel, and almost all Steel types, then Stunfisk is the Pokémon for you. While it may not look like much, just think of the look on your opponents face when you sabotage them with a pancake.

Stunfisk is well and truly worth hunting down. While it may be hard to find one with the current pandemic happening around the world, as mentioned, your best bet if you can’t leave your house is to make full use of an Incense which are temporarily lasting an hour.

Remember, if you are in lockdown, it’s not worth the risk for a virtual creature. In these uncertain times, we must remember what’s most important. Pokémon will always be here, but taking care of yourself and others should be your number 1 priority.