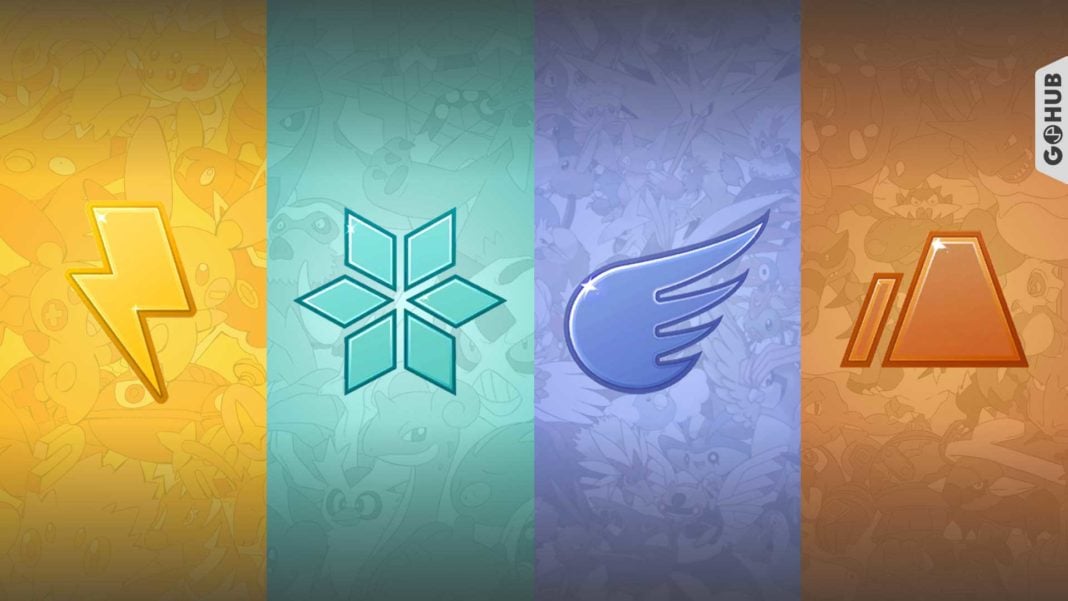 Guide to the best Pokemon you can use in The Tempest Cup. The Tempest Cup is The Silph Arena’s third themed global tournament, featuring Electric Ice Flying and Ground type Pokémon. The Cup lasts from March 1st – 31st, participants can use Pokémon that have at least 1 of the allowed types and matches can only be held in the Great League format (<1500CP). Find all the rules and information on the official website here.

If you look at any kind of rankings on any site that is solely focused on numbers, you will always see that Lapras is at the top of the charts. It has great stats with a lot of HP and can be used as a Water-type attacker or as an Ice-type attacker. If you are planning on using it as an Ice-type attacker you want those Legacy Moves that are so hard to get right now. Ice Shard is better than Frost Breath in every scenario, but you could get away with using Frost Breath. The more important Legacy Move is the Charge Move: Ice Beam, as it’s much quicker then Blizzard, but if you can’t get your hands on that move you can also use Blizzard or Dragon Pulse together with Surf.

I would recommend using Lapras with Water Gun. I think it will bring more variety to your team and it’s much easier to get your hands on this version of Lapras as you don’t need that Legacy Fast move. Water Gun Lapras only gets beaten by Lanturn, Abomasnow, and Tropius amongst Meta relevant Pokémon. And it easily wins 1v1 against Ice Shard Lapras.

How to get it: If you already don’t have one with Legacy moves that you want, you will need to trade for it with your friends. The easiest way to catch Lapras now is from a Win 5 Gym Battles task that rewards Lapras.

Altaria is one of the best Pokémon in Great League, but in the Tempest Cup, it won’t be such a force. But don’t be mistaken, Altaria is a very good Pokémon because it can win almost all 1v1 matchups against meta relevant Pokémon apart from the Ice-type move users like the counters below.

You also want to watch out for Skarmory as that matchup will be pretty close, but Altaria easily beats Tropius and Abomasnow, but can also quite easily win against Lanturn, Quagsire, Rhyperior, Whiscash, and others. If you’re using shields against Piloswine and Mamoswine, they will be forced to use shields as well and in that case, it will also be a very close matchup, but Altaria will lose, so try to avoid it if possible.

How to get it: You want Swablu that comes in around 600 CP to save as much stardust as possible. Catch Swablu in the wild or trade for it. Be aware that evolving costs 400 candy so think about which one you want to use before you start evolving.

One of the most used Boulder Cup Pokémon is making its return in the Tempest Cup. It won’t be as good as it was in the Boulder Cup, but can be a great addition to every team. It destroys Abomasnow and Tropius, and it has only a few direct counters which you need to worry about.

How to get it: Currently the only way to get Skarmory is to catch it or via trade.

Tropius’ Fast move Razor Leaf deals the most Damage per Turn and its Charge Move Leaf Blade requires the lowest energy currently in the game. With those Grass-Type moves it can easily destroy other somewhat popular Pokémon like Quagsire, Whiscash, Swampert or Marshtomp, and it’s also a great counter for Lanturn. It’s also pretty good against Lapras with Water Gun.

How to get it: The main problem with Tropius is that you can only find it in Africa and Middle-eastern Regions as it is a regional Pokémon. So either you’re lucky enough to live there or visited there, or you will need to find somebody that will trade you one.

Abomasnow uses Razor Leaf like Tropius, but easier to get your hands on. The biggest problem of Abomasnow is the lack of good a Charge move. All of them have a pretty high energy cost. But if you can’t find Tropius, Abomasnow will be your best bet to counter those Water and Ground-type Pokémon and is a great counter for Lanturn.

How to get it: To save as much stardust as possible you want to trade for or catch Snover at around 650 CP, so that when you evolve it to Abomasnow it only needs a couple more power-ups. You can also hatch Snover from 5 km egg and it will be around 650 CP ready to be evolved.

Amongst all meta-relevant Pokémon, Charizard has the biggest attack stat and the lowest HP. This stat balance doesn’t really go into his favor, but nevertheless, it can be a great counter for a lot of meta relevant Pokémon in the Tempest Cup. In 1v1 it can beat Skarmory, Altaria and it destroys Lapras counters like Abomasnow and Tropius.

The only way you should consider using Charizard is with its Community day move Blast Burn that is one of the strongest moves in the game. Combined together with its cheap second Charge move Dragon Claw that costs little energy and you might bait out some shields from your opponent.

How to get it: You need to have Blast Burn so if you already don’t have Charizard with Blast Burn for Great League your only option is to trade for it.

Quagsire is probably the best Water and Ground-type Pokémon for the Tempest Cup because it has Stone Edge that can counter half of the types allowed in the Cup. It’s only weak to Grass-type attacks so you should only be afraid of Tropius or Abomasnow while using it.

It would win a 1v1 against Skarmory and Lapras in most cases, and it would be pretty close against Lanturn, Altaria, and Piloswine. But watch out against Whiscash is it would win 1v1 against Quagsire.

How to get it: You want to evolve the Wooper with the CP just above 400 to get Quagsire close to 1500 CP. You can’t hatch Wooper at the moment so the only way to get it is via trade or by catching it.

Lanturn probably has the most HP of all the meta relevant Pokémon for the Tempest Cup. It’s also only weak to Grass and Ground-type attacks. So if you have Lanturn out there you should be afraid of Razor Leaf and Mud Shot.

How to get it: You can either catch Chinchou or Lanturn in the wild, hatch Chinchou from a 5 km egg or get one via trade. You want to aim at Chinchou with CP just below 800, that way you save the most stardust when you evolve it to Lanturn.

Even though Mamoswine got Ancient Power that can get him boosted and give you a massive advantage, Piloswine has a little bit better stats. You can pretty much use both of them, but if you’re using Mamoswine go for Ancient Power instead of Stone Edge.

Piloswine is one of the best counters for Altaria. It’s not really great against any other meta relevant Pokémon but Piloswine can stand its ground against most neutral matchups.

How to get it: Hopefully you have a shiny from the recent Community day ready for your opponents. But if you don’t you want Swinub around 400 CP for Piloswine and below 280 CP for Mamoswine. You can also hatch Swinub from 2 km egg and it will be around 400 CP.

Other Meta Relevant Pokémon for The Tempest Cup

For all this analysis to happen it took hours and days of hard work trying to figure out what will for the meta before meta is even there. I want to give a huge thanks to Ysmael, FitzCity and other GO Hub Writers that helped with this project.

Every move stat you see is from our PvP Move Stats in Pokémon GO article. All of the Pokémon stats, moves, weaknesses and resistances are provided by our database. All of the data about Pokémon matchup is by our own testing in battles, but also with the help of PvPoke and Pokebattler.

We hope that this analysis will help you win a lot of battles in your Tempest Cup.