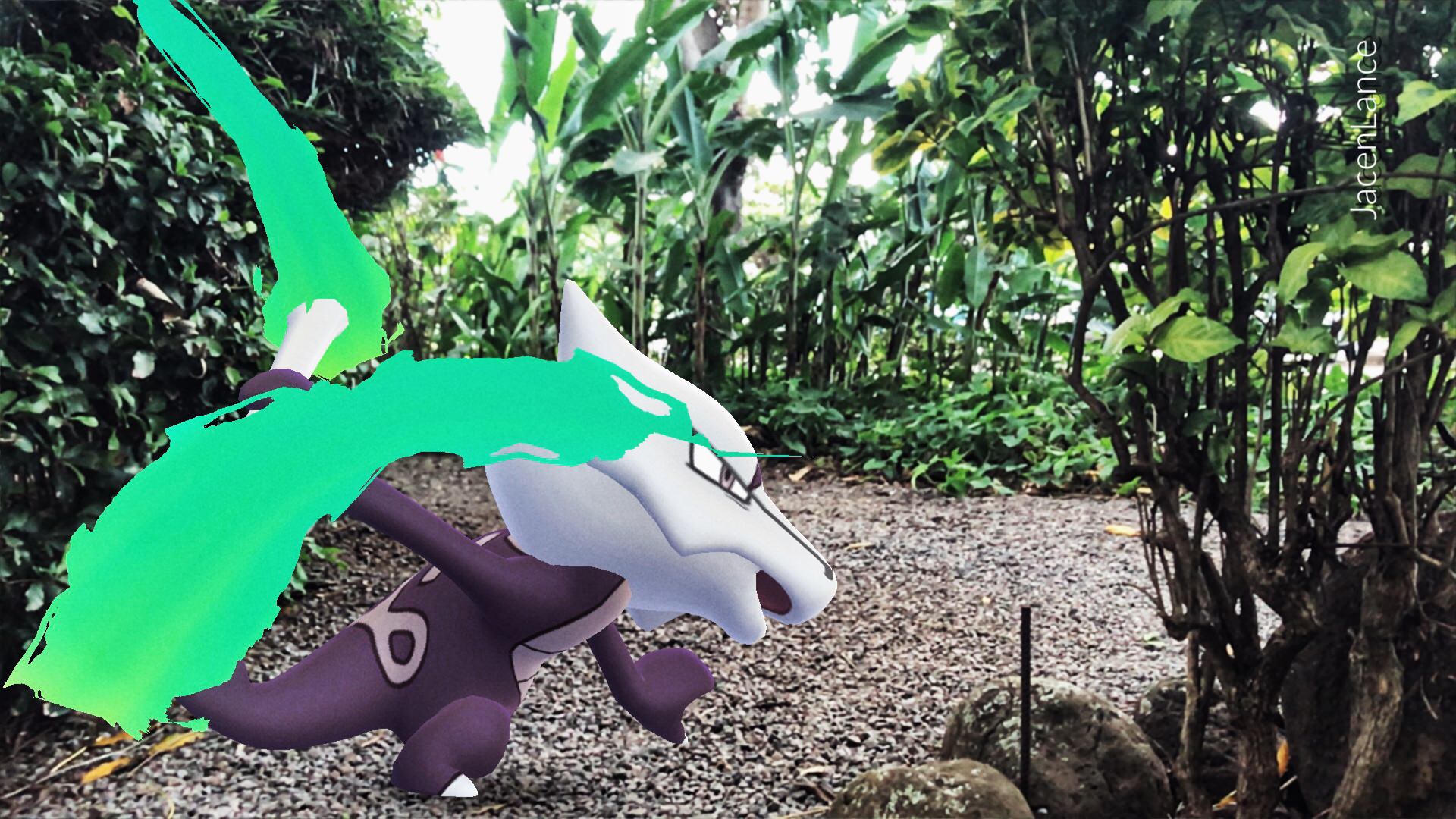 GO Hub has discovered 18 new moves in our latest APK analysis, the 0.123.1 APK data mine. As we already hinted in the APK analysis article (link), we expect these moves will be used for Generation IV, but also that they will trickle down to select Generation I, II and III Pokemon.

The 18 new moves feel like Niantic has forgotten to include them initially and are now closing the gap between Pokemon GO and other Pokemon games, and we decided to see which Pokemon could benefit from these new moves the most. Let’s dive in!

New moves and which Pokemon can get them

Meteor Mash is a Steel type move with 90 Power (Physical) in the main series. Pokemon that can learn it by leveling are:

We expect Meteor Mash to be a charged move and exclusively available as a Community Day move for Metagross.

Skull Bash is a Normal type move with 130 Power (Physical) in the main series. Pokemon that can learn it by leveling are:

Curiously, this move has a turn based mechanic in the core games: The user tucks in its head to raise its Defense in the first turn, then rams the foe on the next turn. Given Skull Bash’s high Power it’s almost given it will be a charged move.

Acid Spray is a Poison type move with 40 Power (Special) in the main series. Acid Spray can be learned by a large number of Generation 1 and 2 Pokemon:

Acid Spray is expected to be a fast move that’s mainly coming in for Stunky and Skuntank, a pair of Poison and Dark Pokemon coming in Generation IV. Grimer and Muk are Alolan in the table above.

Eh… Earth Power is a 90 Power (Special) Ground type move that has a 10% chance of lowering the target’s Special Defense by one stage in the main series. A huge number of Generation 1, 2 and 3 Pokemon can learn it by leveling up:

We expect this move will be a “widespread” Pokemon GO charge move, with a number of currently lower tier Pokemon getting access to it, especially Nidoqueen and Nidoking, who could benefit a lot from having a better Ground type move.

Crabhammer is a high damage Water type move that has 100 Power (Physical) in the core game series. Crabhammer has a high critical-hit ratio, but we don’t expect that to be a thing in Pokemon GO.

The following Pokemon can learn Crabhammer by leveling:

Kingles has solid stats and it even has a potential to become a Water typed Gengar if Crabhammer turns out to be a solid move.

Lunge is a Bug typed move that can’t be learnt by any Generation 1, 2 or 3 Pokemon. It’s a Physical move that deals 80 damage in the core series. The only relevant Pokemon that can learn it is Mothim.

Crush Claw is a Normal typed move that has 75 Power (Physical) in the main series, learnt by the following Pokemon:

Crush Claw isn’t expected to be an exciting move.

Octazooka is a signature Octillery move and is only natively learnt by Octillery. Octazooka is a Water type move with 65 Power (Special). Octazooka can also be passed as Egg move by breeding, but we wouldn’t go as far to say that breeding is coming because of this.

Mirror Shot is a Steel type move with 65 Power in the core games. Mirror Shot has a chance to reduce accuracy and can be learned by the following Pokemon:

We’re quite confident that Mirror Shot will be a Fast move specifically tied to the Magnemite family.

Fell Stinger is a Bug typed move with 50 Physical damage in the main series. We’re quite confident that Fell Stinger will be a fast move in Pokemon GO, with the following Pokemon having access to it:

Leech Life Bug targets a different set of Pokemon than Fell Stinger, and it has 80 Power in the main series games. The following Pokemon have access to this expected-to-be-charge move:

By the looks of it, the weakest Bug types could be in for some buffs, especially if Leech Life is introduced as a status effect.

Drain Punch is a Fighting type move that no currently available Pokemon can learn by leveling up. We won’t be going in depth about it, as it’s reserved for Generation 5 and onward.

Shadow Bone is Alolan Marowak‘s signature move, whose description states the following: “The user attacks by beating the target with a bone that contains a spirit. This may also lower the target’s Defense stat.”. Shadow Bone is a Ghost type move that we expect will become one of Alolan Marowak’s charge moves.

Muddy Water is another widespread move, similar to aforementioned Earth Power. Muddy Water is a Water typed Special move with 90 Power in the core series, and it can be learnt by the following Pokemon:

We expect it to be a charge move, but we’re not sure which Pokemon will have access to it, Vaporeon doesn’t fit the theme in our mind.

Blaze Kick is a Fire typed Physical move with 85 Power that can only be learnt by two Pokemon when leveling:

Given that Blaziken is on the list, we’re not sure if this will be a new regular charge move or Blaziken’s Community Day exclusive move, similar to how Metagross got (or will get) Meteor Mash.

With such a low potential target audience, we expect Razor Shell to be a regular charge move. Razor Shell is a 75 Power Physical move in the main series.

And the last move to be introduced in this APK is Superpower, a 120 Power Fighting type move that deals Physical damage. Superpower can be learnt by a staggering number of Pokemon, as the table below shows:

With 120 Power in the main series, we’re almost 100% sure this will a new Fighting type charge move, targeting Pokemon from Generation 1 and Regis.

First and foremost, ALL these moves are meta changing. The ones that really standout is:

Each of these moves have the potential to really make some Pokémon a LOT more relevant in the meta game. It all depends on the following: whether they become a quick/charge move, how much power each move gets, the number of bars (charge move) and how much time it takes to fire off each move. In short, overall DPS.

Without a doubt, Crabhammer and Meteor Mash are going to make Kingler, Crawdaunt and Metagross better for example. Things are starting to get exciting! Only time will tell how useful these moves will be. When that time comes, this article will be updated accordingly. Which moves are you most excited for trainers? Let us know!