Moves in Pokémon GO are one of the main factors when evaluating Pokémon’s strength. Before any words on quick and charge moves, it is important to understand several key terms related to battles in the game.

Stands for the Same Type Attack Bonus. STAB increases damage of moves that are of the same type as the Pokémon using them by 20%. For example, psychic type Alakazam has STAB on Psychic type move Futuresight. This is not the case for its other moves – Ghost Shadow Ball or Fighting Focus Blast.

When there is the weather that boosts certain type, the move of that type deals additional 20% damage. Pokémon typing does not matter at all in this situation.

DPS stands for damage per second. It is explained more in depth in How is move damage calculated in Pokemon GO. In short, the damage is influenced by the base damage of a move, Pokémon attack stat and attack IV value, weather boost and STAB. The results are then floored.

EPS is an acronym for Energy per Second. It indicates the value how fast the quick move can fill the charge move bar.

Because the damage formula floores the DPS, powering up a Pokémon to certain level will “break” rounding so the Pokémon can deal more damage. This is a particularly useful feature to know for saving  the stardust. Breakpoints are described more in What are Damage Breakpoints in Pokémon GO.

These are moves that Pokémon once knew but can no longer learn. If Pokémon is Evolved or the move is changed by TMs, legacy move cannot be obtained. Full list of Pokémon with their legacy moves can be found in Movesets Explained.

Double weakness is possible only on a Pokémon with dual typing. Both types have to share the weakness against certain move. If so, then this Pokémon takes 1,96x more damage.

Pokémon can have up to 2 fast moves available, but only one of them is active at a time. Several Pokémon can learn only one. It is the first attack displayed on the Pokémon’s summary screen. There is additional value and icon added if the move type is boosted by the weather. Fast moves are activated by tapping the screen during gym and raid battles. It deals damage and fills the charged move energy bar at the same time.

There are basically two categories to rank fast moves. Those with faster energy gain and shorter cast time are best for attacking purposes. The faster the move the better dodgability and EPS it provides. On the other hand, slow and hard-hitting moves with better DPS are great on defense, since Pokémon defending the Gym can use their fast move every 2 seconds.

Quickest Fast moves of each type

Quicker Fast moves are particularly useful in short-man raids. Gengar can be used as a great example since it is a definiton of glass cannon – Gengar deals huge amount of damage in short period of time but cannot take a hit very well. Its legacy move Shadow Claw is only slightly better than Hex in terms of DPS. However, Shadow Claw is significantly faster which helps in finding a better dodging pace.

The most useful fast moves

The Charged move is the second attack displayed on Pokémon’s summary screen. Pokémon can have up to three different charge attacks but only one of them active. That makes use of Charged TMs a lottery with a 50% chance of getting the desired move. The only exceptions to this are Mewtwo with 5 moves available, Pokémon with a legacy move, and Mew with a pool of 25 Charged moves to choose from!

Charged move bars are filled by using the fast move and once the bar is filled, it is activated by clicking on the Charged move button. Common strategy in raids is to tap only the button in order to use the charge move as soon as it is activated while simultaneously spamming the quick move. Prior to version 0.85.1 the player had to hold the screen to release the charge attack. 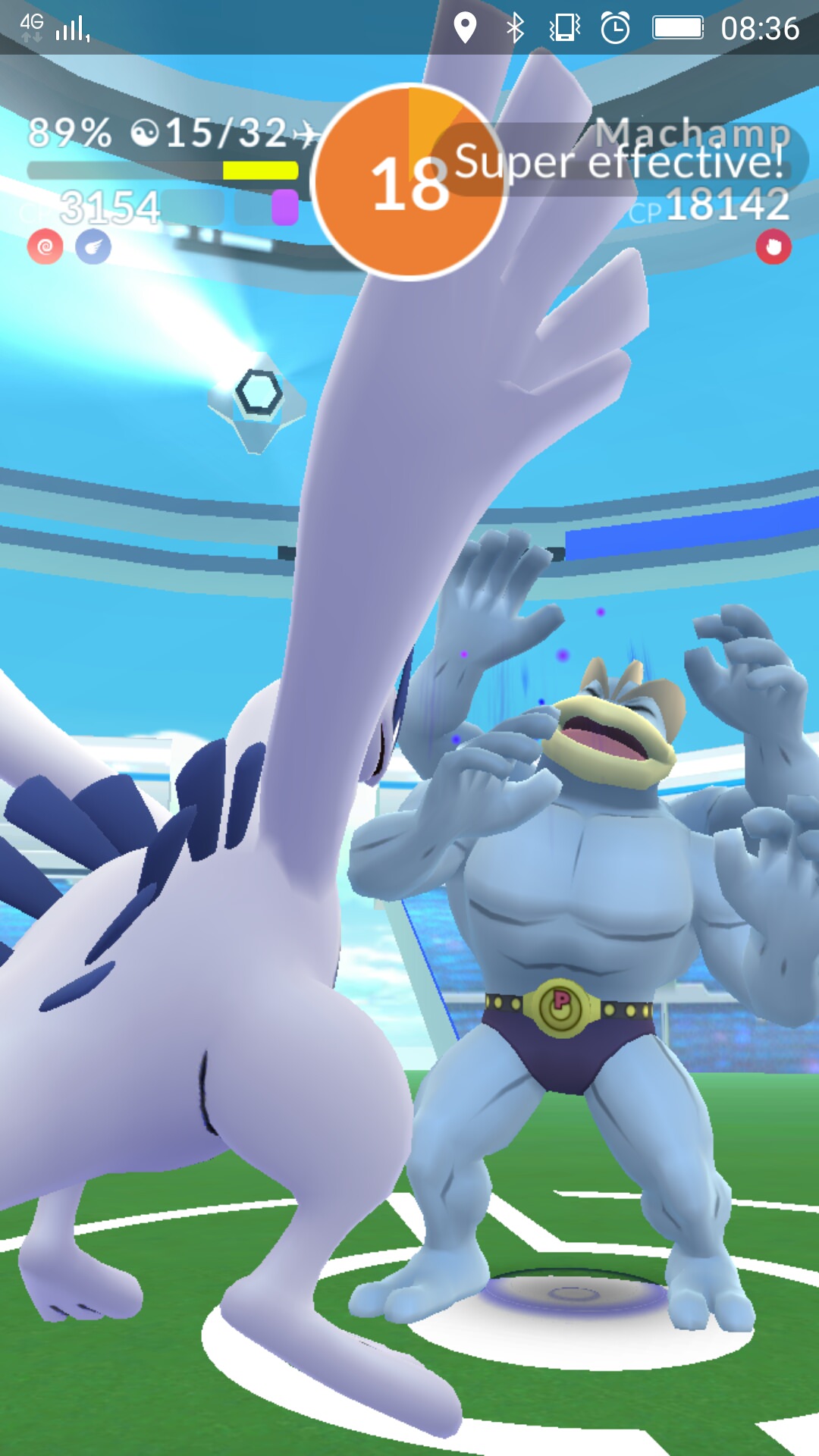 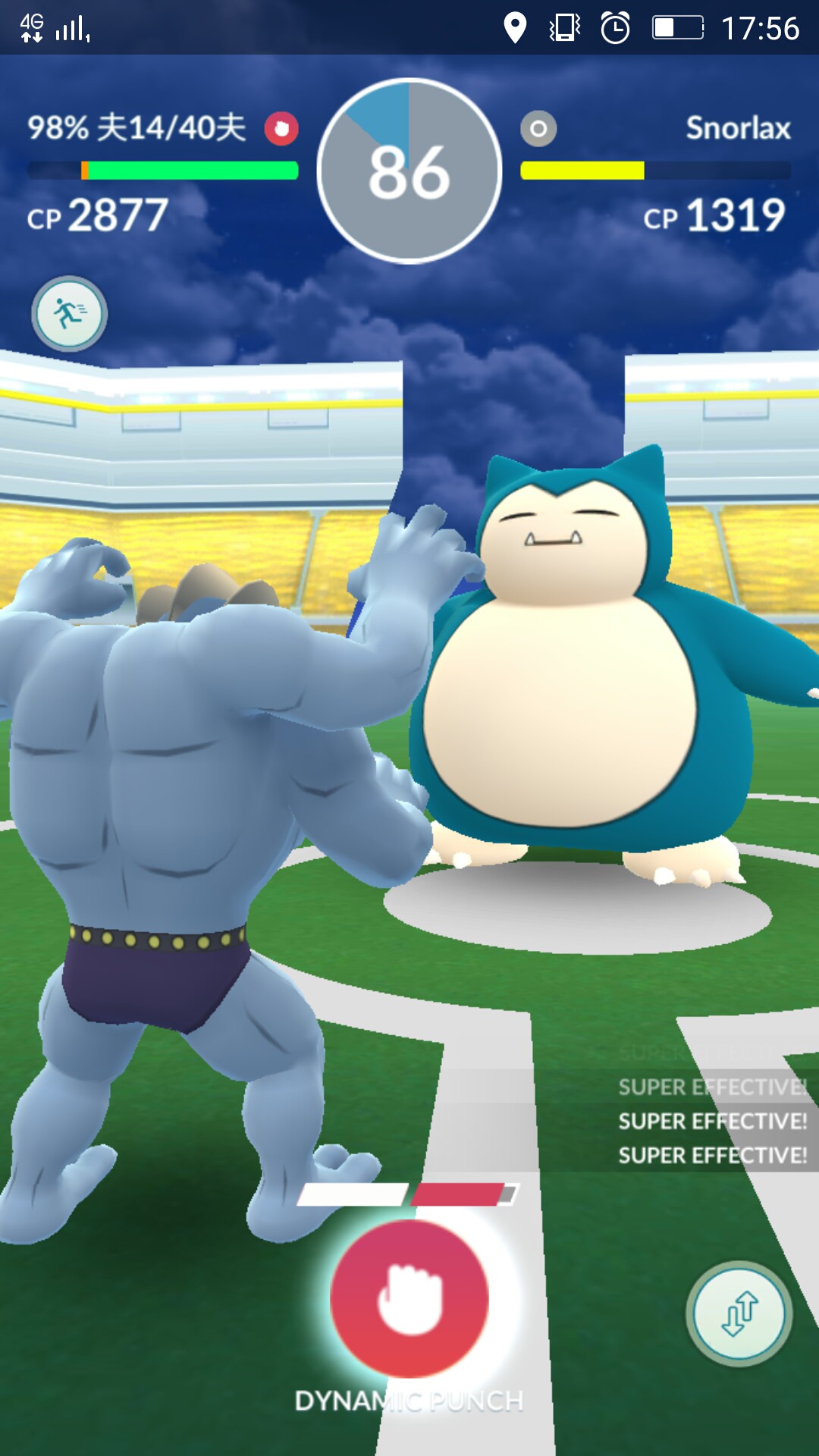 1 bar charged moves are typically stronger, at least on paper. Simply looking at the DPS is not enough. The main reason for that is, it completely ignores the total damage output (TDO) and other factors that play crucial role in the real battle. As a rule of thumb, 2 bar charged moves usually provide better TDO and dodgability. 3 bar moves are considered generally inferior with the exception of Grass Leaf Blade and Dragon Dragon Claw.

Another measurement to determine strength of a move is the Cycle DPS. It takes into consideration more variables but the value is bound to specific Pokémon’s stats. The formula assumes that the fast move is used constantly and charged move immediately when it is ready. It also compensates for energy drain and attack duration in those cycles.

Strongest charge moves in terms of DPS and overall damage

Type effectiveness accounts for 1.4x damage and is indicated by a super effective text message in the battle log during the battle. Pokémon with double weakness takes 1.96x damage yet the message remains the same. Pokémon with a resistance to the move type takes only 0.714x damage and 0.51x when there is a double resistance. More on type advantages in Damage Mechanics.

The most popular Pokémon with double weakness are Tyranitar, Golem, Rhydon, Dragonite, Gyarados, Exeggutor, Moltres and Aggron. Any of these would not make a good defender (excluding legendaries that cannot be put in gyms).

In general, the best case scenario is having two attacks of the same type on a Pokémon, ideally with STAB. It rarely happens that defending Pokémon is weak particularly to two different types of moves attacking Pokémon can learn.

There are situations where generalists offer better damage output than super effective Pokémon, as long as the defender does not resist attacker’s moves. It all depends on overall attacker’s statistics in combination with the moveset. This is something to bear in mind especially in raid battles when the damage translates into more Premier Balls and more rewards.