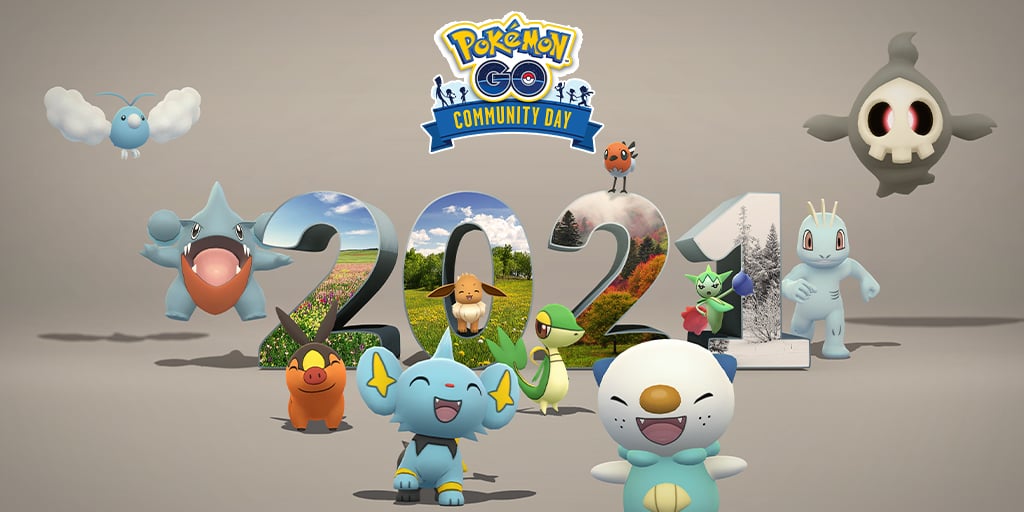 Although most Community Day moves in the last 2 years have been mainly PvP-focused, there are still some great PvE picks to consider. The main goal of this event guide will be to provide a short description of the PvE meta relevance of each featured Pokémon (+its CD move), so that you can decide which Pokémon you want to focus on catching in order to build your PvE teams.

If you’re into PvP, you might want to take a look at the Community Day PvP Field Guide written by my colleague and PvP expert JRE47!

Hydro Cannon Empoleon is a decent water type attacker but definitely not top-tier. It’s outclassed by Kyogre, Kingler, (shadow) Swampert and the water type megas (Blastoise, Gyarados and Mega Swampert in the future). It ranks slightly below Hydro Cannon Samurott and Feraligatr, so it’s not a meta defining Pokémon by any means.

PvP-wise, however, it’s one of the top priorities. Keep an eye out for our PvP guide for more details!

Rock Wrecker Rhyperior is hands down one of the top priorities. It’s arguably the best non-shadow rock type attacker in the game as of now, only slightly outclassed by Shadow Smack Down Tyranitar. Although Rampardos hits harder due to its insane attack stat, Rhyperior’s bulk and TDO make it stand out.

Keep in mind that Rhyhorn won’t be spawning in the wild. If you want to evolve one and you don’t have one with good IVs, you’ll need to hatch 2km eggs or look for Rhyhorn raids.

Unfortunately, Counter doesn’t help Alakazam too much. Unless you want to pair it with Focus Blast to do some raid challenges such as this one by KaitoNolan, Counter Alakazam should not be one of your top priorities in this event.

Even Bullet Seed Shadow Shiftry fails to outperform regular Roserade, Tangrowth and Venusaur, so that should tell you enough about its non-shadow form. Shiftry is just too squishy and lacks offensive power to shine in PvE. You can skip this one.

Drill Run doesn’t even get STAB on Beedrill, and it’s mainly a PvP pick. If you just care about its PvE performance, there’s no need to worry about getting a DR Beedrill.

Gengar’s best moveset is Shadow Claw/Lick* + Shadow Ball. Shadow Punch is significantly worse than Shadow Ball and there’s almost no use for it in PvE. The only situation where Shadow Punch might come in handy is when you don’t have enough energy to fire off a Shadow Ball before fainting. But overall, it’s probably not worth double-moving a Gengar for this purpose, unless you want to use it in PvP.

Aqua Tail is a low-cost water type charge move. Performance-wise, it’s worse than Hydro Pump in PvE. Yet again, if you want to use it in raid battles, the best choice would be to pair it with Hydro Pump and only fire it off when you’re about to faint and you don’t have enough energy to throw the nuke. It could also work for gym-clearing purposes, although coverage moves such as Outrage or Crunch would probably work even better.

In PvE, Tri Attack isn’t even Porygon-Z’s best charge move. Even then, when are you gonna use a normal type attacker in raids/gyms?

Dragon Breath Charizard’s main use in PvE as of now is as a dragon-type booster when mega evolved.

There’s no PvE use for Thunderbolt Magmortar whatsoever. Skip it if you’re not into PvP.

Same case as Thunderbolt Magmortar. Flamethrower Electivire is another easy skip if you don’t PvP.

Payback is a dark type charge move that should only be carried on Machamp if you’re building a PvP team around it or if you want to add a coverage move to take down gyms.

Bullet Seed is worse than Razor Leaf and Weather Ball Fire doesn’t even get STAB. Roserade is a great grass type attacker but definitely not with that moveset. Hard skip if you’re not into PvP.

Incinerate Talonflame is unfortunately not a good fire type attacker. It’s significantly outperformed by more powerful Pokémon such as Reshiram, shadow legendaries such as Entei or Moltres and even common Pokémon such as Flareon. No need to build one unless you plan to use it in PvP.

Although Frenzy Plant is Serperior’s best charge move in the game, Serperior just doesn’t have the stats to compete with the top-tier grass type attackers. It’s a nice move to have, but I wouldn’t recommend investing in a Serperior for PvE purposes.

Altaria doesn’t have a fairy type charge move to pair up with Moonblast. Even then, it still would be a bad Pokémon for PvE purposes as it lacks offensive power. Moonblast is better than Dazzling Gleam in PvP, so there’s always that.

This is probably the one you were looking for. Earth Power Garchomp is arguably the BEST Pokémon to focus on getting during this year’s final Community Day.

Earth Power Garchomp rocks a TRIPLE resistance to electric charge moves and a pseudo-legendary tier stat spread, making it the #1 ground type attacker in the game.

Let’s get straight to the point. There’s no single Eevolution worth getting with their respective 2021 Community Day charge moves (for PvE purposes, though!!). If you want to know more about the moves, feel free to check the event guide.

Hydro Cannon Samurott performs very similar to Hydro Cannon Empoleon. In fact, stats-wise it barely outperforms it. It all comes down to what charge move a specific raid boss/gym defender has.

Overall, Hydro Cannon Samurott is a decent water type attacker to have but keep in mind that there are still some Pokémon such as Kyogre, Kingler and the water type Megas that outclass it.

Shadow Ball Dusknoir is really bad for PvE purposes. Dusknoir’s lack of offensive power makes it perform significantly worse than the top-tier ghost type Pokémon, so there is no real need to get one aside from collecting or PvP purposes. Although Shadow Ball is its best charge move in the game, Dusknoir is just an underwhelming Pokémon.

Psychic Fangs is a psychic type charge move that helps Luxray get some additional wins in PvP (check out this guide written by JRE47 for more details). Aside from that, there is no real purpose to build one for PvE.

PvE is not only about raids, but also gym offense/defense. Therefore, these factors have also been taken into account when making the following Tier List. However, the following list only considers the CD moveset alone when assessing the meta relevance of any given Pokémon. As an example, a Frenzy Plant Serperior is not exactly a great grass type attacker, but it’s a better “specialist” attacker than Payback Machamp, as it lacks STAB and carries a mixed moveset, which isn’t very useful in raids either.

D-Tier Pokémon are not necessarily bad, in fact some of them are quite relevant, but NOT with the CD movesets, as they are mostly PvP-oriented.

S Tier (must have)

Unfortunately, there are not many Community Day Pokémon with PvE-relevant charge moves. I’d just recommend focusing on getting a team of Earth Power Garchomp, Rock Wrecker Rhyperior and perhaps evolving some starters as they get their best movesets that way. And ultimately, have some fun and stay safe!