Raid Days: An In Depth Guide 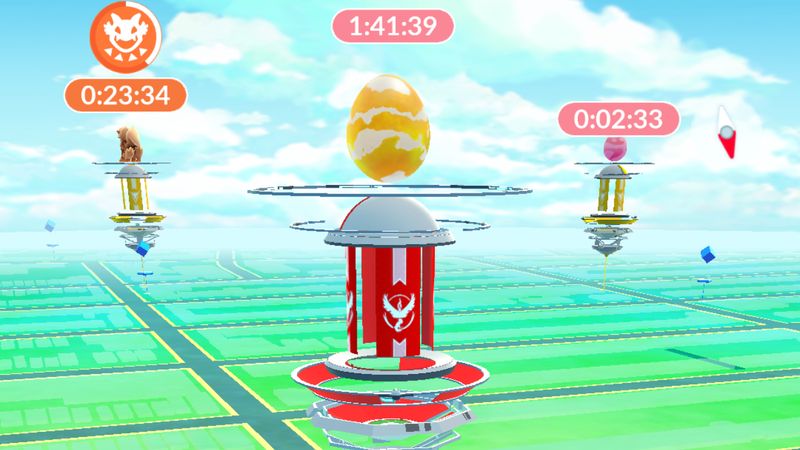 What are Raid Days?

Raid days are not actually a full ‘day,’ but like Community Day, a three-hour mini-event in the middle of the day on a Saturday or Sunday. During this event, every gym that does not have a pending EX Raid, or already has an active raid, will spawn a special event raid boss with a three-hour timer. This is a lot like the recent Legendary Lunch (or dinner) Hours, but the difference lies in the usual dates, and time frame for the events (weekdays and lunch dinner hours for Legendary Raid Hours vs. weekends for 3 hours in the middle of the day for Raid Days). Raid Days also allow 5 free raid passes (you can get 6 if you save your free raid pass from the day before) to take part in the festivities, which the Legendary Hours do not provide. Raid Days also usually unlock the Shiny for the featured Pokémon, which have proven to have a higher than normal rate of appearing after the battle is won.

The original Raid Days were the three Kanto Birds, Articuno, Zapdos and Moltres. These events were unlocked by completing global challenges during the Summer of Pokémon Go 2018, after the Dortmund, Chicago, and Yokosuka events.

The nice thing about these raid bosses was that they were all Tier 4 Raids, instead of Tier 5 Raids, making them a lot easier to beat with smaller groups (Moltres was soloable under some super crazy conditions!).

Gengar was released as a Raid Day later, in November of 2018, revealing that Niantic is not afraid of making non-legendaries the feature of these kinds of events. Like the Kanto birds, Gengar was a Tier 4 Raid, so a little bit harder than the standard Tier 3 Raid. In May 2019, Lapras also announced to be a Raid Day, but after the shiny was already released during the Sentosa Safari Zone.

Where is the Best Place to Play?

The best place to play depends on how you want to play. If you’re going to use only the 5 free raid passes provided to you, then any place with 5 gyms works. If you’re going to do as many raids as you can fit into three hours, then it is worth it to drive to your nearest city (unless you live in a condensed city already) and spend the day there.

The best places to raid are places with short drive times between gyms, where you can park safely, and have good cellular service. Wouldn’t that be a dream world?

How Should I Play to Get the Most of the Event?

It may sound selfish, but traveling in small groups is best for getting in the most raids possible. When you are not looking to beat the clock, and just using the 5 free raid passes, then you can travel in however big a group you can gather and handle. Taking the reins on a large group of people all raiding together can be stressful, so keep that in mind, but if you feel up to the challenge, it is great leadership experience.

When traveling in a small group, it is even better to travel in one car, to cut not only gas costs but travel time between raids. Some people push the limits and join the lobby, battle the raid boss for 15 seconds, then begin the drive to the next raid. This has a high risk of error and is not recommended if you are looking to catch every encounter you get. Many trainers looking for nothing more than XP, just run away from the ones that they recognize as low IV and not shiny, and only stick around for the shinies and high IV encounters. Nothing is worse than erroring out of a good IV Pokémon and then frantically driving back, losing more time in the end (no… I am not speaking from experience… what are you talking about).

TLDR; Smaller groups = More raids are done, though sometimes it is best to wait until you are on the catch screen before you even think about driving away (and even then, it is risky).