Hi pufftantrums! First of all, tell us about yourself and where you are from.

Absolutely, I am Frank & I’m from the United States, Texas to be more specific. I’m in the sweet spot of both regional Pokémon spawns Tauros & Heracross so that’s neat. I’m 29 & been playing Pokémon Go since day 1 of 2016

Like most kids at the time, I first got introduced in the late 90’s into the early 2000’s to Pokémon Cards. They were super huge, I mean practically everyone in my school had some. Mostly just for showboating the holographics and or trading cause none of us really knew how the card game was actually played, then I presume the anime & gameboy games came not too long after.

The day is ever so synonymous as 7.6.2016 the official launch of Pokémon Go. I had saw a commercial a few months prior to the launch date. It was a Niantic & the Pokémon Company promotional commercial of PoGo and after that first viewing of that advertisement, I was counting down the days until then, I was working at a restaurant at the time of the release day & I remember constantly checking my phone to see when the app would go live & mid-shift it happened. I hurried to the restroom and started playing. My starter was Squirtle, two words, SQUIRTLE SQUAD. No other starter has its own squad (to the best of my knowledge?)

Currently at level 44, and team Instinct. (I had to endure all those memes & sly comments on my team instinct those first early years but I stuck through)

I’ve pondered this question to my myself many times over the years…and I always seem to have four Pokémon in mind. Poliwrath, Wartortle, Gengar and finally Lickitung. No specific reason as to why I enjoy those Pokémon the most I just assume they’re the most aesthetically pleasing to me? And honestly the AR Pokémon that I photograph frequently aren’t even any of those four Pokémon. (It is rather strange now that I think of it.)

I’ve always been an iOS kind of guy but lately I’ve seen screen recordings of the game
being played on a Samsung by Youtubers, such as Mystic7 & ZoeTwoDots and gosh, the smooth transition of the game, seem so flawless. Seriously considered changing phones, solely for the use of Pokémon Go play and the 2nd part to that on apps I use for AR photography. I must say I’m pretty bland, I’ve seen trainers on “School of AR” sessions use 3/4+ apps on one photo. My heads spin just thinking of all the extra copies of pictures stored in the camera library, but yes particularly SnapSeed & Photofox and I’ve been dabbling on photoshop as of late.

Your work is often an incredible blend of AR photography and editing, in order to create amazing realism, adding flames for fire types and sparks for electric types for example. Do you have a background in editing or digitial art?

First of all, thank you for the kind words, I’m humbled. I love the feeling & I don’t know if this is just me but when I go do my AR photo shoots and I find that excellent shot in between the 20 other mostly identical shots & say “man, this one alone is great, I can’t wait to edit this one & make it so much better”. It really does bring out so much joy, when I’m out shooting imaginary creatures on my phone. (Laughs to self) and I do have a degree in Fine Arts, totally different medium though but like anyone, when you consistently do something & over time, hopefully you make some progress out of it.

Your use of shadows to make your scenes more realistic is something that you really excel at, any advice for someone who might want to start working on their lighting and shadows?

I’m really touched by your words Kitty. Thanks & yes I had a professor in my drawing class who would always emphasize depth, I don’t know why that was his thing but it always stuck and when it came to AR, it’s great for what it is, but it really does lack depth. So with my editing I do my best to give it that extra shadow for that little bit of character. Plus just viewing a Pokémon that has any realistic qualities is just plain cool.

I like to switch it up every now and then because being stagnant Is the worst. I recently tried taking a photo of my phone while it’s in AR, I coined it “#Pokëception”. It’s nothing new but it felt new to me & I was able to come out of it with a few great shots but I think technique wise it has to the bokeh style, to me the ones who perfect it so well are Lauren & Bobby. (AshKetzchup, Pkmn.Snaps)

I believe I do, it’s clearly nothing fancy, it’s on the 2nd day of Pokémon Go launch & I switched the camera to AR to take a photo of a wild encounter of a Pidgey or Pidgiotto with my friends in the background with the Pokémon (side note: none of them play this game anymore, haha only me.) 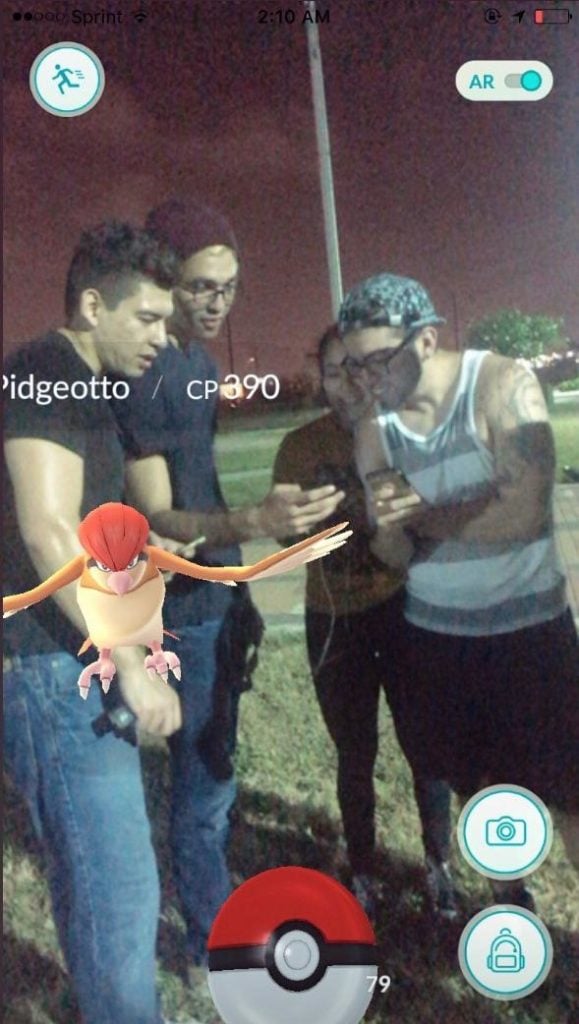 My go to has been anywhere there’s a open landscape that I have a clear view of the skyline preferably during sunset (random cloud fixtures & the shades of the warm to cool colors colliding) it really does set up a perfect back drop for AR or any photographs at that.

I don’t know how I’m gonna answer this one, currently I have close to 700 AR shots on my Instagram dating back to 2017, but if I really had to think about it, i would have to narrow it down to two photos, one in 2019 & the other in 2020. 2019, is Charizard staring down a Blastoise in a narrow forest scenery. (It’s 2 different photos to make make one complete story, and to me I really enjoyed shooting the AR photos & editing them.

2020, has to be my Mew Pokëception pic, I pulled an all-nighter & it was sunrise, I looked outside and the sky was so gorgeous, so I hurried out with my two phones to set it up quick & used Mew, to compliment the sky and in that instant everything just worked, the quality, the Pokémon placement, the sky was perfect. I did very little editing to it cause to me it was almost too perfect. 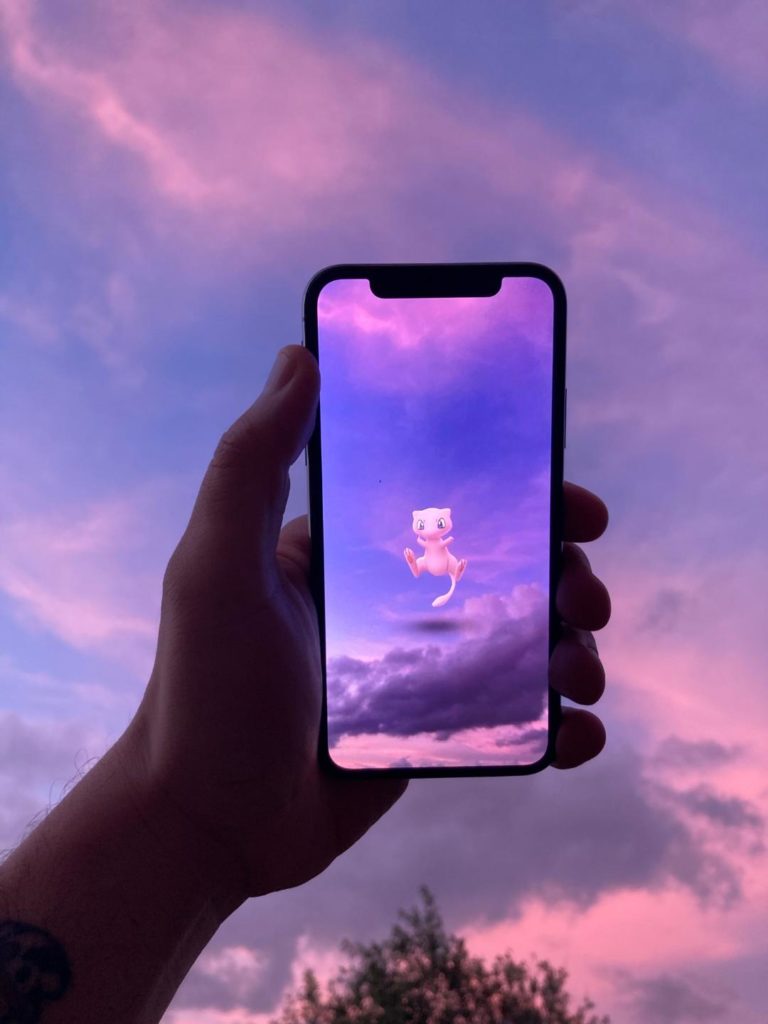 If GoSnapShot could some how incorporate “Pokémon Snaps” into Pokémon Go, where as if I’m just walking along & I see a geodude on the map, to switch it to AR mode & see the Geodude interacting with its AR surrounding landscapes and which in point you could take photos of it. OH MY DAYS, TAKE ALL MY MONEY NIANTIC.
But then again I don’t know if that is blatantly ripping off Pokémon Snap entirely.
Just saying I would prefer playing it on my mobile device rather than on a switch console, but I won’t get my hopes up.

And finally, where can we find you on social media?

Perfect Segway, I’m on Instagram at PuffTantrums. (Why is that my username, idk it just seemed humorous at the time & it just stuck)