How to AR: Event Photobombs 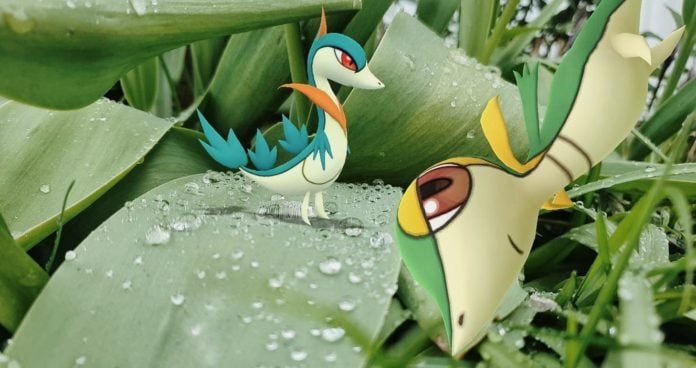 With many events in Pokémon GO, we are often given special ‘photobomb’ art for AR photos. Community Day regularly features them, and we’ve seen the likes of Jessie and James appear with Team GO Rocket events and more! While Smeargle may be the regular trouble maker appearing in a maximum of one photobomb per day, events can give us up to 5 photobombs that can be utilised to make really cool AR photos. So let’s take a look!

The first thing that is important to know, is that these photobombs are only designed to work in portrait, not landscape. Hopefully in the future this will change, but for now, you need to hold your phone in portrait for the intended photobomb to work properly. 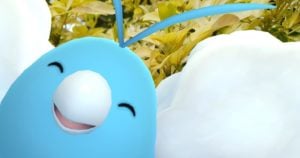 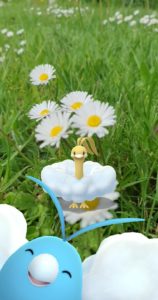 As you can see, Swablu in landscape basically fills the entire photo, whereas in portrait they are just popping up in the corner, so can be more easily utilised as part of a scene. 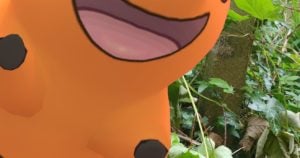 Similarly with Tepig, their photobomb is so big you only got their mouth, and they still take over most of the frame even in portrait. 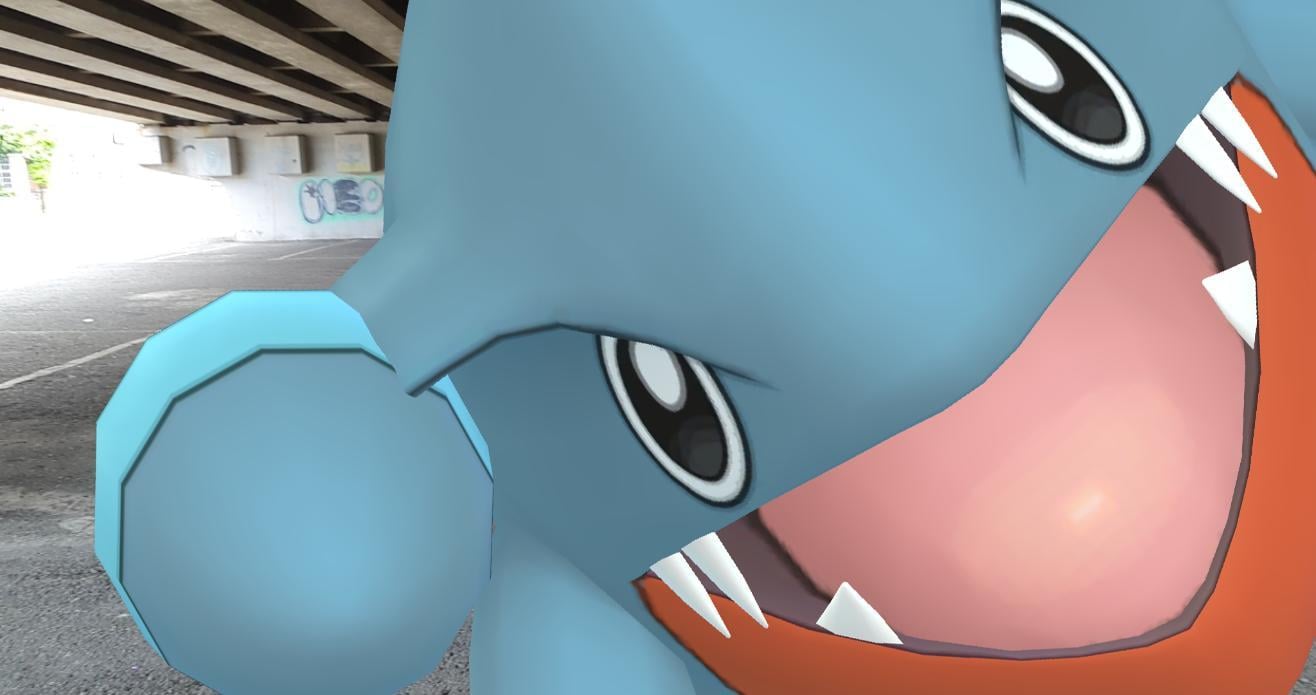 Gible is another example of a ridiculously big landscape photobomb, looming over the whole photo.

Now occasionally, the giant photobombs in landscapes can sort of work. With Snivy, they didn’t just pop up from the bottom of the screen like most, so when in landscape it meant they sort of appeared from the top corner and didn’t overtake the scene. With Weedle, the ridiculous size almost looks like a bug has snuck up to peer in the camera, so it can be utilised, but with very limited photobombs, it is tricky! 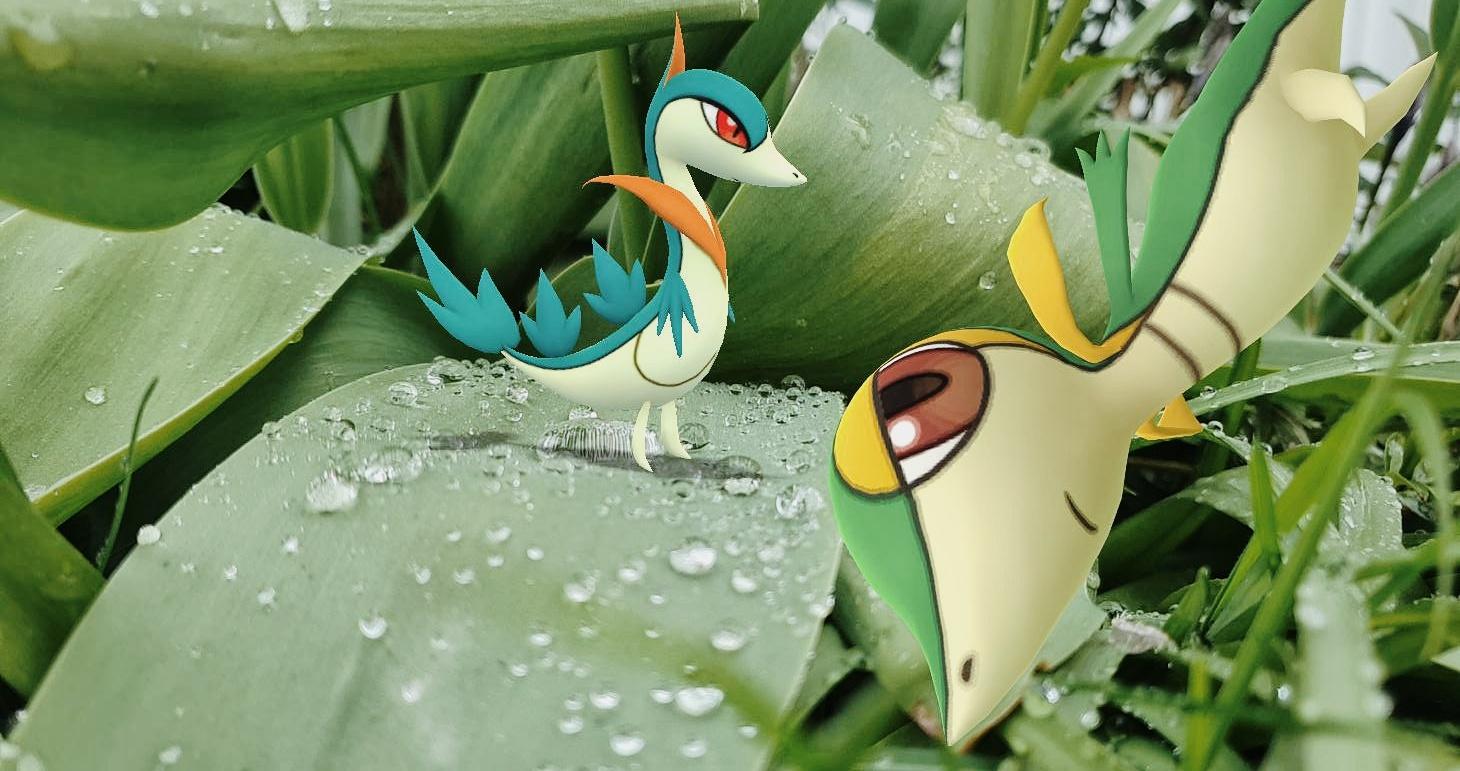 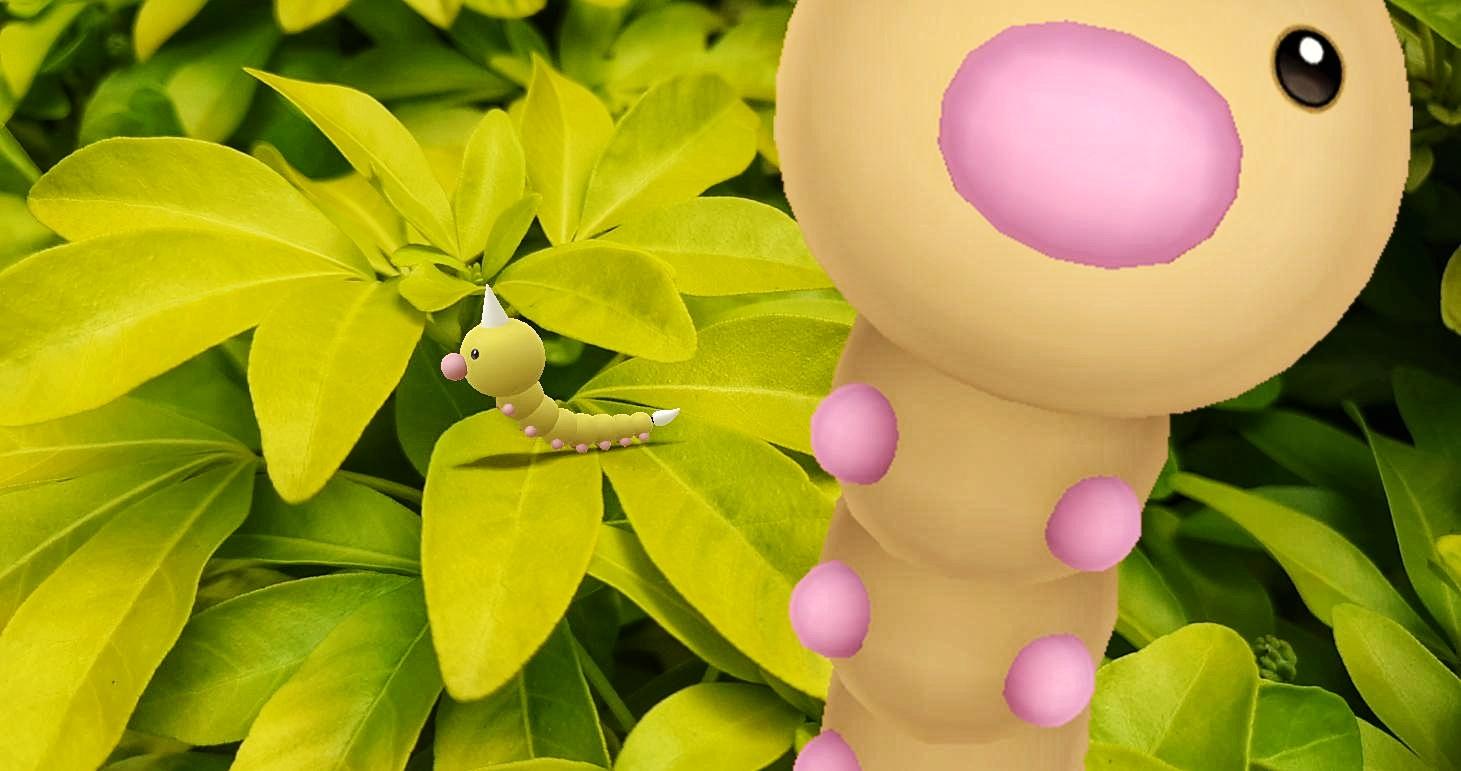 With this Team GO Rocket photobomb, the landscape sort of works, in that it is daft. Is the Team GO Rocket member hanging in from one of their balloons? Maybe! But the portrait makes more sense. 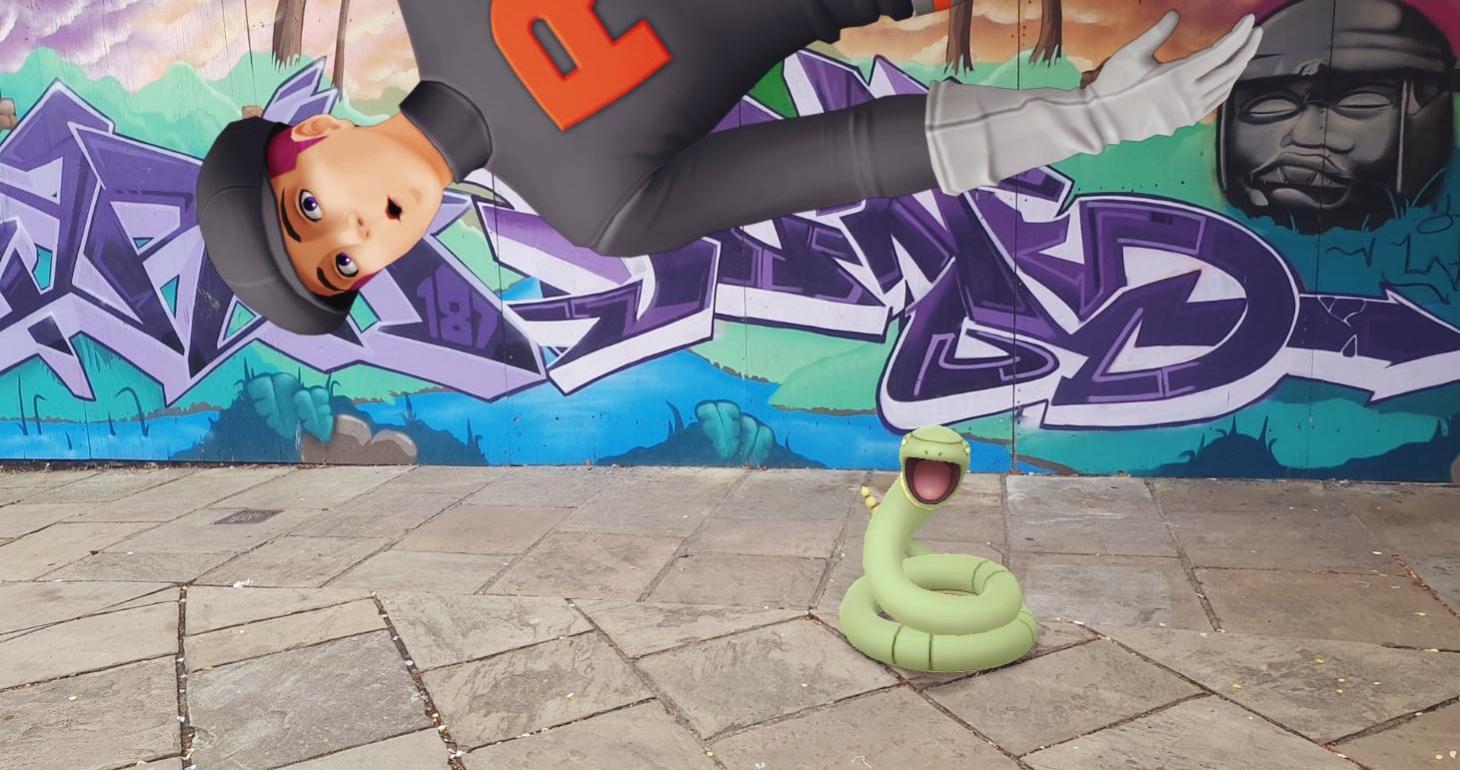 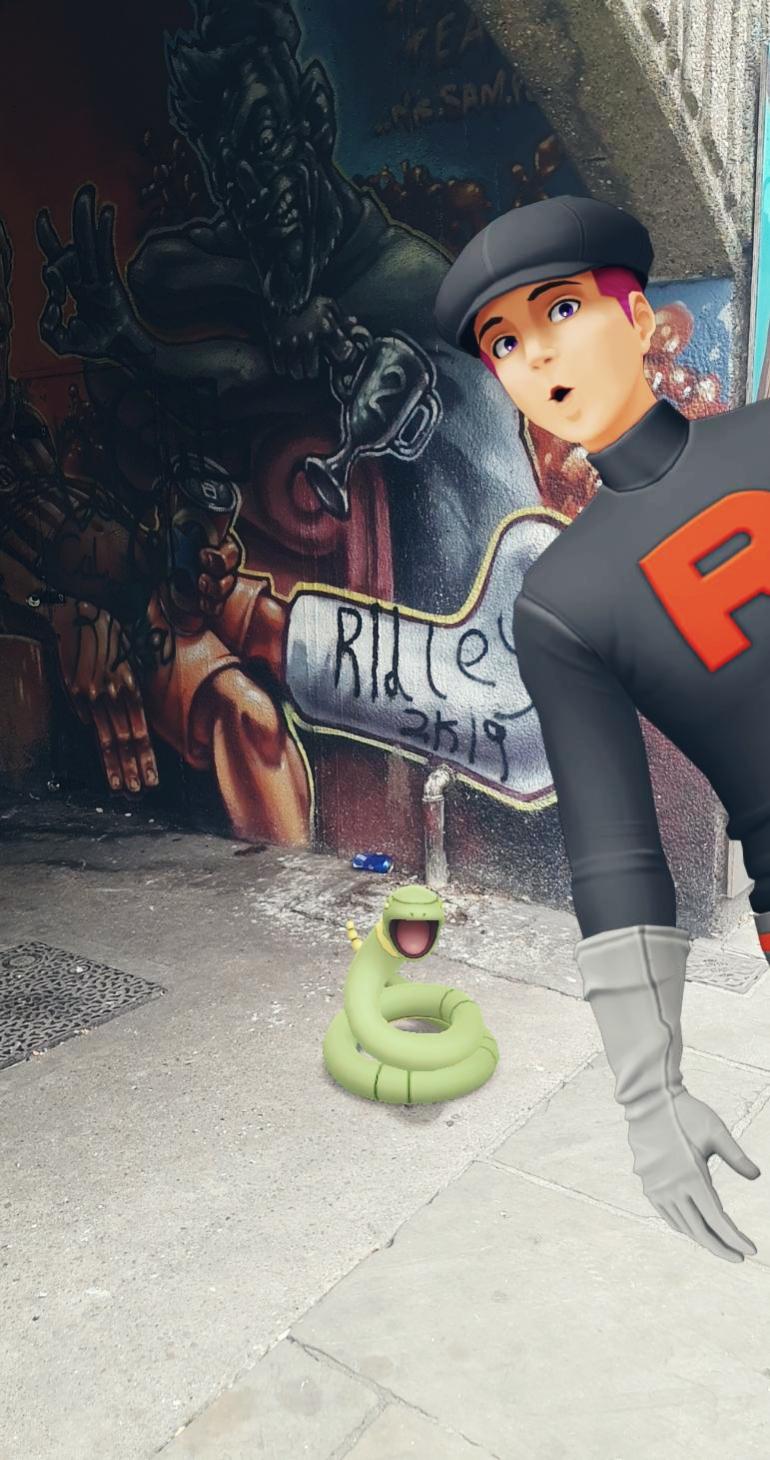 Another big thing to consider is your setting and theme. Are you going for realism, fun, or just something totally out there? What story are you telling? 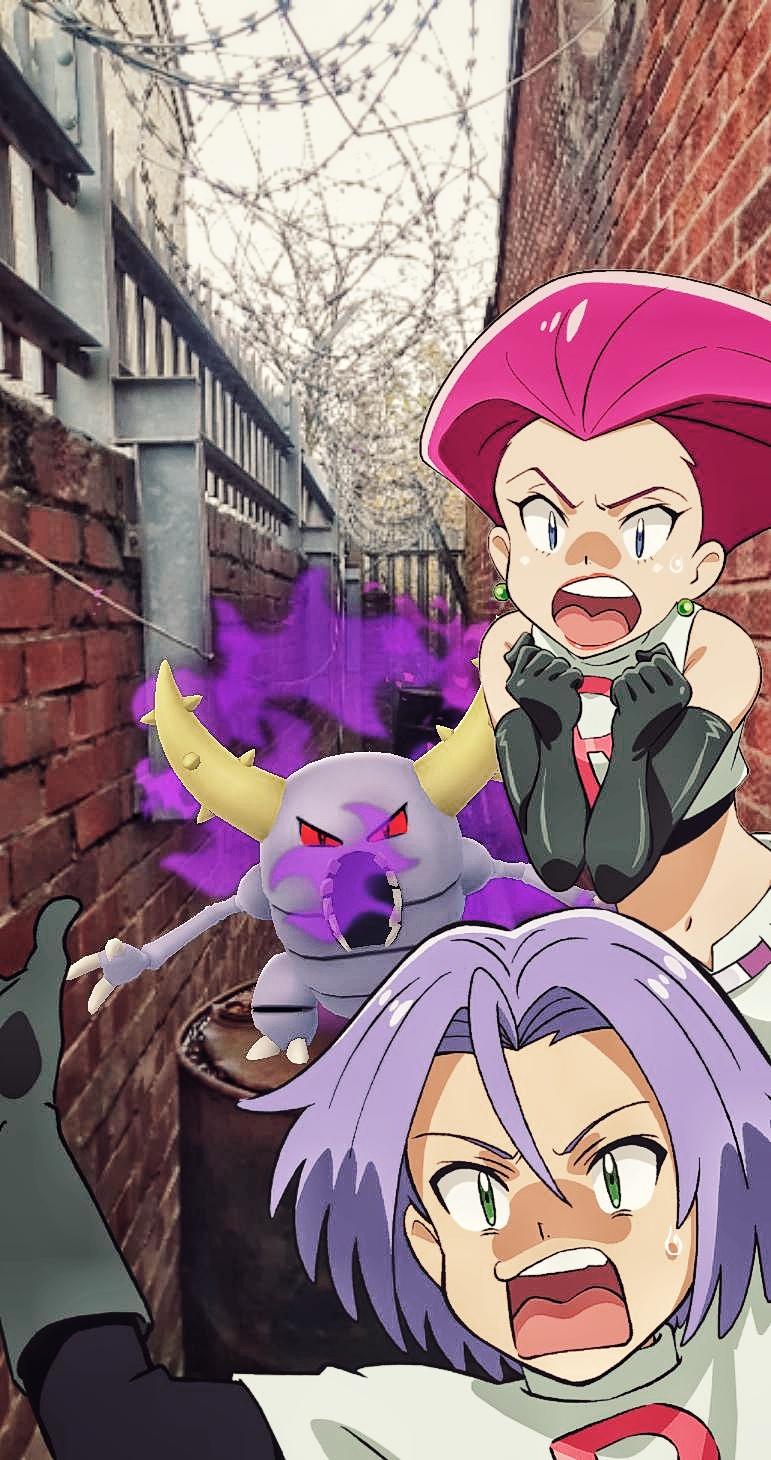 Where else would Jessie and James hang out, but in a weird dodgy alleyway to concoct their schemes? I teamed them up with a shiny shadow Pinsir, a Pokemon that I had been rewarded with after a battle with Jessie and James themselves. 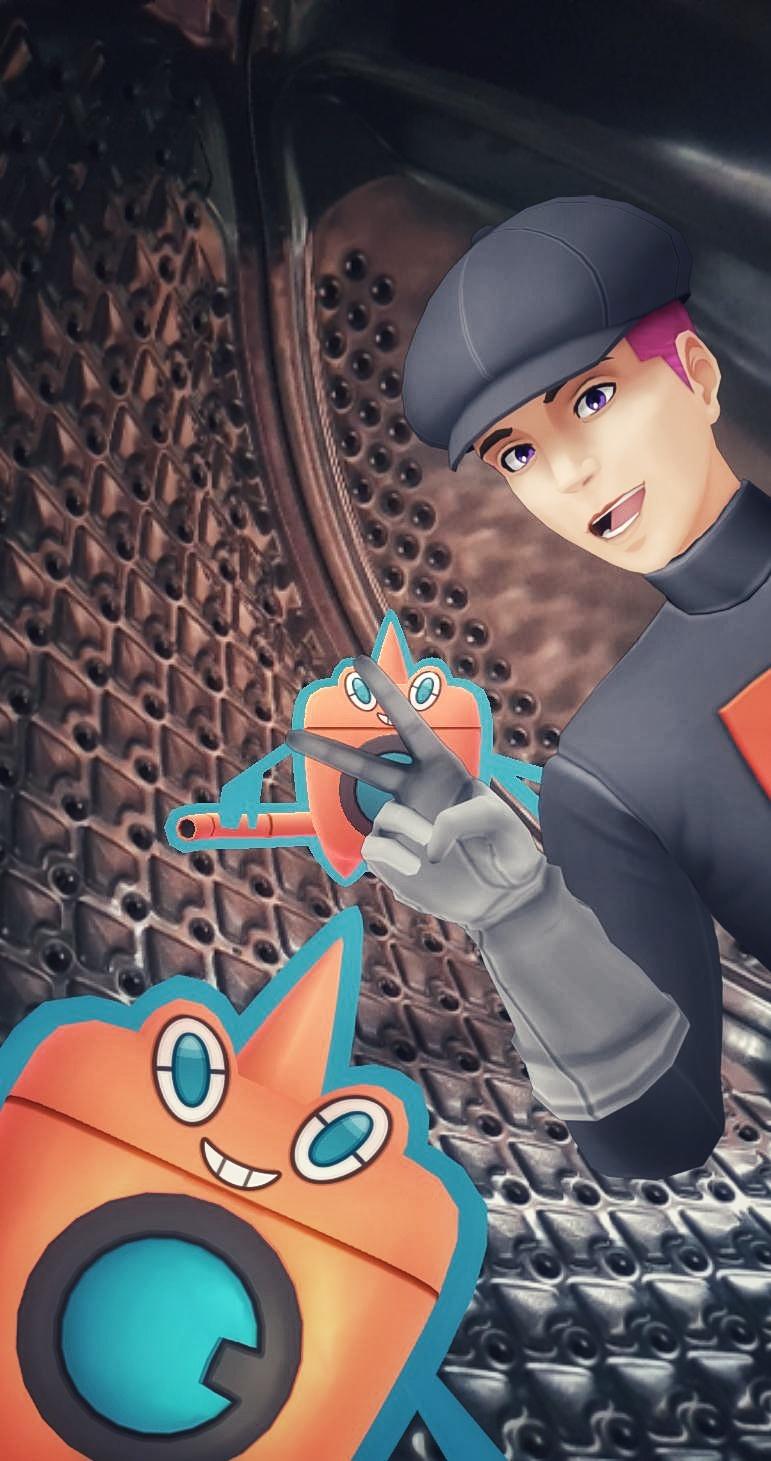 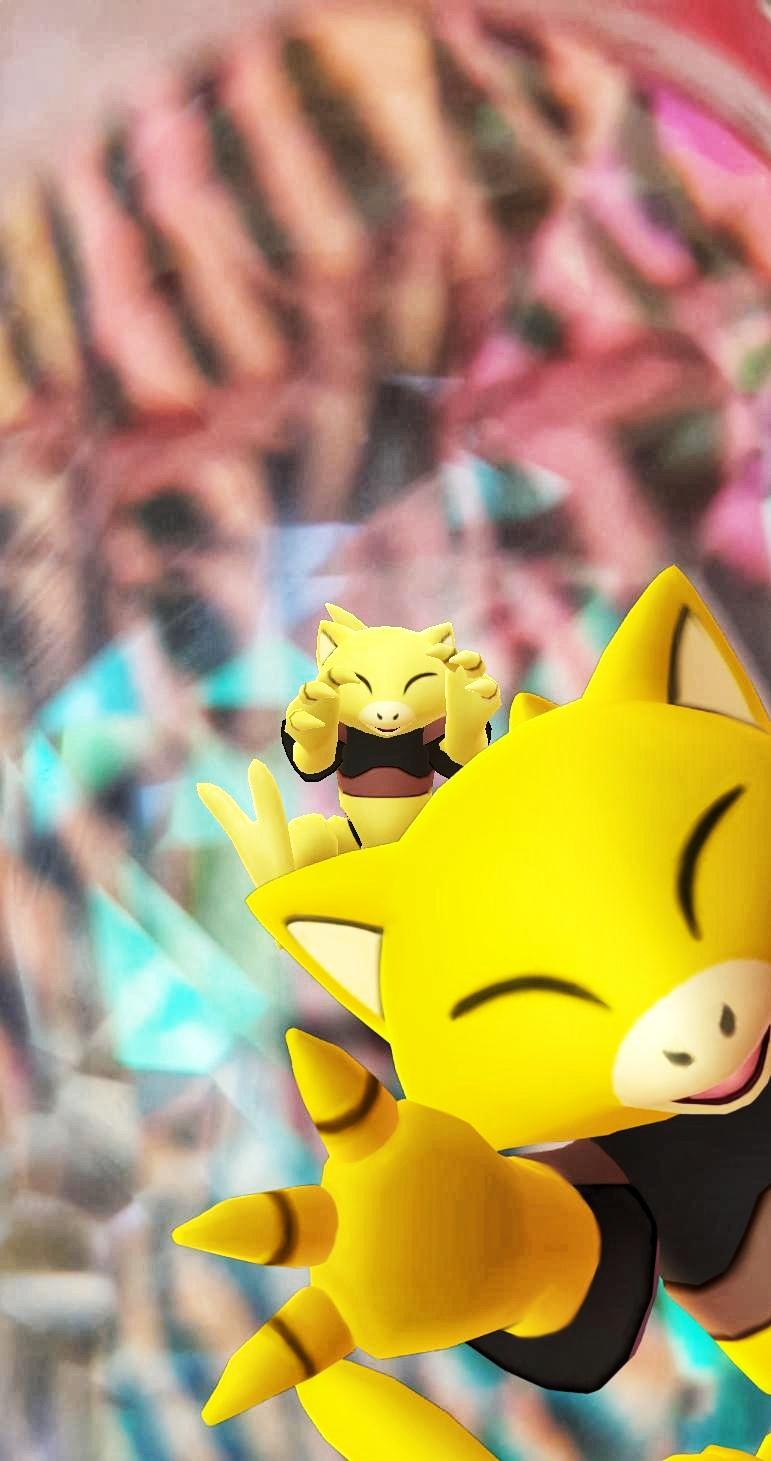 On Abra Community Day I used a prism and my fantastic zebra print wallpaper to give a sort of psychedelic feel to the photo, fitting for a Psychic type Pokémon. 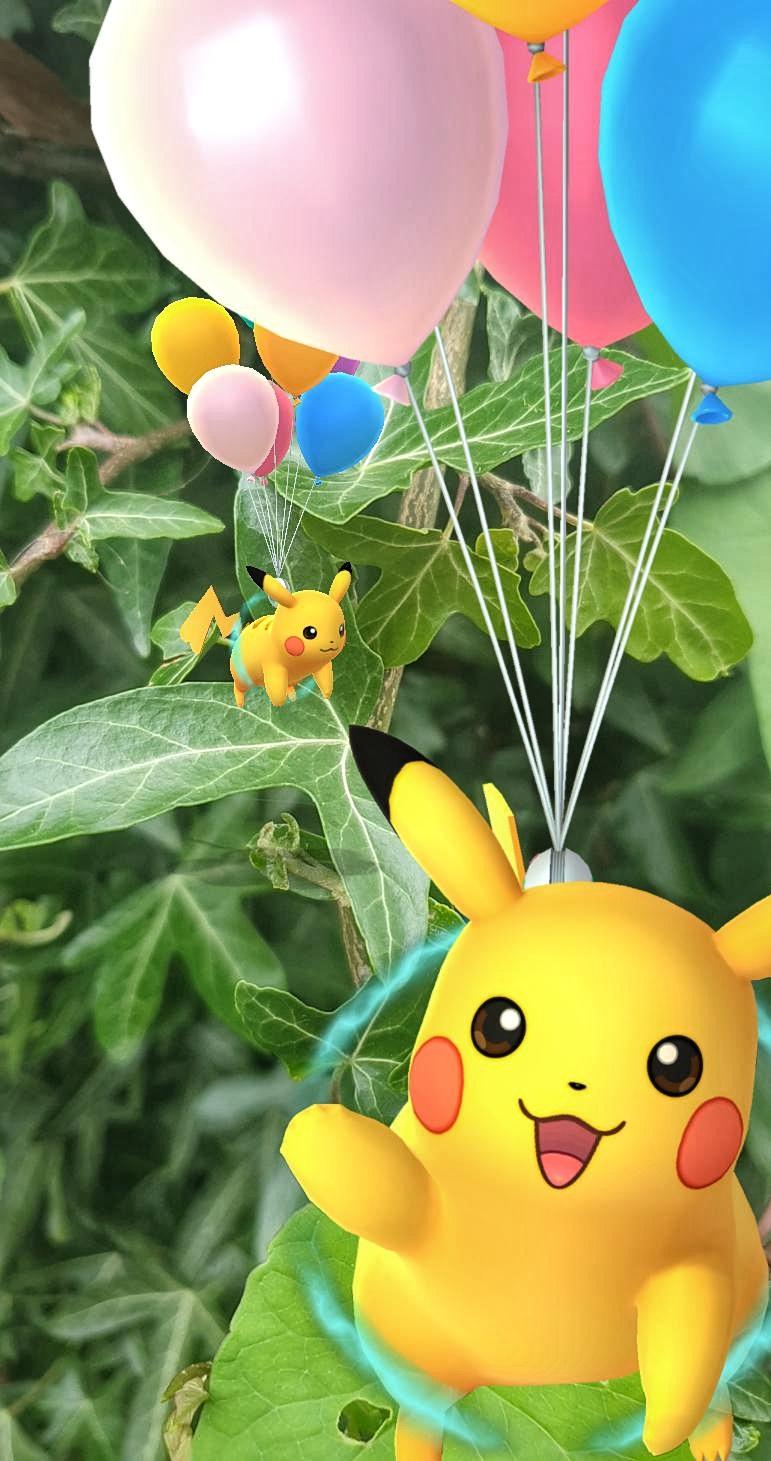 With Balloon-Chu I wanted a brightly coloured area, so found a spot covered in ivy to utilise the tiny Pokémon technique. Not necessarily the most obvious area to use, but I think all the green works.

With usually a maximum of 5 photobombs, and sometimes even less, you need to plan out your photo to some extent to get what you want.

A peek at AR photographers on social media can help you find out what the photobomb looks like, or even searching on twitter to see if anyone has posted one. If not, I’d recommend getting a photo that is something like what you want to take ready, and using a photobomb yourself so you can plan the others. Once you know the format of the photobomb, you can get to planning. 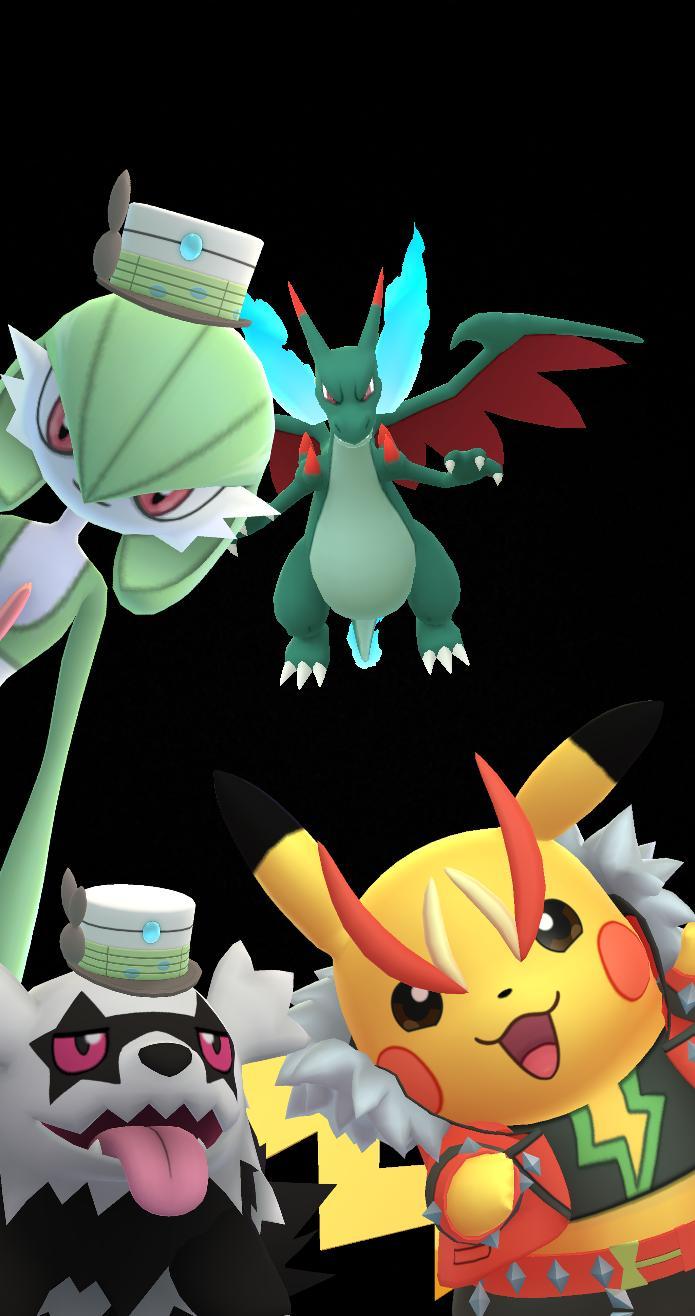 I used my Buddy Pokémon to test out the band photobomb at Pokémon GO Fest 2021, it proved to be quite large, with a lot of room taken up on the left side of the screen, so I then knew I had to make sure my Pokémon was positioned fairly high up in the frame, and maybe slightly to the right, so they would be properly visible, if I wanted their entire body to be shown.

Ideally I would have used one of the costume Pokémon and had them appear to be really large in the photo, so they were peeking over the top of Pikachu, like they were photobombing too, but with only 2 photobombs, options were limited!

Which AR mode are you going to use?

I’ve used a mixture of Niantic AR (formerly AR plus), and the basic AR mode for these photos, and often opt for basic AR mode specifically for photobombs. With basic AR mode most Pokémon sit somewhere towards the middle of the photo, but for some reason some sit reeeeeally low, and can be hidden by the photobombs, like Durant for example.

With anywhere between 2 and 5 photobombs as standard for event photobombs, you don’t get many chances to nail it, so give it a think! 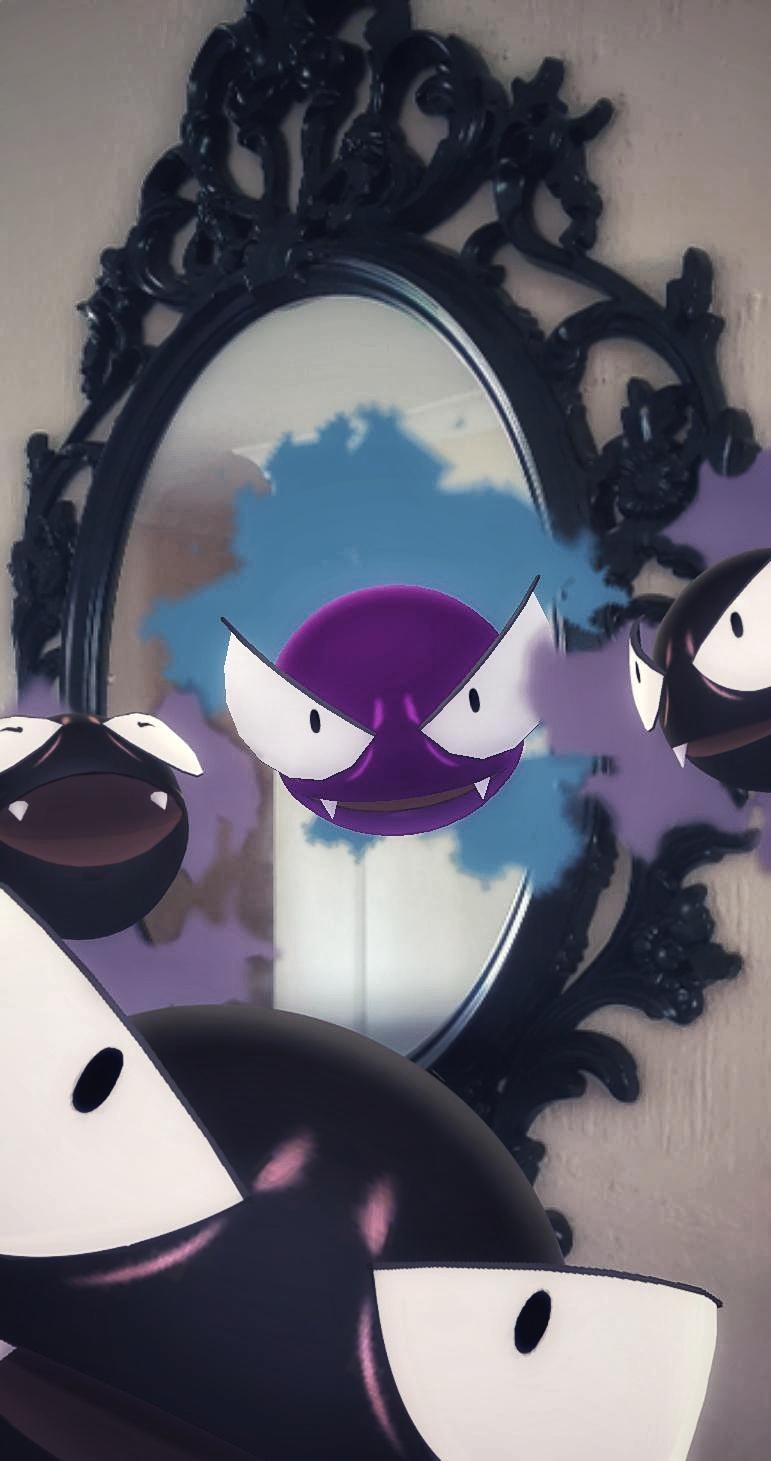 On Gastly Community Day once I had seen the photobomb involved several Gastly appearing, (such a fun design!), I had an idea to have one looming out of a gothic mirror I have, with the others startling the person looking in the mirror. I knew I had to use the basic AR mode to get this shot, because there was no way I was going to be able to position Gastly in a suitable spot, at the right size. With hindsight I’d probably do this slightly differently, but I think it works for a horror movie-esque photo!

I couldn’t resist asking our amazing AR Community for some of their own work with photobombs to share with you, and mega babe Mythical Lae Snaps was happy to oblige. Check out our interview with her here! She even found ways to utilise those trickier landscape orientations to produce some truly beautiful work.