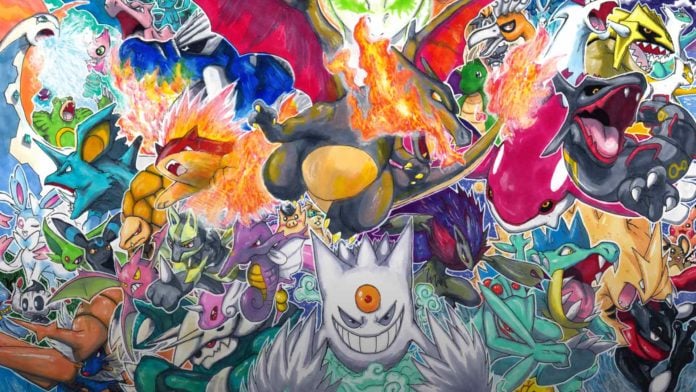 The first shiny Pokémon released in Pokémon GO was Magikarp, during the Water Festival event back in March 2017. Two years later, there are plenty of shiny Pokémon available, and shiny hunting has arguably become a “core mechanic” in Pokémon GO.

Let’s be honest; we all like shiny Pokémon. Well, at least most of the player base. But why do we love them so much? Is it because they look better than their non-shiny variants? Is it because they are rare? Or perhaps because we want to brag about catching them? Let’s see what’s the current state of shiny hunting in the game. This article will be a little bit different if compared to my previous ones (most of them are meta-analyses).

Shiny Pokémon were introduced in Generation II. Well, to be precise, they have always existed. In Generation I, you could catch a “shiny” Pokémon without even noticing, because there were no shiny sprites back then. Shininess was determined based on the IVs of the Pokémon you just caught, and the only way of checking if that Pokémon was shiny or not was to transfer it to a Gen II game or calculate it yourself.

Shiny Pokémon had a base rate of 1 in 8192 from Gen II games to the Gen V ones. Exact criteria & calculation changed between games, though. In Gen VI and VII games, the shiny base rate was twice as high, 1 in 4096. There are other ways to increase these base odds of catching a shiny Pokémon, especially in newer games. You could increase your chances by breeding with the Masuda method, by using the shiny charm, in the Friend Safari, chaining, and plenty of other interesting ways.

So as you can see, catching a shiny Pokémon was something to be proud of because of the amount of work needed. Have you ever seen someone soft-resetting (turning on and off someone’s console until the shiny appears) to catch a shiny legendary Pokémon? Some trainers even needed to do that more than 10000 times! That’s determination!

Shiny Pokémon in Pokémon GO have different rates. Although exact rates are still unknown since conducting an experiment with such low odds can be quite tricky because of the number of data points needed to provide a final number, TheSilphRoad´s research group has done a fantastic job, and their findings can be found here and here.

According to the study, shiny rates vary between 1 in 450 (wild, full-odds regular shiny) and 1 in 19 (legendary Pokémon caught through raids or research). To check the full list of shiny rates, you can click on the links above and check TSR Research Group’s findings yourself.

Therefore, as you can see by comparing the shiny rates, it’s significantly easier to catch shiny Pokémon in Pokémon GO than in the main series games. However, you still hear trainers complaining in Community Days because they could catch five shiny Bagon, whereas their friends caught more than 10. Crazy, huh? This leads to a different question: Why do some trainers think that they are entitled to catch every single shiny Pokémon?

According to most of the player base, some Pokémon GO events such as the Bug Out! Event or the Equinox Event were terrible, but why? Was it because the event bonuses were not appealing? Was it because the boosted spawns were not meta relevant? Well, the most common answer you will see if you ask unhappy trainers is “because I didn’t get the shiny”.

Let’s analyze the in-game bonuses of both events. The Equinox Event had no relevant bonuses, to be honest. No double dust, no double candy, no double EXP, no meta-relevant research rewards and no special research. The Bug Out! Event was no different, but at least the incense lasted twice as long, there were more incense spawns, and the research quests were better.

In my opinion, and I know some trainers will think differently, a good Pokémon GO event would be an event with relevant in-game bonuses such as double stardust (the most valuable currency in the game as of now). An event with relevant Pokémon in quests (example: Machoke/Combusken quests in the Battle Showdown event), an event with exciting spawns or an event with special research (even if the final reward is not that special, like Spiritomb in the Halloween event!). Trainers love special research, and sadly we haven’t had special research tasks in a while, but that will probably be discussed in a different article. A new shiny is always a nice incentive to go out and hunt it, but not the driving force that would make me want to play a specific event. What about you? What do you think that makes a Pokémon GO event successful?

The last Eggstravaganza event was an improvement, at least. Decent in-game bonuses such as half hatching distance, lucky eggs lasting twice as long, a higher chance of hatching Pokémon such as Riolu or the rare Gen IV babies, etc. and no event decay (event spawns weren’t nerfed during the event)!

I enjoyed the Battle Showdown event. Double stardust, double Gym XP, great quests and two new shinies! I played a lot during that event to collect as much stardust as possible, get a high-IV Machop/Machoke/Combusken and to try to catch a shiny Machop. In the end, I caught plenty of Machop and none were shiny. However, I still managed to get high IV ones and collected plenty of stardust to power up my Pokémon and teach them new charge moves. But would my opinion of this particular event change if I didn’t get high IV Machop? The answer is no.

As a meta enthusiast, I would always choose a high IV Pokémon over a shiny, bad IV one that I will never power up. But I understand that trainers have different playstyles and objectives in this game.

There was a post on Reddit where the author was complaining about not catching a shiny Scyther after 30 tries. Well, if that person knew how RNG and probability work, he/she wouldn’t have posted that. I did a small calculation assuming the 1 in 450 chance to get the probability of catching at least one shiny Scyther in 30 encounters. You can judge the results by yourself…

According to the responses analyzed by Qoncept in his latest article, shiny hunting is one of the main reasons why people play this game. And that probably explains why trainers are usually bothered when an event finishes and they haven’t caught a shiny.

But are shiny Pokémon new content? In my opinion, shiny Pokémon are a nice bonus to an event. The icing on the cake. But by no means should they be considered as new content or a significant feature. Significant features and updates should still be a priority; otherwise, event burnout and lack of new content will eventually hurt the player base and players will end up quitting the game. We want to know your opinion too, trainers! Do you consider new shinies as new content? Are you feeling event burnout? Is an event successful only if you catch the shiny? Feel free to use the comments section down below to let us know!