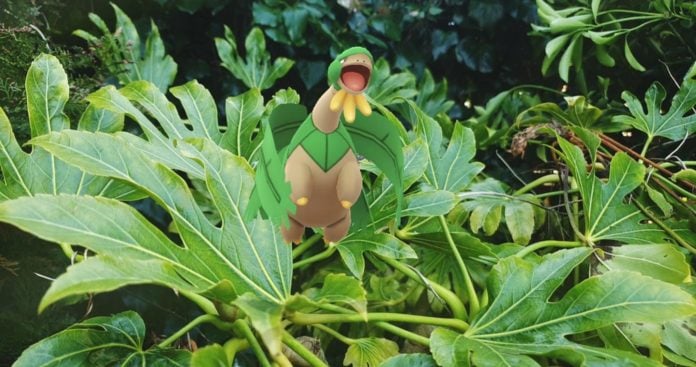 In early September I took a look back at the missing Johto shiny Pokémon, so today I’m back to see what is missing from the Hoenn region, Generation III. Let us know which shiny Hoenn Pokémon you are most looking forward to!

Shiny Surskit is a fairly subtle shiny, just a little deeper blue, but shiny Masquerain is a really bright beautiful green! As a Water and Bug type there are a few classic Pokémon GO events that shiny Surskit could fit into, and as a somewhat rarer spawn it could be fun to see it featured.

Shiny Shroomish and Breloom take on oranges and yellow tones, so would be great in some sort of Autumn themed event! They could also fit in with a Fighting type event, and we’ve had a few of those.

Shiny Shedinja is a pretty lacklustre shiny, sadly just a little brighter gold. Shiny Nincada and Ninjask have already been released, but Shedinja remains somewhat forgotten. It would have made sense to release when its counterparts were first introduced, but no such luck yet.

Now Gulpin and Swalot are truly incredible shinies! Bright blue and totally different from their original colours, which is always fun. Both are pure Poison types, which is a typing that has never had its own specific event, but poison type Pokémon are often associated with Team Rocket, so maybe a Team GO Rocket event?

With Camerupt having a Mega form, it is a fairly safe guess that shiny Numel will be released before, or when we see Camerupt in Mega Raids. Numel is a fairly muted shiny, but Camerupt is a great deep blue grey colour. Mega Camerupt switches out the two mountains on their back for an active volcano, and is a fun looking Mega I can’t wait to see in game.

A regional is always a trickier shiny release! Torkoal is a particularly beautiful golden shiny, and Tropius has some similar yellow golden tones too, whereas Relicanth is a totally different teal shade! All of them are beautiful shinies that will be a popular addition to any Pokémon collection. GO Fest often brings with it shiny regionals in eggs or raids, as it did Heracross this year, so maybe Torkoal, Tropius and Relicanth will come in 2022? (Please not through raids though thanks.)

Now these spooky folks would be brilliant for a Halloween event! Cacturne looks like a terrifying scarecrow, bound to haunt your dreams. Spooky season is coming, so we can but hope!

These Water types would be ideal for the annual Water Festival event. Personally I prefer the slightly pinker Corphish to the more muted Crawdaunt, but a new shiny is always a good thing.

Poor Kecleon isn’t in Pokémon GO still, so speculating on a potential shiny release seems rather fruitless! It isn’t the most striking of shiny Pokémon, but their belly stripe does become blue. At this point, forget the shiny, we just want to see Kecleon acknowledged!

Now these are some incredible shinies! Those gorgeous purple colours are so striking, and Walrein is so funny looking. A sort of wig wearing, tusk Pennywise the Clown walrus. With two evolutions, the Spheal family could be a great winter themed Community Day. Come on November 2021?

The release of shiny Jirachi will likely follow the pattern of Mew and Celebi, with a special research quest line dedicated to getting a guaranteed shiny. Whilst not a hugely different shiny, the red ribbons are a lovely addition, and it will be a much hyped adventure to gain the shiny.