As reported on Upvoted, the official reddit blog, /r/pokemongo is the biggest and most visited subreddit in the world. In a surprising twist of events, /r/pokemongo is bigger, more visited and more active than /r/all.

Here are the official visitor stats for the first week after Pokemon GO launched:

The amount of activity and visitors on /r/pokemongo is staggering and it’s not surprising that this community is shaping the worldwide opinion on the game. Community actions like “Show them we miss the tracker by rating the app 1 star” changed the world’s perception on Pokemon GO. The force and power this community holds is truly tremendous. 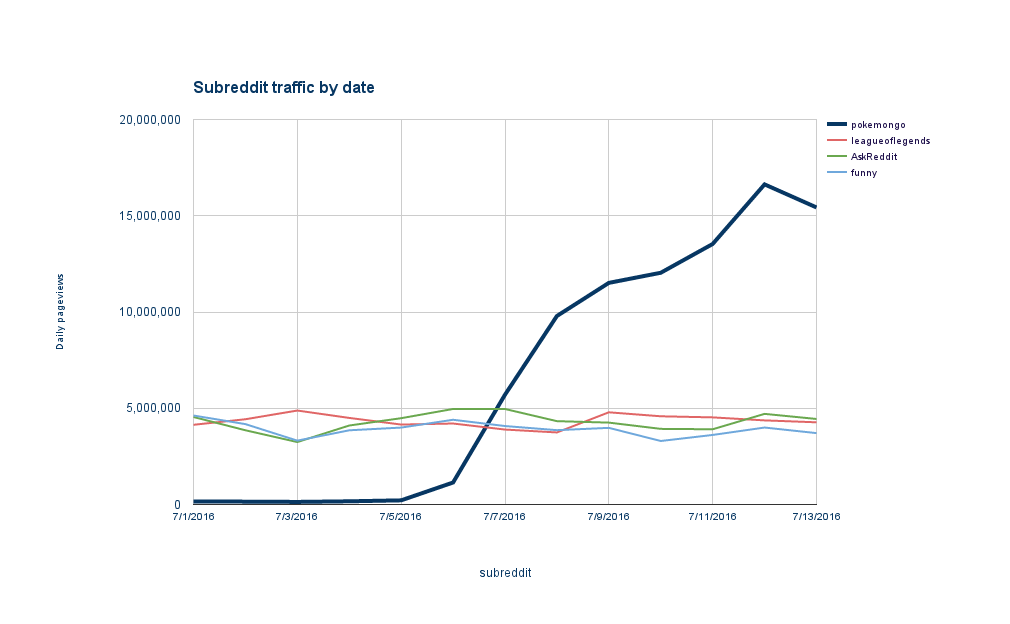 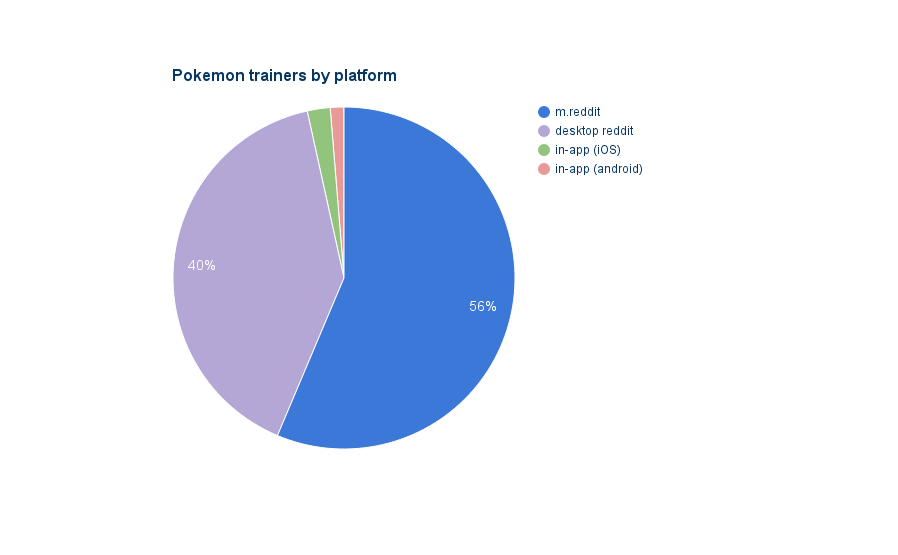 Not surprising, as Pokemon GO is a mobile game. What is surprising is the fact that more than half of the users on /r/pokemongo are new reddit users. Imagine that! /r/pokemongo gave birth to more than 4 million new redditors! Congratulations!

If you are interested in getting the exact numbers and statistics behind this, make sure to visit the reddit’s public-data-sets repository on GitHub.