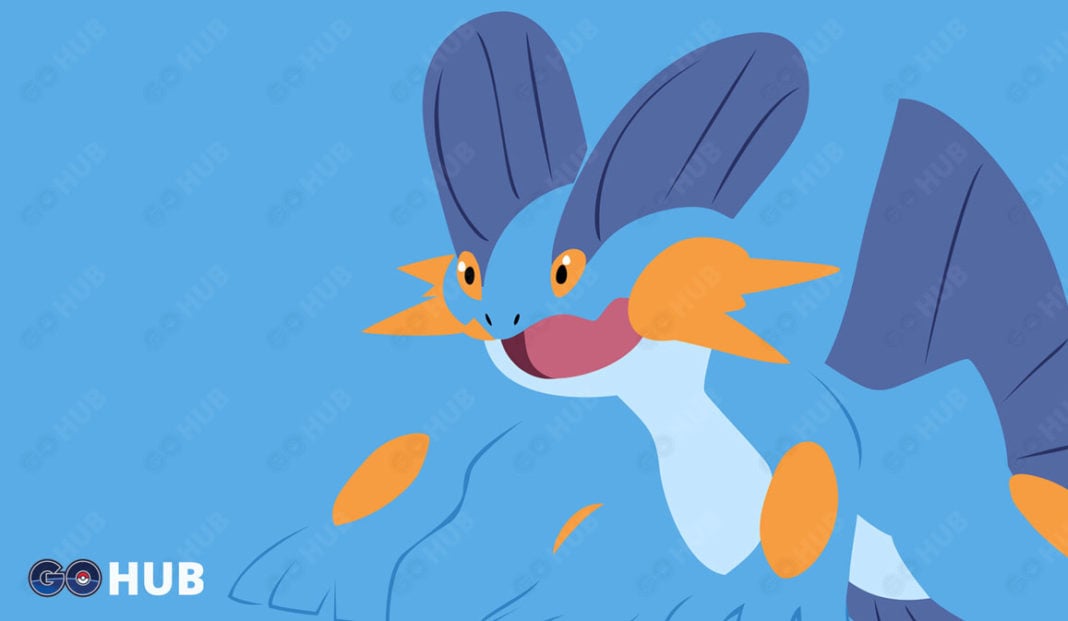 Pokémon GO Swampert is the a water starter that finally tops its predecessors in both Max CP (2815) and ATK (208). Swampert also tramples other water starters with hefty STA (200) and overall better typing. Hide your Blastoise, Swampert is here!

Swampert’s Pokémon GO typing is dual: ground and water. Considering it’s stats and typing, Swampert is lining up to be a higher ranking attacker and a mid rank defender.

Swampert in the meta game

Swampert is an interesting addition to Pokemon GO, especially given the rest of Hoenn region starters. Swampert is a hybrid attacker, featuring multiple viable ground and water typed movesets. Swampert is slightly outclassed by existing Water Pokemon (Vaporeon, Gyarados), but performs wonderfully as a mixed attacker.

Swampert can be built into two, potentially, three separate builds in respect to its moves:

All of these builds have viable match ups, but they are outclassed by existing specialists, namely Vaporeon and Gyarados. We strongly suggest avoiding Sludge Wave in any moveset. It’s too weak, deals less less damage than Earthquake and doesn’t benefit from STAB.

Swampert can obtain the following moves in Pokemon GO: