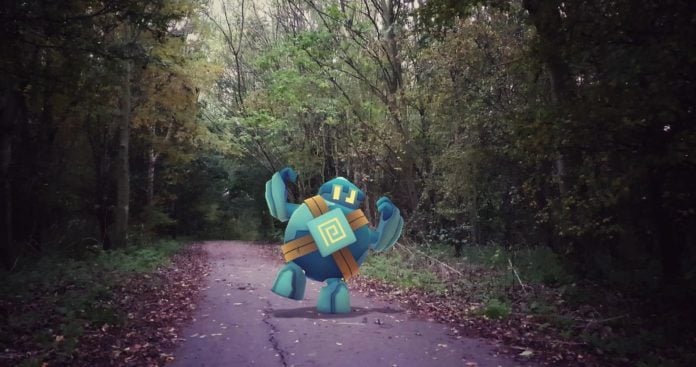 Golett will be a Ground and Ghost type T1 raid boss during the Dragonspiral Descent event.

Golett is a T1 raid boss, so it’s not terribly difficult. Most trainers will beat it alone no issue.

It’s Ground and Ghost type, so it’s weak to Water, Dark, Grass, Ghost and Ice. It’s resistant to Bug and Rock, and very resistant to Normal, Fighting, Electric and Poison.

Shadows and Megas won’t be listed, since they’re all overkill for T1 bosses. If you have any of the listed Pokemon as shadows without Frustration, you should use them.

Golett is boosted by Sunny and Fog weather.

Mud Slap can hurt a little, but Golett overall is not a big deal. Their moves are spammy, but have very little strength behind them.

Golett can evolve into Golurk, which is a pretty fun if spicy PvP pick, with a unique set of coverage that lets it excel in type limited cups. It’s rare, so raiding Golett’s not an awful idea.

The Hero of Many Battles Zamazenta is a Tier...