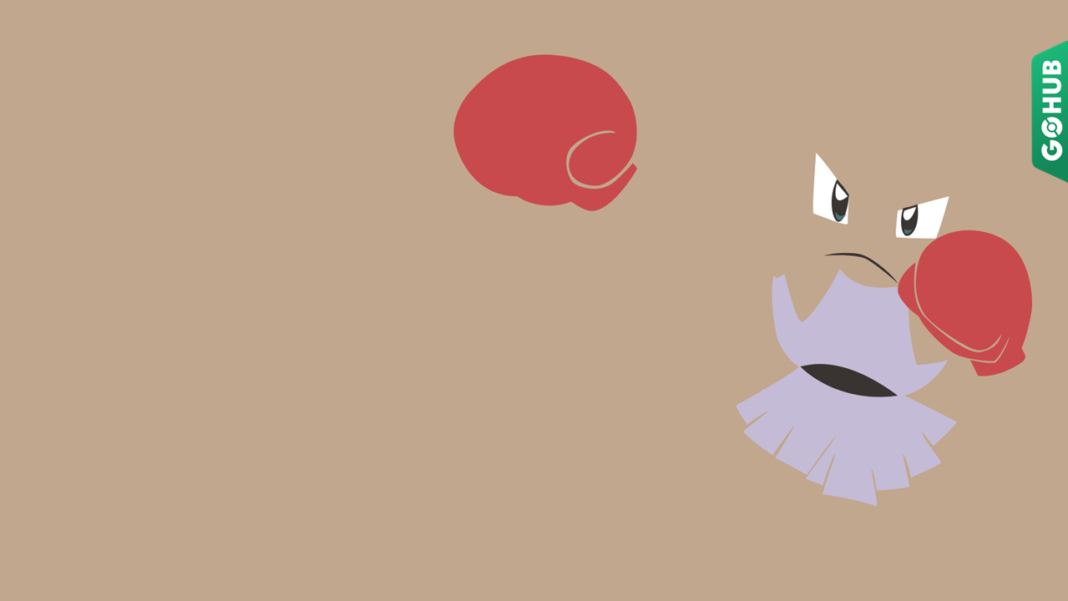 Hitmonchan is a Tier 3 Raid Boss, holding a Raid Boss CP of 18171 and a pure Fighting typing. If you want a chance at taking down a Hitmonchan solo style, then it is recommended to wait until being at least level 30. Hitmonchan perfect raid catch CPs are:

Hitmonchan should be one of the somewhat difficult to solo raid bosses. There are few factors that can truly influence the fight, from picking the right counters, to waiting for the correct weather, to anticipating its strongest moves. Hitmonchan can be difficult, but when compared to its evolutionary brother Hitmonlee, it shouldn’t be a challenge.

Hitmonchan, being a pure Fighting type Pokémon, has a weakness to Fairy, Flying, and Psychic type moves, which is good for those who have been able to grind in multiple Mewtwo. However, if you didn’t, the DPS (Damage per second) difference between these counters is not that big, so as long as you have a reasonable CP team composed of any of the Pokémon you see here, you should be ready to solo Hitmonchan.

Mewtwo is a pure Psychic type Legendary Pokémon known for being an absolute side-sweeper when it comes to almost any kind of raid, especially because of its super effective typing! cause super-effective damage, either way, we can recommend Mewtwo for its base power and high CP value alone.

Espeon is a pure Psychic type Pokémon not commonly used in the meta. However, because of its typing and movesets, it is impossible to not recommend using at least one in union or substitution of Alakazam.

Dragonite is a Dragon / Flying type Pokémon used heavily in the meta game and in terms of a Hitmonchan Raid Boss, it is still a tank as well. Dragonite takes full force against Hitmonchan’s weaknesses and its high stats make it a strong counter nonetheless. We recommend using Dragonite as a substitute for Rayquaza, if unavailable.

Alakazam is a pure Psychic type Pokémon known for being used as a second option to Mewtwo, sharing similar effective psychic type movesets, and being used in the same areas of battle. Because of this, we recommend you take your Alakazam to truly be a smaller Mewtwo, take advantage of that power.

Lugia is Psychic / Flying type Legendary Pokémon widely desired by Trainers for its shiny availability, and now, for its use in Hitmonchan raids, Lugia has access to a super-effective moveset so you can really get all of the right hits on Hitmonchan without having to worry about how much damage it will take in return.

Wigglytuff is a Normal / Fairy type Pokémon not often used in the meta, however in the rare cases where it does work, it can be the hard-hitting cousin to Blissey, so don’t take Wigglytuff as weak just because of that killer-smile. Due to its low DPS, though, make sure to only use it if Dazzling Gleam is boosted by Cloudy weather.

Ho-Oh is a Fire / Flying type Legendary Pokémon often set on the backburner because of its moves, however just like Wigglytuff, in the scenarios where it can be used, it is an out-right god of the meta.

Metagross is a Psychic / Steel type Pokémon that is gaining more traction as more Trainers are finally being able to evolve one, it is not only a extremely meta-heavy Pokemon, but it can do the job of both a defender or an attacker because of its available movesets, and in this case, it is no exception.

Gardevoir is a Psychic / Fairy type Pokémon often sought out for the wrong reasons, but here? It’s for all the right ones, it is one of the few Pokémon that takes advantage of Hitmonchan’s weakness to Fairy types and being known for quad-resisting Fighting type moves, any Trainer who manages to get their hands on a Gardevoir should have it on their team.

Hitmonchan has access to all of the following movesets:

When comparing all of Hitmonchan’s possible movesets, it becomes more than apparent that there is a large variety  of different ways it is to take one down.

Even though the ranking below goes from Easy to Hard, please note that this is by the own Pokémon’s standards, so be cautios as to its variation in movesets.

Below is a moveset table that shows off Hitmonchan’s movesets ranked by difficulty, the ranking was determined by the TDMG (Total Damage) caused by a single energy cycle.

Right off the bat, you should always avoid attempting to solo raid Hitmonchan in Cloudy weather, because of its Fighting typing, it will be an even bigger challenge to take down. Because of Hitmonchan’s heavy weakness to both Psychic and Flying types, you should really look at waiting until Windy weather appears.

Below is a table that shows off the weather advantages and disadvantages in relation to Hitmonchan and the counters in question.

Hitmonchan is quite difficult to solo, due to its well rounded Attack and Defense stats and wide assortment of Punches he can throw your way, especially in combination with Counter, a strong Fighting fast move. Given that Machamp is a much better option for solo raiders, we're giving Hitmonchan a 3/10 usefulness rating. You should probably avoid spending passes on Hitmonchan.Hitmonchan Solo Raid Guide