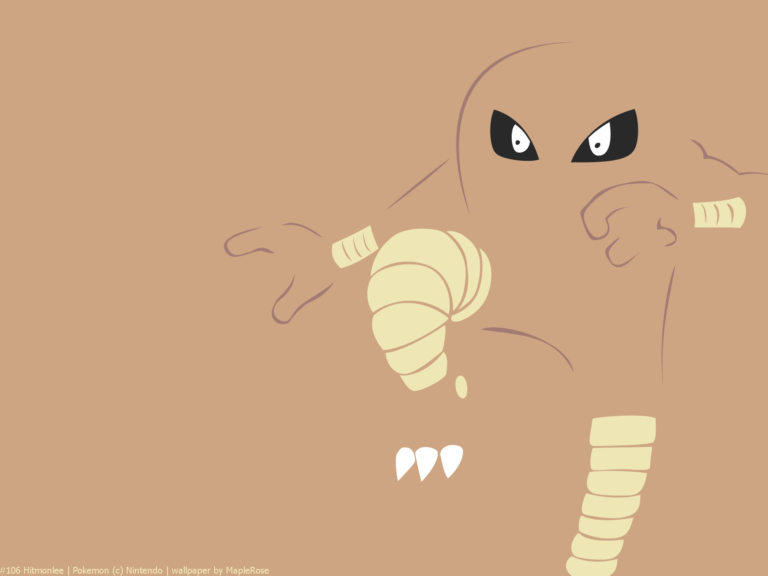 Hitmonlee is a Tier 3 (level 3) Fighting type raid boss introduced in the Pokémon Battle Showdown event, featuring Fighting types. Hitmonlee has a raid boss CP of 20076, making it a pretty hefty foe for a T3 raid boss. As a pure Fighting type, it is boosted by Cloudy weather only. Below are the 100% IV catch CPs of boosted and non-boosted Hitmonlee:

Quick Facts at a Glance

With Machamp being a popular raid boss already, also sporting that pure Fighting typing, many players who are already familiar with the soloing scene may have these Pokémon up to par and on hand. We will go over some of the best of the best counters for Hitmonlee in the table below!

Basically, you want strong Psychic, Flying, and Fairy type Pokémon, and absolute monsters like Rayquaza and Mewtwo fit that bill perfectly. Lugia is more of a tank than a great attacker but could bring up the rear of any strong team. Gardevoir benefits from a double resistance to any Fighting moves while dishing out some damage, so it is also a really good choice for your team building. Espeon, Latios and Alakazam are also solid options, with good damage output.

Hitmonlee does not have a variety of moves to cover all of its weak points, so your Psychic and Fairy types should be safe (can’t say the same about your fliers though).

The easiest move set to go up against would be Low Kick and Close Combat. With Low Kick being the worst of the two fast moves that is no question, but Stone Edge does not benefit from any kind of STAB damage but is not resisted by your Psychic or Fairy types. Rock also completely destroys Flying types. Close Combat would be the best move to take your counters in against, as they will likely live these hits better. The most difficult move set, you can guess, is Rock Smash and Low Sweep. Low Sweep would hit very quickly, being a 3-bar move, and Rock Smash is the better of the two fast moves.

As mentioned, Hitmonlee is boosted in Cloudy weather. To see what exactly is going on with your weather, take a look at this table below:

Windy would be your best weather to solo in, as your Psychic and Flying types will be boosted, and there are really no downsides. Cloudy weather should not be too daunting either if you are using Gardevoir, as it will double resist the boosted Fighting moves. Just do not take Ho-Oh and Dragonite into a Partly Cloudy battle with Stone Edge and you should also be good (don’t take them into a non-boosted Stone Edge either actually, that’s probably not a good idea).

Now that you’ve gotten a good read or skim on how to take down a Hitmonlee let’s go over a few of the key points again. Make sure your Pokémon are about level 30 or higher to take on this boss, as it seems to be a little harder than your average Machamp raid. Psychic, Fairy and Flying types are key!!

Keep an eye on the weather and make changes to your team according to it, and also according to the moves the Hitmonlee has, though you cannot tell what moves it has until you use your raid pass and see what the AI gives you as a recommended team.

Other than that, this should be a fun, new raid for any of you solo elitists! Good luck and have fun trainers!