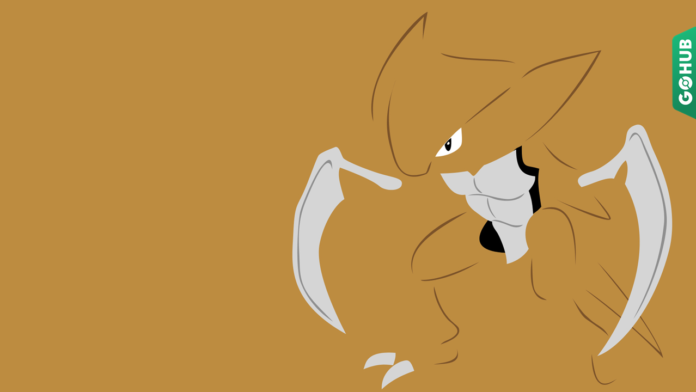 Kabutops is a Tier 3 Raid Boss, holding a Raid Boss CP of 19990 and a dual Rock/Water typing. If you want a chance at taking down a Kabutops solo style, then it is recommended to wait until being at least level 30.

There are few factors that can truly influence the fight, from picking the right counters, to waiting for the correct weather, to anticipating its strongest moves. Kabutops can be difficult, but not impossible for the dedicated Trainer.

Kabutops can be captured from raids with the following CP values:

Kabutops, being a dual Rock/Water type Pokémon, has a weakness to Grass, Ground, Fighting, and Electric type moves, which is good for those who were able to get some Frenzy Plant Grass Venusaurs on Community Day. However, if you didn’t, the DPS (Damage per second) difference between these counters is not that big, so as long as you have a reasonable CP team composed of any of the Pokémon you see here, you should be ready to solo Kabutops.

Kabutops has access to all of the following movesets:

When comparing all of Kabutops’s possible movesets, it becomes clear that there really isn’t an easy pick for counters against movesets because there is such a large variation in its moves’ typings.

Do not be discouraged if you encounter a Kabutops with a stronger moveset, just be prepared to make more than one attempt when battling.

Below is a moveset table that shows off Kabutops’s movesets ranked by difficulty, the ranking was determined by the TDMG (Total Damage) caused by a single energy cycle.

Right off the bat, you should always avoid attempting to solo raid Kabutops in Rainy or Partly Cloudy weather because of its typing, as it will be an even bigger challenge to take down. Because of Kabutop’s heavy weakness to Grass types, you should really look at waiting until Sunny weather appears and using your best Grass attack counters.

Below is a table that shows off the weather advantages and disadvantages in relation to Kabutops and the counters in question.