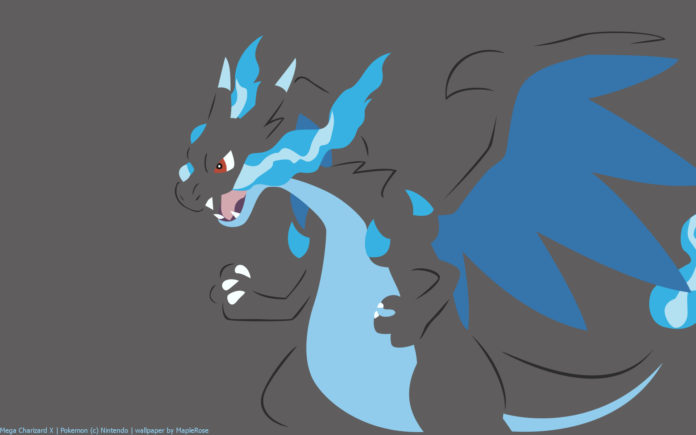 Mega Charizard X was one of the first Mega Pokémon to be introduced into Pokémon Go and is one of two forms. Charizard is one of two Pokémon to have two different mega forms, Mewtwo being the other (not yet released). Charizard’s mega X form is like a budget Reshiram with a vastly different moveset . Mega Charizard X will finally be able to get STAB bonus from Dragon Claw and almost completely change its vulnerabilities. While, it still gains a considerable boost, Mega Charizard Y is the more powerful mega form in terms of sheer power. What makes Charizard’s mega X form so interesting is the change in secondary typing, from Flying to Dragon. Charizard is finally a dragon type!

Now that it is no longer Fire/Flying, it is no longer has a double weakness and is considerably more difficult to take down. This mega raid boss will require at least 3 trainers with max counters. Use 5-7 trainers if not using max counters or as many as you can to take it down faster, as speed is rewarded with extra mega energy.

Mega Charizard X is a Mega Tier Raid Boss, with a Raid Boss CP of 53260 and a dual Fire / Dragon typing. Charizard´s max capture CP is as follows:

In this guide, you will learn how to handle Mega Charizard X and how to build the best raiding team given your current Pokémon.

Disclaimer: Since Shadow Pokémon are extremely expensive to power up and require specific events to remove Frustration with a Charge TM, they will NOT be listed as raid counters in this article. That being said, if you have the shadow form of a listed raid counter Pokémon powered up and TMed, use it.

When in doubt, use your best Dragon type Pokemon. If you are short on dragon types, then move on to your best Ground and Rock types. Mega Latias and Mega Latios are also top tier counters. I did not include them because they have just been released and you may not have one just yet. If you have one, bring it!

Weather plays a bigger role than it does with Mega Charizard Y because it lacks the double weakness to Rock. That being said, it is safe to go in with all dragons and know that you are going to do great damage.

Sunny weather will make Mega Charizard X’s fire moves super powerful, and boost the effectiveness of Ground type attacks. Along with your dragon types, you will want to bring Rhyperior (ground moveset), Groudon, and Garchomp with earth power.

In Partly Cloudy weather, you will want to bring your core dragon team and also Rhyperier (with its rock moveset), Terrakion, and Tyranitar. This weather should prove easier as Mega Charizard X’s fire type moves will not be boosted.

Finally, in Windy conditions you will want to bring your best dragons, but also be wary of Mega Charizard X’s Air Slash/Dragon Claw moveset.

How to Get Mega Charizard X

You cannot catch Charizard X in its mega evolved form from the raid. The mega raid boss is always catchable in its base form and as such, the CP ranges are for a regular Charizard.

Charizard can be caught with the following CP values: