Learn how to submit great PokéStop nominations, how S2 cells influence your submissions and how PokéStops are reviewed. 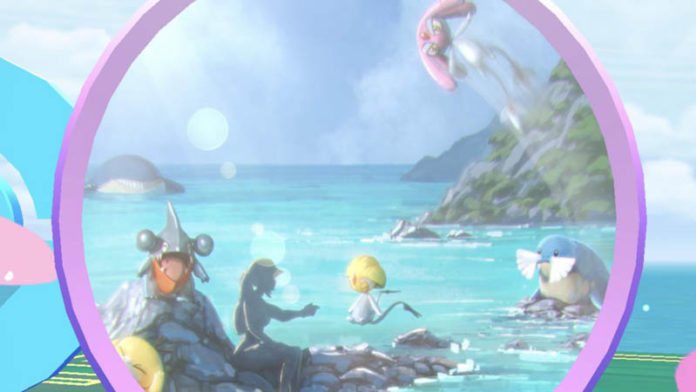 Ever wondered how to request a PokeStop in Pokemon GO? PokeStop nominations are rapidly becoming available for Level 40 players in more and more countries around the globe. With the growing number of players that can submit, and a limited number of reviewers, it is important to submit valid, easy to review and approve PokeStop candidates.

This PokeStop submission guide is written based on our experience submitting Ingress portals, discussing with multiple OPR reviewers and interviewing players in different countries. We think we collected enough information to write a comprehensive guide on how to submit and how to make sure you’re giving your PokeStop submissions the best chance of getting accepted.

What makes a high-quality PokéStop nomination?

PokeStop nominations are reviewed by Ingress players that are part of the Operation Portal Recon (OPR) network. OPR reviewers use various tools to validate your nominations: your photo, location on the map, existing Ingress portals in the area, the description of your nomination, Google Street View photosphere and street view tools, Wikipedia etc.

OPR stands for Operation Portal Recon. OPR is Niantic’s website that allows Ingress agents to review Portal candidates and PokéStop nominations. You MUST be level 12 in order to access OPR and you need to pass a test to get access.

If you fail the test, you need to wait 30 days before re-taking it.

How are PokeStop nominations reviewed?

Each PokeStop nomination has to be reviewed and by dozens of reviewers before it is decided if it’s accepted or declined. Reviews are carried on by OPR reviewers, which are regular Ingress players (Level 12 and above) that passed the OPR exam. OPR reviewers don’t know if you’re submitting from Pokemon GO or Ingress Prime, as both games use the same submission system.

Each PokeStop submission is rated from 1 to 5 stars in the following categories:

Should this be a portal?

The “should this be a portal” rating is the most important rating for every PokeStop (or portal) candidate, and it usually follows Niantic’s Portal candidate criteria recommendations. We’re calling these recommendations and not rules simply because players from different regions always have slightly different understanding of what should and what shouldn’t be a portal.

For example, in some areas reviewers will push graffiti art heavily, while in other areas no graffiti will ever be accepted. Same goes for cool benches, parks without official signs and various other borderline candidates.

Luckily, a Google Sheet document we’ve found online has collected information from various sources and contains a rather handy table of what should be a portal in most cases (numbers inside brackets show a recommended rating for these portals):

Overall, you will need to figure out how do these requirements overlap with your local OPR meta game and understand which portals will be likely to get accepted. There was a time when zero playgrounds were accepted in my local area, despite being on the “accepted” candidate list – now it’s luckily different!

Is the location accurate?

Location accuracy is a key metric for portal approval. The majority of portals that fail this metric never get imported, it’s an elimination metric at its finest. OPR reviewers use a combination of your supporting photo, street view and satellite view to figure out if the location is valid or not. It’s not uncommon for portals to be rejected because they are placed inside school grounds or other areas that are on the “do not submit” list.

How to correctly submit PokeStop location:

Is the title accurate?

Don’t give your PokeStop Candidates misleading, confusing and non-unique names. “Wooden door”, “Stone sculpture”, “Anchor”, “Cool pole” – these are all bad names that often get frowned upon. Try to figure out better names, weave a story that fits well with the actual backstory of your submission.

Is it historically or culturally significant?

This question is rather self explanatory – places with history will always be ranked higher than those which have no history. Same goes for cultural significance.

Is it visually unique?

Don’t submit tens of wooden benches and dozens different versions of the same graffiti motif you saw in your city. For example, in Split (Croatia), the local football club fans painted a metric ton of utility boxes in blue and red (club colors). These boxes were reported so many times, but none were accepted – they’re not significant enough.

Can it be safely accessed?

All PokeStops must be safely accessible on foot. Fountains inside lakes ARE NOT safely accessible, but lighthouses on islands which can be accessed by a boat ARE. Candidates that can be safely accessed can (and often do) include places that have an admission fee. In other words, yes, you can submit something inside a park / museum / venue that has an entrance fee. Same goes for working hours, places that are closed at night can still have valid PokeStops and Gyms.

A lot of you already know, but Pokemon GO is built on top of S2 Cells. S2 cells are a system used to categorize, identify and describe the surface of Earth. In many ways, S2 cells are like tiles, layered on top of Earth surface, enumerated with numbers. Each cell has a unique identifier and by sharing that identifier you are uniquely describing an area of the Earth – location, size and boundaries.

S2 cells influence Pokemon GO profoundly, as they are used to determine if a PokéStop will become a Gym, if the location of the PokéStop is valid and in many other ways (parks, EX gyms, regional boundaries, you name it).

Rather than going all in on the topic, we’ll just summarize the three important S2 Levels for Pokemon GO (you can read the rest in the article linked above):

Cresselia is a Tier 5 Legendary Raid Boss in...

Pokémon GO Fest continues its world tour with a...