This page details everything you need to know about Pokémon GO’s Season of Legends, including wild spawns, eggs, raids and hemisphere exclusives. 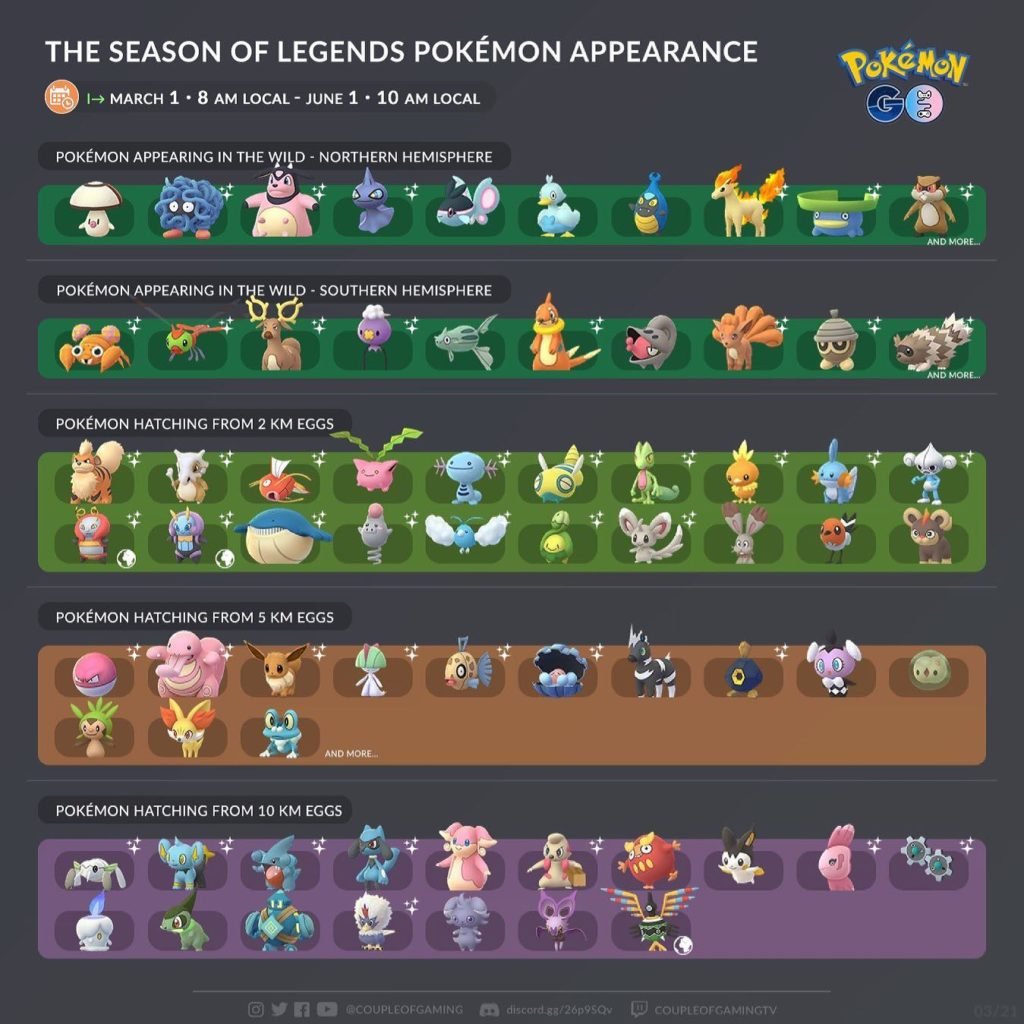 Stay tuned for more details. There might be some other Legendary faces making their Pokémon GO debut appearing later in the Season, too! 🕵️

As the seasons change, different kinds of Pokémon will be appearing in different habitats in the wild!

For example, you might find Mantine or Frillish appearing near water, or maybe you’ll happen upon a Voltorb or Glameow while in the city! If you happen to be traversing near grassy and forested areas, you might find Hoppip floating peacefully in the air.

These and many more Pokémon will be appearing more often in the wild, so keep a lookout and stay tuned for more details!

During this Season, the kinds of Pokémon that appear more often in the wild exclusively in either the northern or southern hemisphere will be greatly expanded from last Season (Season of Celebration)!

In the northern hemisphere, you’ll be able to encounter the following Pokémon in the wild:

Different Pokémon will be hatching from all Egg groups, regardless of which hemisphere you live in. The list below is confirmed by Niantic’s posts and media resources:

Volbeat or Illumise will also hatch from 2km Eggs, depending on where you are.

Certain other Pokémon will also continue to hatch from 5km Eggs depending on where you are.

Sigilyph will only hatch from 10km Eggs collected in Egypt and Greece. Check our List of Regional Pokémon in Pokémon GO for more information.

You can look forward to even more goodies this Season, such as the following bonuses and items:

Throughout the Season, you’ll have even more opportunities to be legendary! March Community Day, GO Battle League Season 7, all-new events, and more will be coming. You can also look forward to a series of events toward the end of the Season that will certainly be legendary.