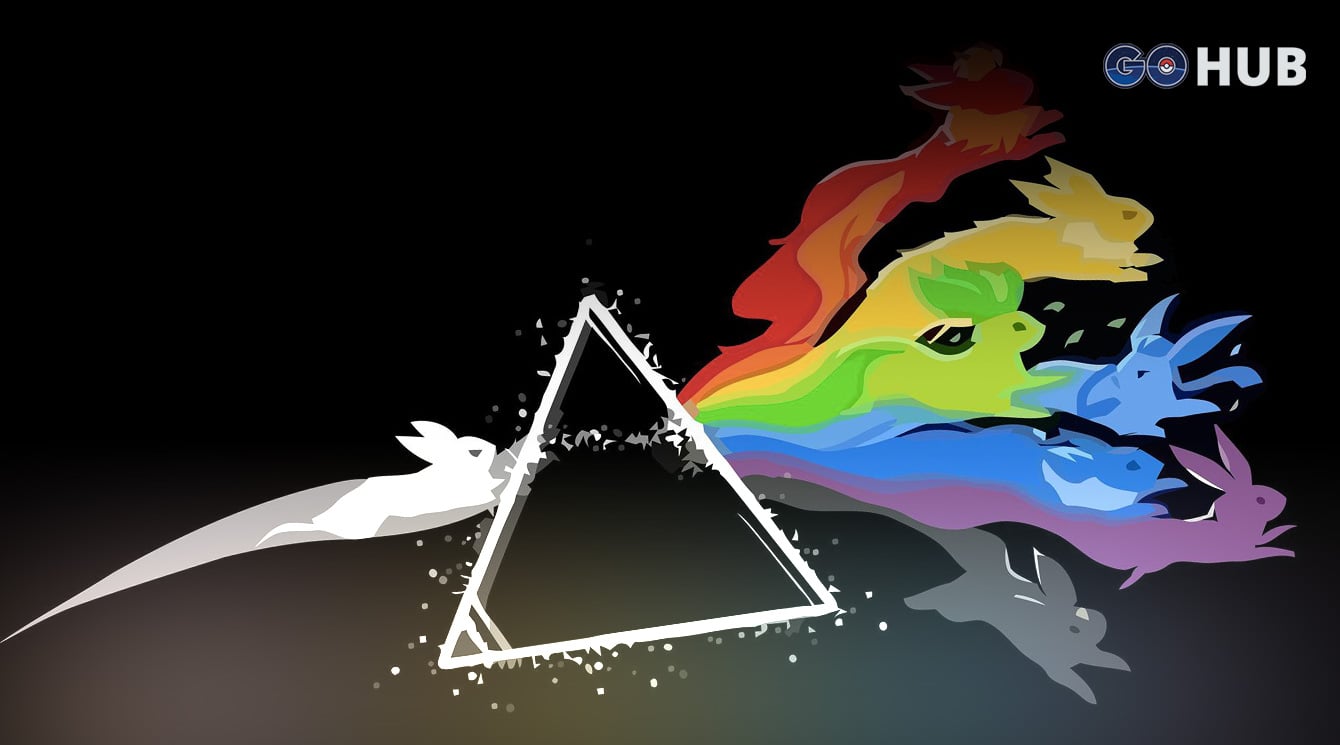 In eager anticipation of the upcoming Pokemon GO Eevee Community Day on August 11th and 12th, some of you may be wondering which of Eevee’s evolved forms would be best to invest in on the day if we’re given some means of controlling which one we get.

Well in this article we will compare all seven of Eevee’s current/imminent evolved forms with the top attackers of their respective types, as well as some speculations on why certain Eevolutions may be more useful than others in the future.

Many of you will undoubtedly be holding onto some high level and/or high IV Eevees ready for the two new ‘Eevolutions’ that are coming in Gen 4: Leafeon and Glaceon. There is (of course) a chance that we’ll get to evolve these during the Community Days in August, but the question is, would you actually be better prioritizing your best Eevee for Gen IV or Gen I – III forms that we already have access to in Pokemon GO?

To answer that, let’s look at their current places in the meta compared to other strong Pokémon that share their typing. Before we continue, let’s just say that in every of the five (and soon to be seven) types that the Eevee family covers, there are already better attackers available. But just how far behind these optimal attackers do the Eevolutions fall?

How do they fare against the Raid Bosses that they would most often face? Are they still useful for filling gaps in your Water Fire Electric Psychic Dark Grass and Ice type battle teams? Lets find out!

A collaboration article by Kratos and TomSharpe

Leafeon and Glaceon in Pokemon GO

As we don’t currently know for sure which moves Leafeon and Glaceon will get in Pokemon GO, we can only speculate on what they might be, based on the moves they were able to learn in the main series games:

If Leafeon gets Razor Leaf & Solar Beam it would have a Cycle DPS (the amount of damage dealt over the course of one energy cycle) of 24.7, when powered up to level 40. This is 95% of the Cycle DPS dealt by Exeggutor with Bullet Seed & Solar Beam (its current best Grass type moveset) so not very far behind at all!

We do also need to take the Bulk of these Pokémon into account though, as the Cycle DPS is only taking their damage output into account. Bulk is calculated by multiplying a Pokémon’s base Defense and Stamina stats;

We can see that Leafeon is 10% ‘bulkier’ than Exeggutor and would therefore last longer in an equal battle. Would this difference in survivability result in a higher total damage output? It’s not possible to say until we have a means of simulating these battles, but there’s a good chance that it would!

We should also remember that we do have Tangrowth about to enter the meta as the highest max CP grass type in the game, so with the right moves, it will easily surpass Leafeon and Exeggutor in terms of cycle DPS.

If Glaceon gets the moves Frost Breath and Ice Beam, it would have a Cycle DPS of 24.39, when powered up to level 40. This is just over 90% of the Cycle DPS dealt by Mamoswine with its best speculative moveset, Powder Snow & Avalanche so again, only slightly inferior.

In regards to Bulk:

As you can see, Mamoswine is considerably bulkier than Glaceon, meaning it will have quite a lot more time on the battle field before it faints and therefore more opportunity to inflict damage on its opponent.

Before we analyse these results, let’s think about the possibilities for this unconventional Community Day; Due to Eevee being given the exclusive move instead of its evolved forms, there are many possibilities for how Niantic could play this one. Here are some that we think would be the most interesting:

If we’re going to have any chance of ending up with each of the shiny variants of the Eevolutions, at least one of these methods surely has to be available to us. if you have any other interesting thoughts or insights on this, please let us know in the comments.

With the results of the simulations and speculative comparisons above in mind, we would advise that you prioritise your best Eevees for the following Eevolutions:

Against future Gen4 Raid Bosses, the most useful Eevolutions will be Vaporeon, Glaceon and Umbreon, which all have type advantage over at least one of them. So if you’re lacking the optimal counters in these types, you should ensure that you add a few of these to your attacking teams and power them up to level 30 (Click the link to see why level 30 is an optimal stopping point in a lot of cases).

It may also be wise to walk the Eevee that you’re saving for Espeon, the 10km that’s required to evolve it, just in case we don’t get any other method of influencing the evolutions.