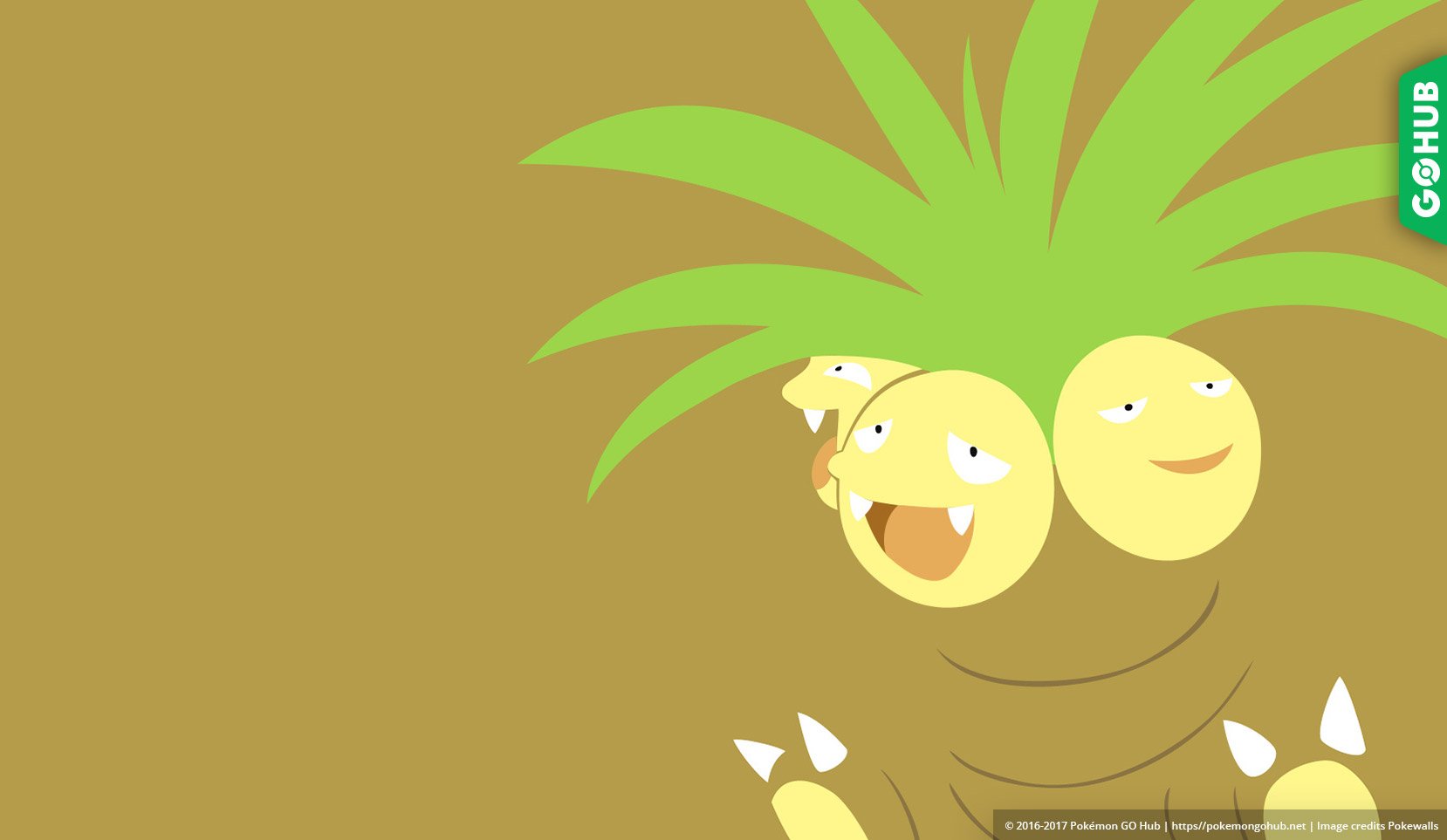 First introduced in Generation One, this seemingly silly looking Pokémon is not to be underestimated. In fact, it sits on the throne of eggs-celent Grass-types in the current meta. Let’s take a look at what makes Exeggutor a top-tier threat.

As of Generation Two, Exeggutor had the highest Attack stat of any Grass type currently available in the game. Exeggutor is able to take full advantage of it’s dual-typing, Grass and Psychic, with movesets that only benefit it’s typing.

How Would You Like Your Eggs? Exeggutor’s Preferred Movesets

An Exeggutor running Grass type moves was the best choice against a number of raid bosses – Vaporeon, Omastar, Golem, Poliwrath, Suicune, Rhydon (barring Megahorn), Groudon (barring Fire Blast), and Kyogre (barring Blizzard). In addition, many of those Pokémon that were raid bosses were often used as gym defenders, thus increasing the use of Exeggutor as a Grass type.

While not as used, it’s Psychic moveset is nothing to scoff at. While effective against Poliwrath and Machamp (and other fighting types in gyms), Exeggutor faces *incredible* competition in the Psychic arena, promoting it’s other typing Grass, putting it into a situation quite similar to what Gardevoir faces. Omelette’s take a look at what Exeggutor faces currently, and what it will face in a Generation Four Meta.

Sunny Side Up in the Current Meta

In the Grass arena, Exeggutor reigns supreme, even after Venusaur receiving Frenzy Plant. While Exeggutor has the higher attack between the two, Venusaur has slightly better overall bulk, and access to arguably the best Grass type move in the game. Frenzy Plant being a base 100 power two bar charge move allows more flexibility of use. Dodges are far more difficult to achieve in bigger raid groups, so a two bar move is more realistic to pull off (specifically, the DPS between the suggested movesets is a mere difference of 5 – 6 %, noted in the link above). Sceptile is an acceptable Grass type user, but lacks access to either Solar Beam or Frenzy Plant. Breloom has the highest Attack, but deals more DPS as a Fighting type with Counter/Dynamic Punch.

Our palm-tree pal does not fare as well running a Psychic type moveset. Alakazam and Espeon have a much better Attack stat, with access to the best Psychic Charge move in the game, Future Sight. Mewtwo has a much better Attack stat then the rest of the Psychic metagame, with a Defense stat that blows Exeggutor away. Metagross has the Defense of Mewtwo (with resistances to Grass, Normal, Rock, Fairy, Flying, Poison, Steel, Dragon, Ice, and Psychic). Exeggutor has better accessibility (aside from Espeon) than the rest, so it is a great choice for those that lack access to any other Psychic type.

Exeggutor in the Future(sight) Meta

Exeggutor will face even more trouble in a Generation Four meta, with both of it’s typings. Gen. Four has several impressive Pokés coming. Leafeon has a better Defense than Metagross or Mewtwo, and a good enough Attack stat to back it up. Tangrowth, Torterra, and Shaymin all share similar stats, all posing an equal (or often better) Defense and Stamina stat. In addition, veteran players will likely have amassed *tons* of Tangela candy. Roserade will serve as a Grass type glass cannon, dealing out excellent DPS over a short time. Keep in mind that all of these are in addition to Sceptile, Breloom, and Venusaur.

Talk about mass Confusion – the Psychic type meta game is going to become even more crowded than it currently is. Cresselia and Uxie will be defensive tanks, Mesprit, Gallade, and Victini have the Defense and Stamina to back-up their respectable Attack stats, cementing themselves as over-all great Psychic types. Azelf will likely go the route of glass cannon with stats resembling Alakazam. Exeggutor was not looking to great in the current meta, and so it’s future may be scrambled as a Psychic type.

Don’t get rid of all of your Exeggutors. While I may have 10 powered up to LVL 30+, that doesn’t mean all of them will stay. They are excellent as Grass Pokémon, but future mons will serve different purposes. Torterra has better stats in every category over Venusaur and Tangrowth has the stats of Mythical Pokémon like Mew, Celebi, and Shaymin. Exeggutor will stay relevant as a Grass type for the time to come, but faces a K.O. if ran against other Psychic types (in addition to Grass / Psychic having the most weakness of any double-typed ‘mon.)