Aura Sphere Lucario in the Raid and Trainer Battle Meta 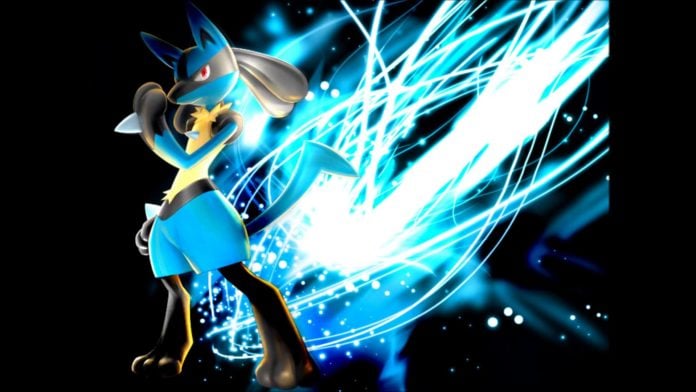 It was announced on December 11th that Lucario the Aura Pokémon will be getting its signature Move – Aura Sphere. Over the years Pokédex entries have stated: ‘By catching the Aura emanating from others, it can read their thoughts and movements.’ (P, X, OR) and  more recently ‘It controls waves known as auras, which are powerful enough to pulverize huge rocks. It uses these waves to take down its prey.’ (Sw) Its even Lucario’s Neutral B Move in Super Smash.

With this addition to Lucario’s move-set it’s time to take a look at how good this move is for Lucario. In PvE, Aura Sphere is a 2 bar move with 90 base power and a cooldown of 1.8 seconds. In PvP, it takes 55 energy and has 100 base power.

Yes, you want Aura Sphere on your Lucario. It will provide great utility in PvE. If you use Lucario in Team Rocket battles you should have dual Charge Move Lucario. Always give your Riolu a second Charge Move before evolving, it’s a huge Stardust saver. Otherwise, PvP Lucario is unchanged in its standing.

WOW, just wow. Aura Sphere ties with Return as the highest DPS move currently available in the game at 50 – yes 50 DPS. Close Combat by comparison is 43.48 and Focus Blast is 40.00. Furthermore, Aura Sphere is a 2 bar move, while the other moves both are only 1 bar. This means not only does it hit harder, but it hits more often. Let’s look at how a Counter/Aura Sphere Lucario stacks up to other fighters in the game.

Clearly from the table above it can be seen that Aura Sphere now makes Lucario the best Fighter in terms of pure DPS. While it doesn’t have the TDO of Machamp or Conkeldurr due to a lower Stamina, Lucario has the added bonus of taking reduced damage from Ice, Normal, and Steel and double resists Rock due to it’s dual Steel-type. These being 4 of the 5 types Fighting moves are Super Effective against. This dual typing also turns the three fighting weaknesses Psychic, Fairy, and Flying into neutral, but adds weakness to Ground, Fire, and Fighting.

How does this translate to battle – well for countering Normal and Dark opponents, there is no better than Fighting counters. This means up against the ever popular Tyranitar, Lucario is your best bet. According to Pokébattler, AS Lucario cuts the Time to Win (TTW) by almost 20 seconds! When up against the current EX Boss Regigigas, the results are even more dramatic, cutting TTW by almost 50 seconds, yes 50 SECONDS!! This improvement makes Regigigas duo-able in Cloudy Weather with a Best Friend if it has Thunder.

What about Ice, Rock, and Steel – in these matchups Lucario has to compete with Steel, Fire, Water, and Ground. Let’s look at some of these Pokémon:

While looking at purely DPS Aura Sphere Lucario still comes out on top; however, in raid simulations this doesn’t equate in practice. Countering the Regi Trio is a great set to look at. Metagross has a slight advantage against Regirock, while dying much less; Lucario  edges out Chandelure on TTW against Registeel, but many more die; and both surpass Lucario on TTW with less deaths against Regice. These three are mono-type, making them an easy baseline; but when dual-types are considered Lucario can come back out on top. Dialga’s Dragon-type, for example, resists Fire making it now a neutral matchup. This also applies to Rock and Fire-types (Aggron, Bastiodon, Probopass, Heatran, & the forthcoming Kyurems.) A similar thing happens with Metagross and its Steel moves being resisted by Water, Steel, Fire, & Electric. Making it not a good match against Alolan Walrein, Golem, Omastar, Kabutops, Aggron, Bastiodon, & Probopass.

This leads us to the final point of discussion – Kyurem. Kyurem is a Genereation V Legendary, that will most likely be in T5 raids at some point. There will be 3 Forms of Kyurem: White, Black, and Normal. This extreamly powerful dual Dragon Ice, this means it will be a tough counter with other Dragon-types. If all movesets and stats for the three stay the same, AS Lucario will have the lowest TTW for Kyurem, only be edged out by Black Kyurem against… Black Kyurem, and trail shortly behind Metagross and Palkia against White Kyurem. Remember Lucario is still glassy especially when compared to Metagross, Chandelure, and any Legendary Pokémon.

To summarize, Aura Sphere Lucario is a must for PvE. You definitely want to have a few at the ready. If you don’t PvP, or Battle Team Rocket, then this is the only Lucario move-set you need.

It is pretty easy to see right of the bat that with the same base power 100, and a higher energy requirement, 55 vs 45, as Close Combat, Aura Sphere really doesn’t have any use in PvP. As of now unless these values change, or Aura Sphere gains some secondary effects, it’s a pass for PvP. Machamp is better in all three leagues with its higher Stamina and slightly lower Attack. Plus finding a Lucario for Great League is not a trivial task, due to the fact it comes from eggs (Level 20) and most Lucario IV combos surpass 1500 CP at Level 19.5.

Remember that Team Rocket Battles are based on PvP mechanics, and Counter/Close Combat Lucario is a more or less a must. Therefore, it is advisable to give Lucario a second move. With a new move costing 75 Candy and 75000 Stardust – NOTE: Riolu’s Second Charge Move only costs 25 Candy and 10000 Stardust!!! add the move then evolve – this is the same Stardust cost as going from Level 20 to 30 in the first case, and 20 to 22 if you use the Pro Tip of giving Riolu the Second Charge Move. With TR Battles it is best to have higher level Pokémon, therefore one double Move, maxed out Lucario will be cheaper than powering up two separate ones. Plus if you are Lucky enough to get a Lucky Lucario, then a Second Charge Move is definitely worth the Stardust saved to power it up.

While there are 1 Regular and 2 Mythical Fighting-type Pokémon with higher Attack Stats in Gen V (Mienshao, Keldeo, & Pirouette Meloetta) all three currently are coded to get Low Kick, a Quick Move that really holds them back. In the Main Series Games, Mienshao can learn Aura Sphere, while the others can not. Currently, Mienshao’s only Fighting Charge Move is the lackluster Brick Break.

Gen VII (think at least 2021) sees 2 Ultra Beasts and 1 Mythical Fighting-type Pokémon (Pheromosa, Buzzwole, & Marshadow) again with better Attack Stats. As of know it is impossible to know what moves they will get, or when and how they will be obtainable.

This all means that Aura Sphere Lucario is pretty Future Proof.

The short of all of it is that Aura Sphere Lucario is a force to reckon with. It is the superior Fighting attacker in PvE, and is unlikely to be surpassed on this front. For PvP the new move doesn’t do much, Close Combat is better, but with Lucario not being a star in PvP it’s not a big deal. If you like to use Lucario in Team Rocket Battles, it should have Double Quick Moves to ensure dual usage with PvE. Remember it is way cheaper (10000 Stardust & 25 Candy vs. 75000 Stardust & 75 Candy) to give Riolu a Second Charge Move than Lucario.