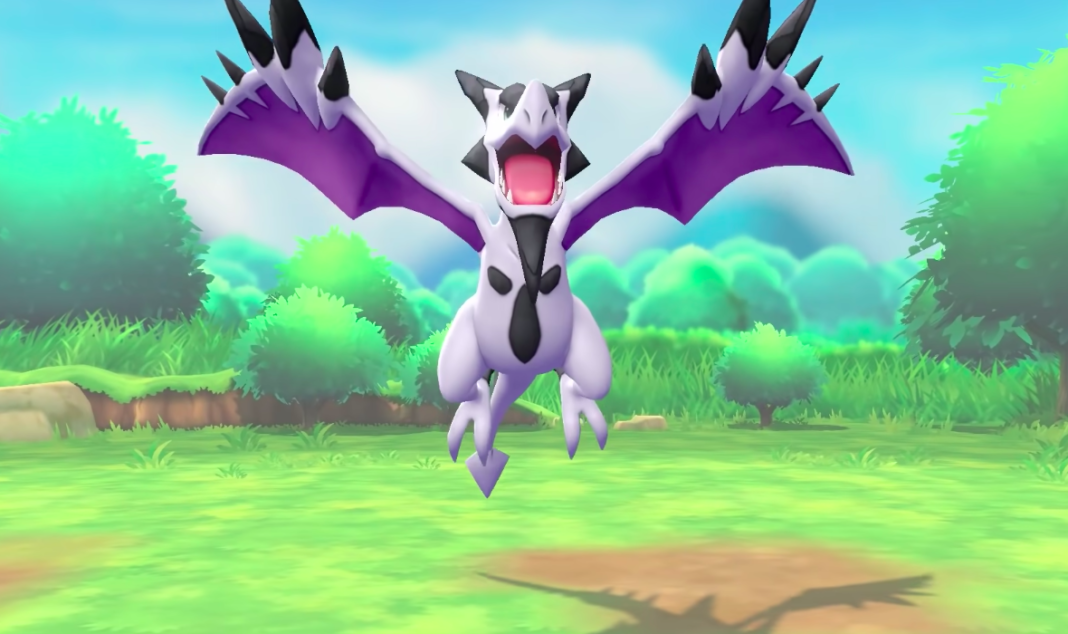 And we all know how useful rock type Pokémon are in raids so… let’s see whether or not this new mega is worth your passes.

No surprise here, Rock Throw + Rock Slide is Mega Aerodactyl’s best moveset in PvE. 292 base ATK stat is a Rampardos-tier attack stat, with the benefit of having significantly more bulk and thus a higher TDO.

In case you’re wondering, it doesn’t have access to any flying-type move at all. So if you want to use it, please stick to the moveset shown above.

Let’s get straight to the point: Mega Aerodactyl will become the best rock type attacker in the game… at least for now.

In terms of DPS, Mega Aerodactyl ranks above Tyranitar, Terrakion, Rock Wrecker Rhyperior and even shadow Tyranitar, but still below Rampardos. However, the combination of its pretty decent bulk and its offensive power make it stand out due to its great total damage output. Overall, it’s a great Pokémon to have.

The reason why its #1 spot as a rock type attacker is in danger is merely because of the fact that Mega Tyranitar exists, and it will eventually take that spot thanks to its better stats.

But that’s not all. There is still another mega that might have flown under your radar. And that Mega is Mega Diancie. You might be thinking: but that thing only has 190 base attack in its base form, how is that even possible? Turns out, Mega Diancie trades some of its great bulk for a heavy boost to its attack stat, reaching a beastly 342 base ATK stat.

Mega Tyranitar might have a lower attack stat, but its great bulk makes up for that and its performance is actually pretty close to Mega Diancie’s.

Shadow Rock Wrecker Rhyperior and shadow Rampardos (the ultimate glass cannon) are two other Pokémon worth keeping an eye on, since both of them have the stats and moves needed to outperform Mega Aerodactyl. However, I wouldn’t expect them to be released anytime soon. In order to get a Shadow RW Rhyperior, you’d have to wait until the release of shadow Rhyhorn + a TGR Takeover event + an event where you can get Rock Wrecker or an Elite Charge TM. Shadow Rampardos on the other hand seems to be REALLY fragile and the probability of shadow Cranidos being released anytime soon is pretty low. Furthermore, shadow Pokémon are quite expensive to power up.

So, the tl;dr would be that Mega Aerodactyl is the current best rock type attacker in the game, at least until Mega Tyranitar and Mega Diancie are released.

Rock type moves are super effective vs. a plethora of Tier 5 raid bosses, so Mega Aerodactyl is a GREAT Mega to have in your party. You can find some examples in the list below.

One of the main perks of Mega evolutions is that whenever a Mega evolved Pokémon is alive in a raid battle, a 30% damage boost to attacks that share the same typing as the mega that’s active will apply. And rock type attackers are pretty common in raids.

Tier 5 Pokémon that are weak to rock type moves:

Another interesting strategy you could consider is rocking a Mega Aerodactyl in the first slot of your party while your raid mates use heavy-hitting Pokémon such as Rampardos. The raid boss won’t have much energy at the beginning of the fight, so the first set of mega-boosted Rock Slides will deal a nice chunk of damage.

Try to maintain the mega boost as much as you can, the boosted rock-type damage bonus will help a lot. If 2+ trainers bring a Mega Aerodactyl to a raid battle, it’d be wise to coordinate in order to make the mega boost last as much as possible. This could be done by using Mega Aerodactyl at different times of the battle (i.e. having it placed in different slots of your raid party).

Is it Worth Your Passes?

The facts speak for themselves, Mega Aerodactyl is currently the best rock type attacker in the game. I can see Mega Aerodactyl showing up in the lists of counters whenever rock type moves are super effective against a specific raid boss (assuming that raid boss doesn’t have a double weakness to attacks from other types).

But yet again, the thing with megas is: do you really need them to take down a specific raid boss? The answer is, in most cases, no. Unless you’re a rural player or short on good rock type counters (which is extremely unlikely as powerful rock type Pokémon have been featured in plenty of events), that raid boss will go down without having to use Mega Aero.

However, there are certain events or time periods where having a Mega Aerodactyl in your party will be really beneficial. For example, Megas are really useful during raid days, raid weekends or raid hours, as well as during Community Days (if you want the +1 extra candy bonus for the featured Pokémon).

Using a Mega Aerodactyl (combined with other powerful rock type Pokémon) will probably help you get the Hardest Hitter raid award in every raid, and you’ll help your raid mates by reducing the amount of time needed to take down the raid boss. If you care about using the best counters in every single raid, then yes, Mega Aerodactyl is worth your raid passes.

My prediction is that Mega Aerodactyl will be quite popular upon release, due to several reasons:

A couple of weeks after its release, I can see the interest in Mega Aero winding down and trainers might want to hold on to their coveted and hard-earned Mega Energy and save it for special occasions. This is, in fact, common practice with the current Mega Evolution system.

This article I wrote about the current Mega Evolution system and some suggestions on how to improve it might be a good read if you’re interested in the topic.