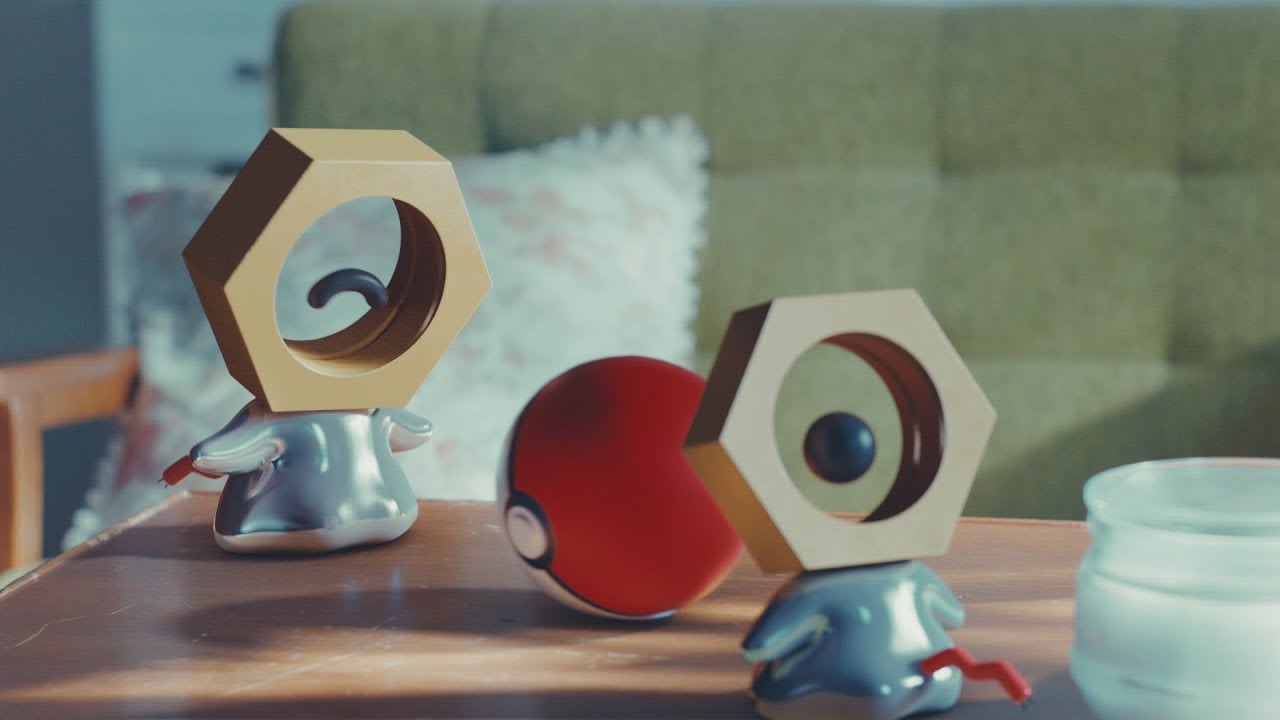 Trainers, November is shaping up to be a very busy month for Pokemon GO, with enough variety to keep even the most hardcore of us occupied. In order to help our readers prepare and stay up to date, we created a handy info graphic that covers everything that’s coming or leaving Pokemon GO in the next few weeks. November features Bug type Pokemon and Field research, with a few special tricks to keep us engaged. 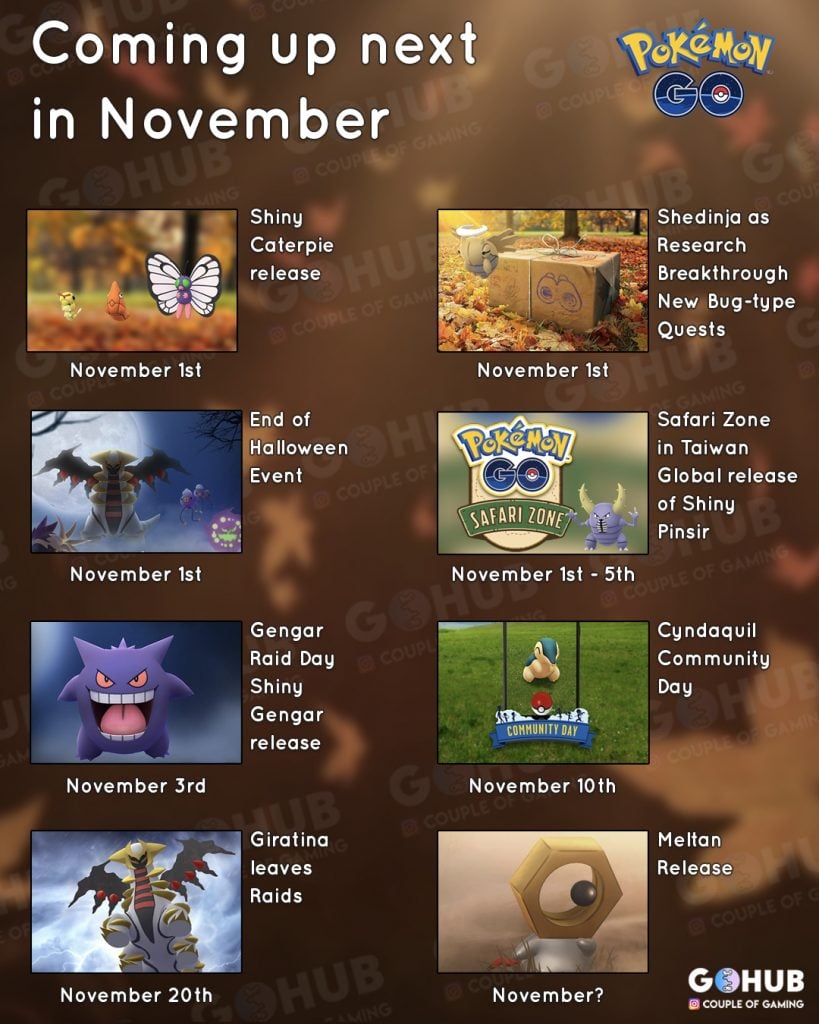 Gengar day takes place all around the world, giving players a unique opportunity to capture a shiny Gengar that knows Lick Ghost and Psychic Psychic. We’ve already written an in depth analysis of Gengar’s new exclusive moves, which we strongly recommend you read before the event: Gengar day exclusive moves analysis: Lick vs Shadow Claw and Psychic vs everything

Cyndaquil community day is taking place on November 10, 2018. Event bonuses include double catch XP and Stardust. We expect that Typhlosion’s exclusive move will be Blast Burn, following the tradition established by the previous Chickorita community day.

It is expected, but not yet confirmed, that Meltan and its evolution, Melmetal, will become available in Pokemon GO on November 16, 2018, following the release of Pokemon Let’s Go Pikachu! and Pokemon Let’s Go, Eevee!

Pokemon GO is required in order to obtain a Melmetal Pokemon Let’s Go, as outlined on the official Pokemon.com website: “It has become clear that Meltan will only evolve into Melmetal in Pokémon GO. To evolve it, you will need 400 Meltan Candies.”

On November 20, 2018 Giratina will stop appearing in Tier 5 raids. We expect it to be replaced by Dialga or Palkia, as it is usually the case in Pokemon GO. Make sure to get a solid Giratina before November 20!