After a long interlude season, we have finally received information regarding season 11 of the GO Battle League. This season will resume a normal ranking format that players have been waiting for. It’s looking to be more competitive than ever with newly announced cups, rewards and more!

With each new season comes new and exciting changes. There is a lot to cover so let’s break down this announcement and discuss each main point.

Trainers,
GO Battle League Season 11 is set to begin!
After a relaxing season off, it’s time to get back to battling with Season 11! We’ve got a whole slew of new cups just waiting to be won, and of course we can’t forget to mention the ongoing Pokémon GO World Championship Series events! Keep up to date on the latest Pokémon GO World Championship Series events on the Play! Pokémon site.

The interlude season has been seen as more of a practice season rather than anything. As we know, Niantic mentioned in a previous dev diary that this season was dedicated to sorting major issues within the PvP system such as Battle-code maintenance, Fast Attack fixes, Urgent Bug Prioritization and the introduction of Battle Logging.

The following will occur at the beginning of the season.

As we can see, there are a few never before seen cups coming to season 11. The Fossil Cup, Little Cup Remix, and the Fighting Cup.

More information regarding these cups can be found below.

Evolve Mankey during the three hours of the event, or up to two hours after it, to get a Primeape that knows the Charged Attack Cross Chop. If you’re lucky, you may encounter a Shiny one!

Timed Research focused on battling will be available for the whole day!
Complete the research to earn:

Mankey will be taking the spotlight in the first GO Battle Day for season 11. Be sure to take advantage of this event as you can evolve Mankey to Primape to learn its legacy move, Cross Chop which you would normally need to use an Elite Charge TM to obtain.

Remember to save these dates as we will have our first GO Battle Weekend. Will you be up for 200 sets in 2 days? While this may sound exhausting, this will be a great opportunity to try your best at climbing the ranked ladder. 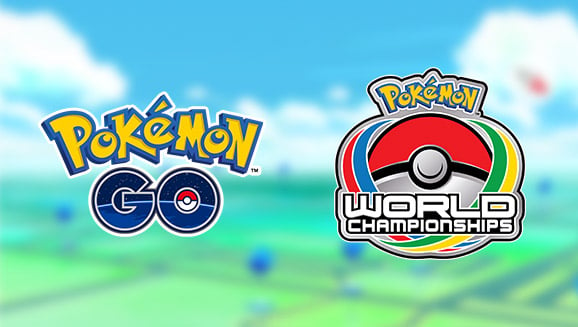 Celebrate the World Championship finals with a battle-focused event! Stay tuned for more details as we get closer to this event!

You can encounter the following Pokémon once per season at the designated ranks.


Legend
Pikachu Libre (If you’re lucky, you may find a Shiny one!)

Shiny Axew will not be available to be encountered until after its debut in the global Pokémon GO Fest on Saturday, June 4, 2022, at 10:00 a.m. local time.

You can encounter the following Pokémon in reward encounters throughout the season at the ranks shown in the image below.

If you’re lucky, you may find a Shiny one!

The Pokémon currently appearing in five-star raids has a chance of appearing as a reward encounter after you reach rank 20.

Shiny Axew will not be available to be encountered until after its debut in the global Pokémon GO Fest on Saturday, June 4, 2022, at 10:00 a.m. local time.

Avatar Items and Other Rewards

Pikachu Libre avatar items will be rewarded to Trainers who reach Rank 3.
Trainers will be able to earn avatar items and a pose inspired by Bea, Gym Leader of Stow-on-Side’s Gym in Pokémon Sword!

This is the part that many players are interested in, the Avatar rewards. From what we can see, this season will be based around Bea. Bea is the fourth Gym Leader Galarian Trainers face in their Gym Challenge in Pokémon Sword. She is an expert on Fighting type Pokémon.

Her Legend pose has not been announced yet but we can assume it may have something to do with her signature kick!

You can look forward to the following new cups this season.

Pokémon must be at or below 1,500 CP to enter.
Fairy-, Dark-, and Steel-type Pokémon are not eligible.

Pokémon must be at or below 1,500 CP to enter.
Only Flying-type Pokémon will be eligible.

Pokémon must be at or below 1,500 CP to enter.
Only Water-, Rock-, and Steel-type Pokémon will be permitted.

Pokémon must be at or below 1,500 CP to enter.
Only Normal-, Fire-, Water-, Grass-, Electric-, and Bug-type Pokémon will be permitted.

The Four Little Cup Pokémon most used by Trainers in the last Little Cup will not be allowed in Little Cup Remix.

These new cups are sure to shake things up. I’m sure many players will especially be happy to see that Bronzor will not be eligible in the Little Cup Remix.

So, Trainer, how will you battle in season 11? will you compile a solid team and rise to the top? or have a more laid back approach and bring the spice? Whatever your strategy is, remember to have fun and enjoy participating in these new cups!

Until next time,
–Adam ‘Avrip’