Trainers, if by any chance you didn’t know, tickets to the Pokémon GO Fest 2018 event in Chicago, Illinois went on sale at 9:00 a.m. PST today and in less than one hour, it was announced that the event was already sold out.

As much as it is incredible that an AR mobile game managed to be sold out in such a short period of time, trainers who haven’t been able to put their hands on a ticket (and even some who did) around the world are expressing their frustration and disappointment towards the fact that scalpers sadly took over.

On the Hub’s Discord server and all over Twitter, one could feel that people were very excited to the idea of putting their hands on a ticket to Pokémon GO Fest 2018. Some had asked a relative to make the purchase for them, others had to be awake in the middle of night due to time conversion.

As someone who simply cannot realistically attend the event, it was really exciting to see so many people overjoyed by the fact that they were going to purchase a ticket that would allow them to join the biggest event in Pokémon GO. As soon as the tickets went live, our server went quiet (it doesn’t happen often, so it was quite funny), and it didn’t take long for the first lucky trainers to show off that they had managed to snag a ticket or more!

As much as it didn’t take long for people to show off their tickets, it took even less time for people to express their frustration and disappointment towards the fact that the website simply could not manage that much traffic. Even being a famous YouTuber was not going to help you. 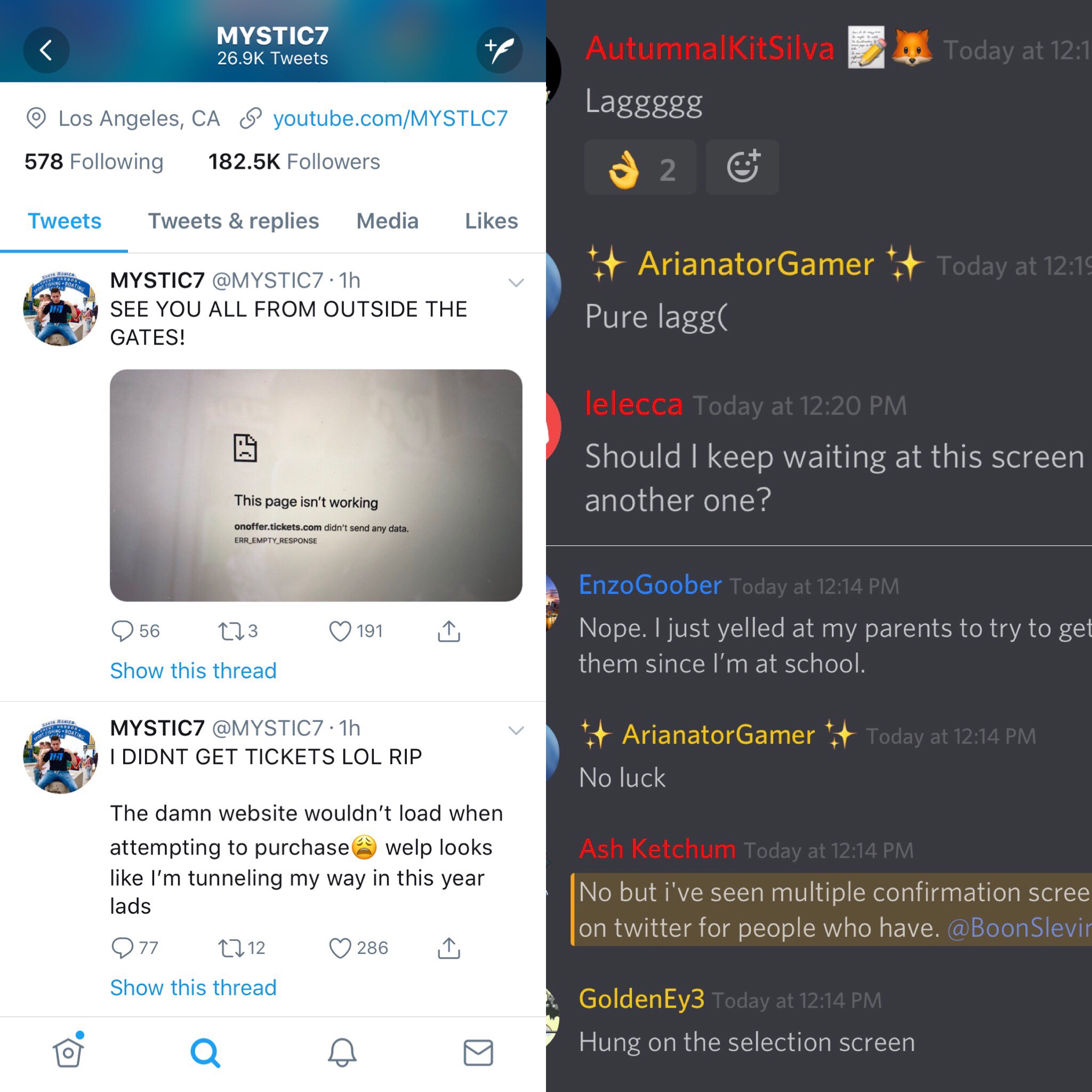 However, trainers felt even more disappointed and frustrated when, seconds after Niantic announced that the event was sold out, tickets started appearing online. Scalpers had already posted tickets for sell.

Yesterday, Niantic had announced that tickets would be associated to your IGN (in game name). However, it appears that people have two weeks from the date of purchase to associate a trainer’s IGN to the tickets. This means that scalpers have two weeks to resell tickets to the highest bidder, and bids are already underway, sadly…

Tickets are currently being sold online, and prices go up to thousands of dollars, which certainly goes against the community aspect of the game. Thanks scalpers…

As much as this is overwhelming, exciting and somewhat disappointing, we can all expect Pokémon GO Fest 2018 to allow everyone to participate worldwide through global events. So, not everything is lost, but we do agree that scalpers robbed some people of their chance to attend the event on site. All we can say is that there is something to look forward to, whether or not you managed to snag tickets to the event.

We’d also like to remind everyone that the resell of tickets is illegal in the state of Illinois. Ticket holders who attempt to resell tickets or attend multiple days will be in violation of the Pokémon GO Fest 2018 Event Terms and Conditions, and run the risk of having their access to the event denied. One can event report people reselling the tickets on Ebay. More information on how to report someone here.

What about you? What are you plans for Pokémon GO Fest 2018? Lets us know below or join the conversation on Discord!