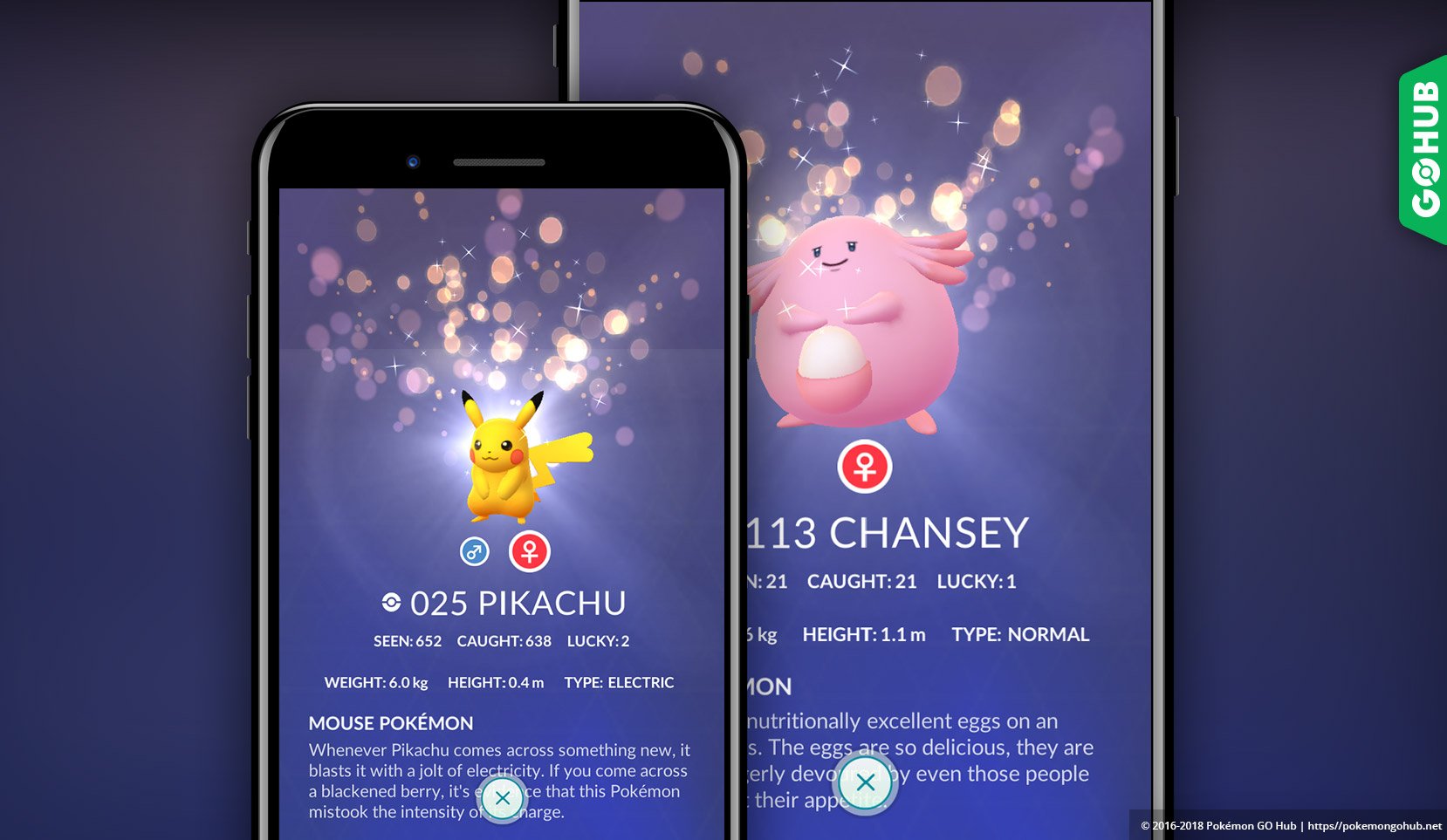 Trainers, Lucky Pokemon have been finally released in Pokemon GO! GO Hub is conducting research, and we hope you are ready for it, but in the meantime, here’s everything that happened in the past few hours.

Stardust from gifts is live

Yep, Lucky Pokemon are live! Start trading like crazy, there’s no better time than now. You can (and should) join our research efforts ASAP, as we’re collecting worldwide trading data in order to accurately determine Lucky Pokemon mechanics, IV floors and more. You can participate by filling out this form after trading:

As mentioned in the form, the best researchers will be featured on the Hub and praised in the hidden chambers of Hub’s admin zone. Maybe, just maybe, we have something else in store for them.

In case you were wondering how to trade in order to maximize your chances to get a Lucky Pokemon, we suggest you start with bad IV Pokemon that are leftover in your Storage. Aim for the 100 Stardust trades and just keep grinding it out until you get one. The mechanics are not yet known, but the official Support page suggests the following:

Trainers, a new wave of EX Raid passes has gone out! Get your Mewtwo on August 3/4!

We’re not sure when (or if) Deoxys will be a part of the EX Raid system, but we strongly suggest you keep on participating in Mewtwo raids and EX triggering attempts. Mewtwo is the strongest Pokemon in Pokemon GO, and there is no reason to skip out on it. Not even if it’s your tenth M2 raid!

As a precursor to all of the above, around 18:15 GMT time, the 0.111.x family of updates has been forced, as the worldwide roll out has been completed. If you don’t have the update installed, you will be forced to upgrade before you’re allowed to play. If you’re running 0.111.2 we strongly recommend you upgrade to 0.111.3 as it’s a much more stable release.

Update has been forced… oh my, Lucky Pokemon are imminent! pic.twitter.com/BrPvWZKnq4