Trainers, this is not a drill! A reddit report just surfaced, sharing that Niantic Wayfarer review system is available for some Pokemon GO players in Germany. The user that reported this has a Level 40 Pokemon GO account and Level 9 Ingress account. Another user confirmed this, L40 in Pokemon GO and an unused Level 6 in Ingress account. Most players can already login into Wayfarer, but only randomly selected players can actually review PokeStop nominations through it.

As of the time of this publication, it seems that invitations are being handed out randomly, rather than following a pattern. It seems that there is no correlation between your Ingress and your Pokemon GO account, but so far only L40 players have been given access. Niantic has previously shared that over the next few weeks, Wayfarer will start rolling out to a subset of the Pokemon GO player base.

This is the email one of the players received from Niantic. They also received a push notification from Pokemon GO. 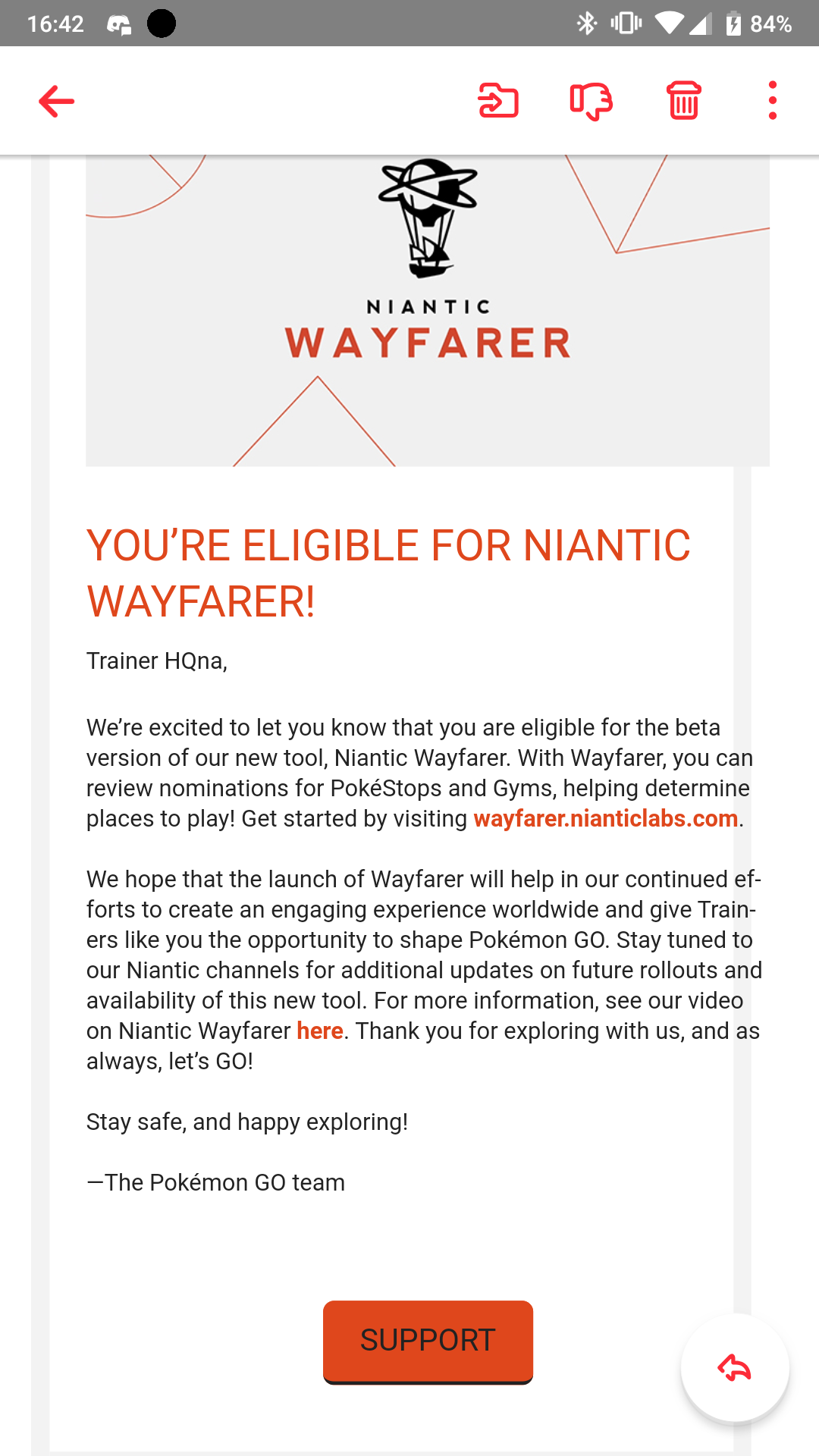 We’re excited to let you know that you are eligible for the beta version of our new tool, Niantic Wayfarer. With Wayfarer, you can review nominations for PokeStops and Gyms, helping determine places to play! Get started by visiting wayfarer.nianticlabs.com.

We hope that the launch of Wayfarer will help in our continued efforts to create an engaging experience worldwide and give Trainers like you the opportunity to shape Pokemon GO. Stay tuned to our Niantic channels for additional updates on future rollouts and availability of this new tool. For more information, see our video on Niantic Wayfarer here. Thank you for exploring with us, and as always, let’s GO!