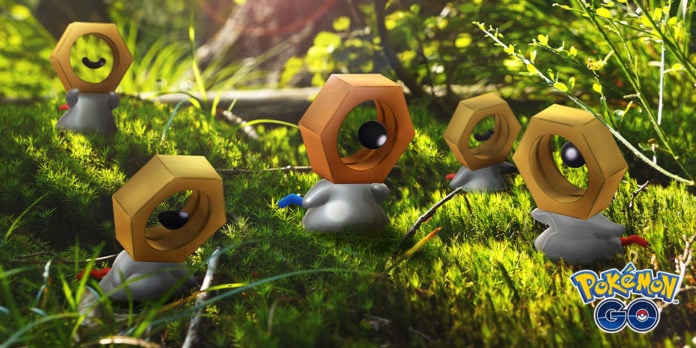 The key to catching Meltan is the Mystery Box, which can be obtained by sending a Pokémon from Pokémon GO to the Nintendo Switch titles Pokémon: Let’s Go, Pikachu! Or Pokémon: Let’s Go, Eevee! Don’t miss your chance to evolve the Shiny version of Meltan into Shiny Melmetal! Start collecting those Meltan Candies! 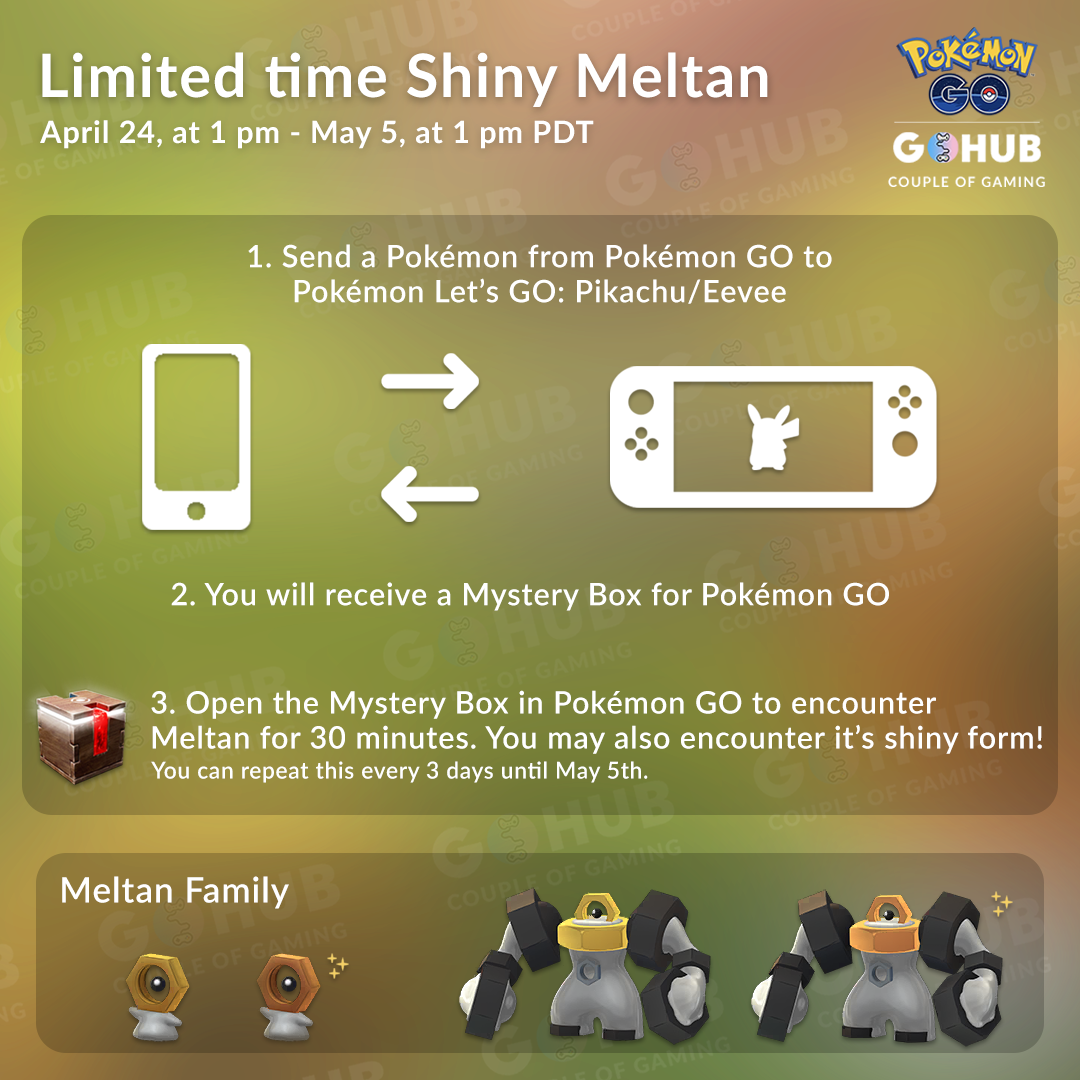