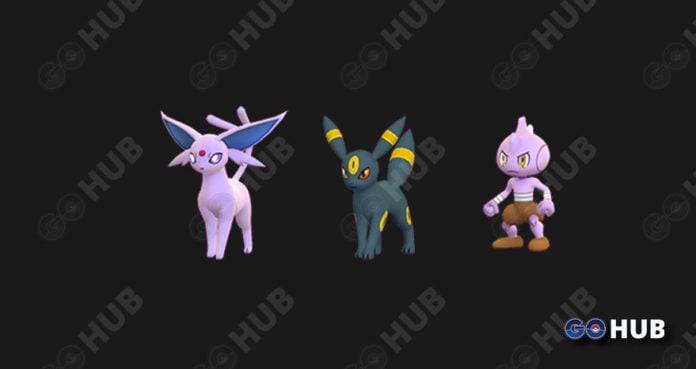 The Spriters Resource is a web page dedicated to hosting and publishing game sprites and other assets, usually with high levels of quality and precision.

The Pokémon GO community is in uproar of excitement this morning as TSR published a sprite sheet showing off Johto Pokémon, together with Espeon, Umbreon and Tryogue!

Another source claims that these assets were not found in the APK, but requested as models from Niantic’s servers. Usually, when reverse engineers tried to request assets, it would fail for all other Johto Pokémon.

It is very, very weird that they were able to obtain models for these three Pokémon! We are also trying to request the same models in order to confirm this information.

dronpes, a Silph Road admin, tried to give more information on the matter:

The spritesheet with those gen 2 species is very likely a fan-made spritesheet. It is not an asset available (in that form at least) in the APK.
We’ve reached out to both the Spriters-Resource team (who are trying to track down where they acquired it) and another article writer who mentioned receiving a non-error server response when requesting those specific image assets. Neither has so far confirmed that Tyrogue/Umbreon/Espeon’s images are available when requested.
At any rate, if they are served by Niantic’s servers, that change occurred back in mid-December, and not anytime recently.
It is possible the eeveelutions and Tyrogue had their sprites prepared alongside the babies, but their candy/evolution mechanics have not yet been implemented in the client-side code.
Hopefully that helps answer what that spritesheet is all about!