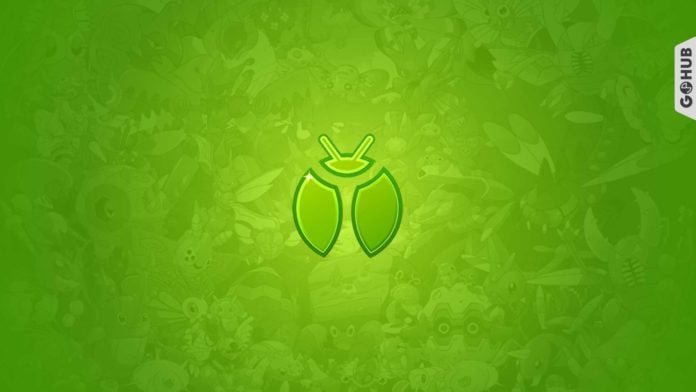 Being of the most common types, Bug-type Pokémon are everywhere to be found. They tend to have lower base stats than most other Pokémon and are usually not seen in competitive play. Thankfully, the tiered system in Pokémon Go allows them to shine in some instances. Due to this typing’s tendencies to have low base stats, Bug-type Pokémon will mostly be used in Great League battles. They do not reach a high enough combat power to be viable in Master League battles, except for Scizor. With this in mind, a trainer will need great prediction to make use of these Pokémon.

Along with the low base stats of these Pokémon, this typing suffers from having the most amount of types able to resist it. Bug-type attacks are resisted by fairy, fighting, fire, flying, ghost, poison, and steel typings. Leading a battle with a Bug-type is a risky decision and will fair better following second, or closing third. Fury Cutter as a Fast Move gains energy very quickly and will help using charge attacks. Bug Bite is slightly more balanced as in what it loses in energy; it gains in damage. As for charge attacks, Bug-types have access to some interesting options. Moves such as X-Scissor and Silver Wind are some of the lowest energy cost moves with the latter having a small chance to boost attack and defense by fifty percent.

Bug-typing has a typical amount of resistances when compared to other types. It resists fighting, ground, and grass-types while being weak to fire, flying, and rock. Bug-types that are paired with flying or Poison-typing will do well against Power-Up Punch users in Great and Ultra League by relying on their secondary-types for super effective damage. Many of these Pokémon rely on their secondary-typing to hold their own in battle. A good thing about most Bug-types is their low cost to unlock an additional move, which will be necessary to avoid getting walled off by opponents. Bug-type Pokémon will do better in scenarios where more is known about a battle beforehand.

With access to Psychic-typing for both fast and charge attacks, this Pokémon will cause much trouble for opponents using fighting, grass, and even other Poison-types. Both Confusion and Bug Bite gain energy at similar rates with the former dealing a bit more damage. Its access to Poison-type makes it great defensively due to the number of resistances it gains. It will take down grass and Fighting-types with ease. With the new benefits from Silver Wind, Venomoth now has a ten percent chance of having both its attack and defense stats raised by fifty percent every time the move is used. Poison Fang and Bug Bite are both legacy moves, but are a fantastic combination benefitting from fast activation, coverage, and same type attack damage (STAB).

Having high defense and a reasonable amount of hitpoints, Vespiquen is able to sustain itself in battle long enough to use either of its charge attacks against opponents. Pairing Bug Bite with X-Scissor ensures the fastest activation and Power Gem can be used against its counters.

This Pokémon’s access to a Flying-type move gives it the advantage of secondary damage without the drawbacks of additional weakness. Both Aerial Ace and X-Scissor are fast activating moves that provide coverage, while Fury Cutter gains energy at a fast rate.

This Bug/Steel-type Pokémon resists many types. Both of its Fast Moves gain a lot of energy while dealing good amounts of damage. It is an excellent counter against other poison-types and Grass-types in Great League. Both Iron Head and Bug Buzz receive STAB, but Psybeam is a good option for neutral damage. This Pokémon is similar to Forretress in stats, replacing Butterfree in terms of move coverage.

Beedrill tends to be more offensively geared than its counterpart Venomoth. They have the same typing, but Beedrill is more of a Poison-type attacker. Having access to Poison Jab lets it become viable in many Great League battles. It also has three very diverse charge attacks that can be substituted for one another depending on the scenario. All options have low energy costs with Sludge Bomb dealing the most damage.

Bug and Steel-typing pair very well as they cover a lot of each other’s weaknesses and this becomes a big benefit with this Pokémon. Its high defense and numerous resistances will let it sustain in battle long enough to use a few charge moves. Forretress can easily handle other bug and Poison-types and competes with fairy and flying types that dominate Great League. It has a double weakness to fire, so beware of fire fast attacks from opponents.

A unique choice. This Bug/Flying-type Pokémon is frail with higher attack, but will shine if able to switch into a beneficial situation. It can hold its own against Power-Up Punch users while dealing quick super-effective damage. With the changes to Ancient Power, Yanmega can become a serious threat with a fifty percent boost to both its attack and defense stats. The rock-type move also provides additional coverage to counters other flying bugs would otherwise not be able to handle.

Very similar in stats to Heracross, Pinsir is geared to be more of a Bug-type attacker. Although legacy for Pinsir, Fury Cutter once again pairs very well with X-Scissor. Bug Bite is a good secondary option if Fury Cutter is unavailable. Pinsir does have access to Vice Grip, but has poor coverage and low damage. Close Combat is a significant damage increase comparing it to its legacy move, Submission.

Heracross becomes notable as it is the only Bug-type Pokémon to share a fighting-type. It has access to one of the best Fast Moves in PvP, Counter. Because of how good this move is, it can sustain itself with its high energy cost moves. Heracross will need to avoid flying-types with its double weakness. Megahorn and Close Combat will have the fastest activation with Earthquake being for coverage. Heracross is not recommended in Master League as its use is very limited in the meta and will have trouble against the many Pokémon that resist its moves.

Scizor benefits from the same typing as Forretress and Wormadam (Trash) having many resistances. It also has access to the useful combination of Fury Cutter and X-Scissor. Bullet Bunch and Fury Cutter are similar in utility for Great and Ultra League battles, although one may steer towards Bullet Punch in Master League due to the amount of dragon and Flying-types in that league.