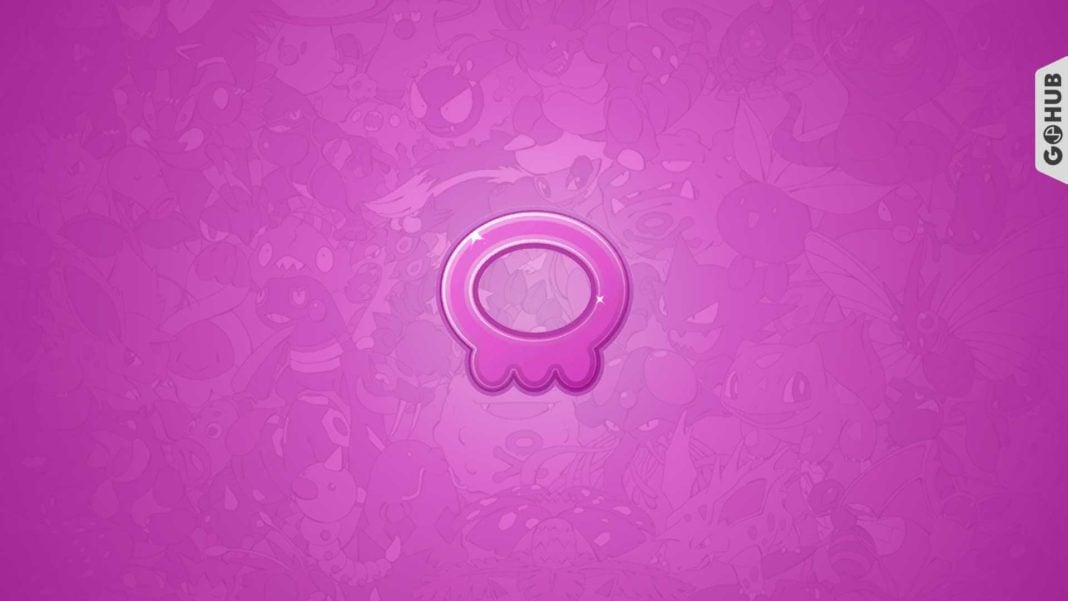 Poison-Types are an under-represented type in the Pokémon competitive scene due to their lack of useful type coverage. They do, however, boast five resistances in grass, fighting, poison, bug, and fairy, three of which are common move types in the Silph Arena Twilight Cup, which runs until 28th February 2019.

Poison-Type moves are only super-effective against Grass and Fairy types (which are not the most prominent in battles themselves) and only do 62.5% damage to five other types. Due to this, we do not tend to see many Poison-Type moves being used unless they can charge energy quickly to help you fire off more useful charged moves more often.

Poison Jab is the go-to fast move since it has both great EPS and DPS. Depending on which Pokémon you’re most likely to be battling, other high damage and high energy fast moves available to the Poison-Types listed below include Snarl, Counter, Infestation, Wing Attack, and Razor Leaf.

In terms of charged moves, the best choices include Sludge Bomb and Poison Fang but always consider the benefits of whether a different typed move may be worth adding. Not only does type advantage far outweigh STAB but also, a surprise attack can often bait your opponent into taking a hit if they are not expecting it to be super effective.

As mentioned, there are 5 move types that pure Poison-Types will resist; Fighting, Poison, Bug, Grass, and Fairy. They will, however, take super effective damage from any Ground-type or Psychic-type moves.

Where dual-typings are concerned however, things are slightly different and certain Pokémon can gain more resistances or on the flip side, more weaknesses. We will go into more detail on each individual’s type coverage below.

*Moves listed in italics are legacy.
*Pokémon used the Master League table are all Level 40 with perfect IVs. Refer to detailed sets down below.

Alolan Muk is a great all-around Pokémon to use as a Dark or Poison-Type. Its stats are tanky across the board as shown above. It has access to a good Fast Move in Poison Jab (3 DPT, 3.5 EPT) coupled with Charge Moves that deal STAB. Dark Pulse charges up rather quickly while dealing solid damage (80 DMG, 50 energy). Sludge Wave can be used when your opponent is in a “no shield” situation. This can potentially land a one hit KO (110 DMG)! Unfortunately, Alolan Muk does not have access to moves that can cover its weaknesses. That is its only major downfall.

Toxicroak is one of the heaviest hitters of the Poison-Types with the moves to back it up! Counter is already one of the best overall Fast Moves in PvP with high DPT and EPT! Mud Bomb charges up extremely fast (only 40 energy) to melt your opponents’ shields early in battle. Sludge Bomb is a great tried and true Poison-Type move as well. It is darn near a must to use in the current Twilight Cup meta due to its versatility. It can also be a solid choice in the Ultra League as well. The only downfall is the lack of type coverage moves. Therefore, if your opponent has the jump on you by dealing super effective damage, Toxicroak will surely fall quicker than you would expect.

Drapion is another Pokémon on this list of Poison-Types with only a weakness to Ground-type moves. The interesting thing is, with Infestation as a Fast Move, Drapion can win a Dark-type vs. Dark-type matchup. It can also cover its own weakness with its Charge Move, Aqua Tail. Aqua Tail is one of the fastest charging moves in the game (only 35 energy). This makes Drapion a very versatile and powerful Pokémon to deal with. Its stats are pretty solid for the Great League, which is heavily weighted on type coverage moves (Drapion fits the bill). As for the Ultra League, Drapion shines even more because it can have its stats maxed out. Now Drapion is a relatively new and hard to obtain Pokémon, but if you have one, give it a few test runs! Drapion does have access to Bite Dark as a quick move, and while it does deal heavy DPT, its EPT is very poor (2 vs Infestation’s 3.76). Therefore, Infestation is a better choice and a clear cut winner in a Dark-type vs Dark-type matchup.

Skuntank is an HP-based Poison-Type powerhouse that has the highest HP in the Great League by a wide margin. So, Skuntank can definitely take damage. It can actually shine in the Ultra League as well. Yet, just like Alolan Muk, it doesn’t have any charge moves to cover its weakness to Ground-type moves. But only having ONE weakness is a plus for such a beefy Pokémon. I highly recommend this Pokémon to counter Azumarill/Togetic in the Great League or even Togekiss in the Ultra League. Put this Pokémon to the test and see how you like it!

Golbat has EXTREMELY well-rounded stats for Great League use. Its move pool is even more surprising. Wing Attack has solid DPT (2.5) with a nice EPT (3.5). All of its charge moves are devastating as well! Shadow Ball, is a heavy hitting, quick charging move for fantastic coverage against Psychic-types. Couple that with Poison Fang or Air Cutter, and Golbat can be a shield depleting wrecking ball. Golbat can also be a decent counter to Azumarill or any other Fairy types in the Great League due to that Poison Fang viability. Hit it with a strong Ice, Electric, or Rock move, however, and it will NOT survive.

Crobat is basically Golbat, but on steroids, because it’s best for the Ultra League. It has high versatility with a great fast move (3 DPT, 3 EPT) and arguably better charge moves than Golbat (Sludge Bomb > Poison Fang?). So with that being said, there isn’t much more to say. It can be a great counter against Hariyama, Granbull, Toxicroak, and Venusaur when faced in the ultra League.

Nidoking is an interesting Poison-Type. It has fantastic quick moves(s), especially if you have the coveted legacy Fury Cutter. But, it’s bogged down by the access of high energy charge moves. Now sure, poison jab/ fury cutter can charge up Sludge Wave (55 energy) somewhat quickly. Your opponent, on the other hand, may have gotten 1 or possibly 2 very quick charge moves off before you. Megahorn and Earthquake take even longer to charge than Sludge Wave. The main reason why it made the list is due to its high attack and decent stats for the Great/Ultra League. Do note, it does not have any moves to cover its ice OR water type weaknesses. If you have access to better poison types, definitely choose them. If you’re still unsure about this Pokémon, simply throw it in battle and test it.

Ah, Nidoqueen… one would think it is similar to Nidoking in PvP right? Well, not quite. Unlike Nidoking, Nidoqueen has Stone Edge, which gives it Ice-type coverage, along with the powerful Sludge Wave. These two moves have a fairly low energy cost for such powerful moves. This, alongside its well-rounded stats, gives Nidoqueen more viability over Nidoking. This Pokémon would be best used as an anchor in a PvP battle when shields are out of the equation for your opponent. It is worth noting that there are not any moves to cover its water type disadvantage, so keep that danger in mind.

Razor Leaf got a massive buff recently, giving it the highest DPT (6.5) in the game, which should be good for Roserade, right? Sure, but what good does it do if it is with a glass cannon like Roserade. Its DEF and HP stats are poor at best, and when using Razor Leaf as a fast move, Grass Knot and Dazzling Gleam take too long to charge up. Sludge Bomb charges up fairly quickly in comparison to the other two, so you can be safe with that move decision. Additionally, replacing Razor Leaf with Poison Jab will yield faster charge move energy gain, to combat the slow charge of Razor Leaf. The best scenario in battle for this Pokémon is when you are at a type advantage against your opponent. PvP is a game of RNG since you never know what your opponent is going to throw at you. So if you want to take a gamble, give this Pokémon a shot.

Gengar falls in the same category as Roserade, being a glass cannon with a monstrous attack stat but iffy defense and stamina. Shadow Claw, while a legacy move, is one of the best PvP fast moves in the game, making it fantastic on Gengar, although for those with Lick, it is not bad either. Shadow Ball and Sludge Bomb are both great moves that charge up quickly coupled with either fast move.

The MAIN problem is surviving any neutral damage battle, such as a Vaporeon matchup, as the low defense and health stats do not help Gengar’s overall survivability. Due to Gengar being a Ghost/Poison-Type, it does have some common type advantages. It takes greatly reduced damage from fighting types, which are a common typing found in the Ultra League. It is a great choice going up against a fairy type matchup as well. This Pokémon overall is interesting. It can just as easily obliterate your opponent as well as get outright destroyed. A good recommendation would be to lead with this Pokémon into battle first, then go from there.

Venusaur is well known on account of its exclusive move, Frenzy Plant. It is an absolute beast of a move that not only charges up fast (45 energy) but deals huge damage as well (100). As for a second Charge Move, Sludge Bomb is a good move for fairy coverage and works nicely as a bluff to Frenzy Plant. As for fast moves, if you want to deal as much damage as possible, use Razor Leaf, and if you want to gain energy for your charge moves as fast as possible, go with Vine Whip. As a warning, Venusaur does NOT have any moves that cover any of its weaknesses. Otherwise, it’ll destroy any water type that’s commonly seen in the Great League.

Although Muk and Alolan Muk share the same stats, Muk has some key differences setting it apart from its Alolan counterpart. First off, let’s talk weaknesses, because Muk is weak to Ground and Psychic types. Although it cannot cover its Ground weakness, Dark Pulse and Infestation can cover Psychic types. Couple that with Thunder Punch Electric as a 2nd charge move, and you’ve got yourself a SOLID threat in battle. Speaking of which, Thunder Punch can be used to take out any Water-types you may encounter. Especially in the Great League, where Water-types such as Azumarill, Blastoise, and Feraligatr are prevalent. If you can, try Muk in each League and see how you do!

How about you guys? Do you think I missed other Meta Relevant Poison-Types? Were you hoping to hear of the potential benefits of Vileplume? Were you wanting to hear how well Lord Hanke’s Tentacruel fared in battle? Did I consider that Ice Beam Swalot might be a Great League threat to the Nido family? Why is there no mention of Victreebel? Comment down below, or reply on GO Hub’s twitter feed.