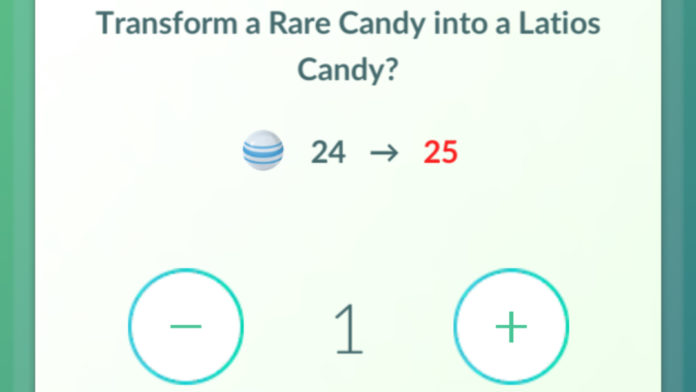 PvP, Trading, Generation IV – players have been wanting these major updates to be added in the game, but there are minor features Niantic have added that made playing the game easier, like mass Rare Candy usage, ability to use Lucky Eggs and Star Pieces within the Raid lobby, and mass Pokemon transfer. There are still many minor features that Niantic can add in the game.

Nearby Priority for Field Research Pokemon

How many times has this happened to you: you got a “Catch x Electric Pokemon” Field Research and then suddenly, you can’t find a single Plusle or Minun. You’ve been seeing them so many times yet when you need them, you can’t find one to save your life. Well, don’t worry. This feature will do the trick! 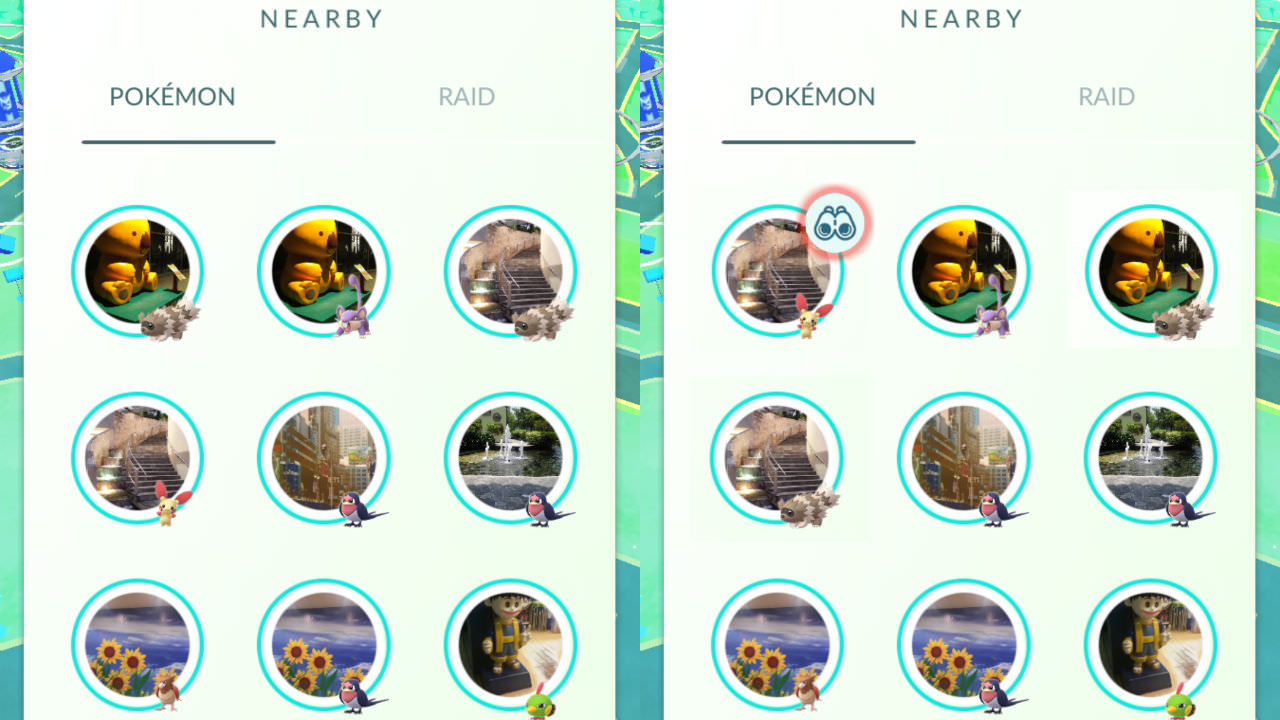 The Nearby Tab already sorts out Pokemon or Pokemon Formes you have not caught yet and will show them to you first above all Pokemon. I’ve seen this firsthand when it rained and I saw 2 sightings of Castform’s Rain Forme, a Forme I have yet to catch at that time. Niantic can easily copy and tweak this feature but for Field Research Pokemon. They already have a way to determine which Pokemon you need via the Research Feature, and they already have a feature that prioritizes Pokemon in the Nearby tab, so this Feature is definitely doable.

Remember the “glitch” that remembers the last ball you used when catching, and will stay on that ball on the next catch? This was considered a “glitch”, but this is one of the few bugs that is really helpful on certain scenarios, like grinding on nest Pokemon that have an above average catch rate or if you want to save your Poke Balls for your GO+, in which you usually use Great or Ultra Balls. Sadly, it was removed during the 0.97.2 update. It may have been a nuisance for some players but there are also some players like me that really like that “glitch” back, but how can Niantic bring it back if some people don’t like that feature? Make it a toggle in the Settings. 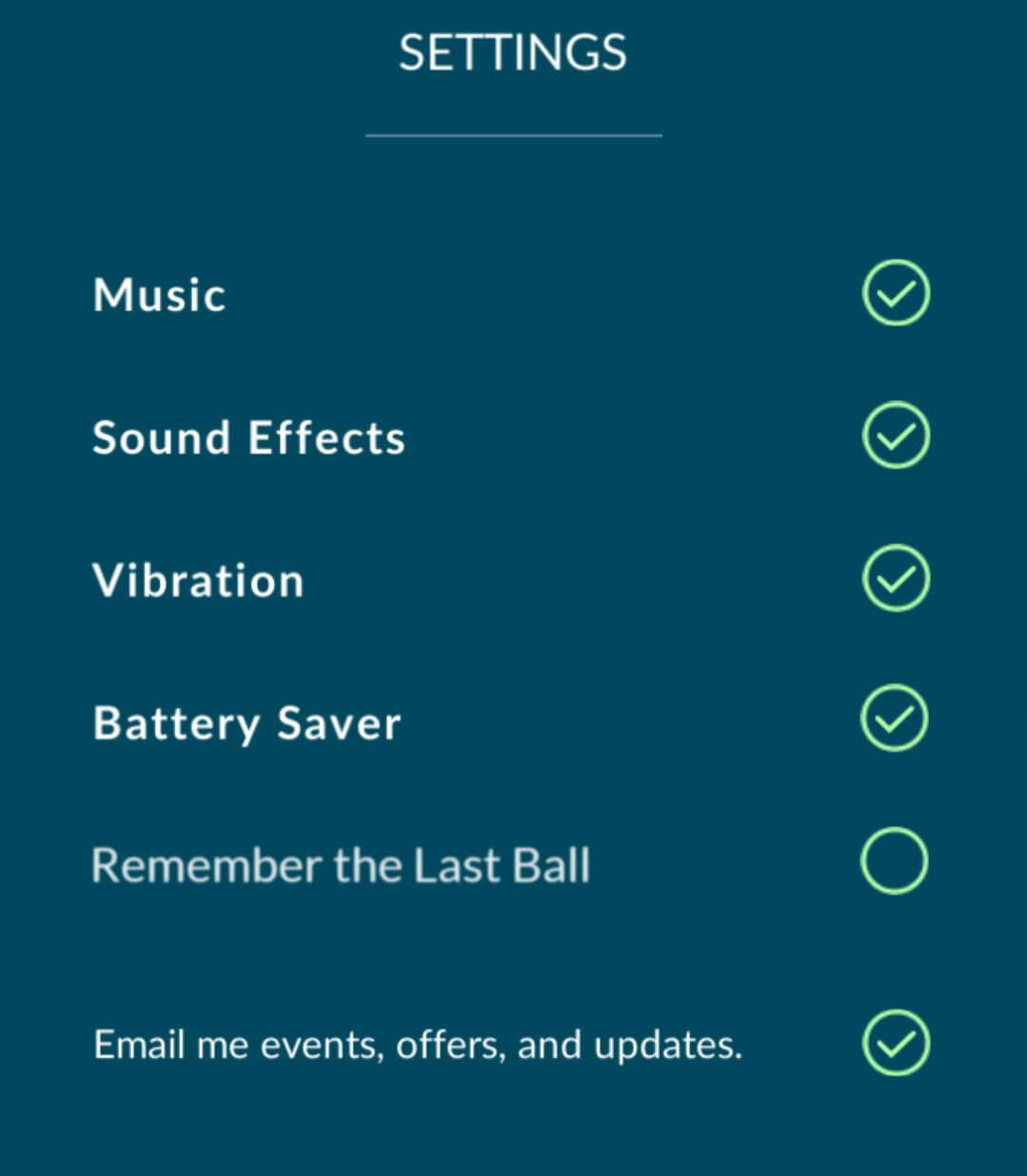 When you go to settings, Niantic can add a toggle that you can turn on and off whether you like the game to remember the last ball you use or not. This may not be easy to implement compared to the other features on this article, and it will only serve a portion of the playerbase, but if enough players want that “glitch” back, then Niantic can totally do it.

Raid Listing for Gyms you have Medals to

Players have been relying on Raid Maps to see the current raid bosses in their area, but since the fall of trackers at the tail-end of March 2018, we have been itching for a way to see which raids are happening beyond what we can see in our in-game map.

I have read this idea somewhere on Reddit and upon researching on where this idea came from, I stumbled upon the post of Reddit user Givemeallthecabbage and saw his/her idea of how to implement this feature. (Note: if I had the original author wrong, please let me know, and I’ll gladly edit this article) 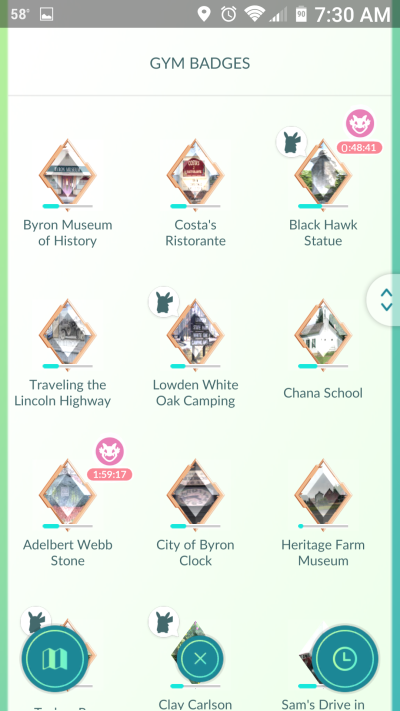 With the implementation of the feature that let’s you feed your defeneders remotely, in a way, it also added a way for you to determine if there is a raid or not, because obviously, you can’t feed a defender when the gym is hosting a raid. The only thing missing is the ability to see the Raid Boss itself (which is sometimes added to your Raid list when you check the gym remotely – which is a glitch) and the ability to determine raids beyond the gyms that you are currently defending. Just remove these restrictions and Voila! You got yourself a nifty feature! Niantic can add restrictions like the ability to only see raids on certain ranks like Gold and Silver, but the ability to see Raids on only the gyms you have visited are good enough restrictions that some can arguably say it’s not game-breaking.

How many times has this happened to you: you using an incense and there are tons of spawn, yet you can’t see which is the incense Pokemon because it is weather-boosted like the surrounding Pokemon. Well, this feature will do the trick.

Another Color for Spinned PokeStop

If you are colorblind like me, in the first few months of the game, you had a hard time determining if you can spin the PokeStop again or not or when the PokeStop changes from purple to blue. Yes, this is a very minor gripe, but why not just make the spinned PokeStop look totally different from a spinnable one, like make the spinned PokeStop color red? For those who are colorblind like me, please support this by leaving a comment.  🙂

Is there a minor feature you’ve been wanting that is totally possible to implement? Do you think I’ve missed a key feature? Make me look dumb by commenting down below. I do read comments, and yes, I’m trying my best to do better in my grammar.