Every time we click on a Pokemon, there’s a secret desire to find a 100% (15/15/15) specimen. You have it, I have, we all have it. However, the problem is that you are more often disappointed than not – that’s just the nature of how IVs are distributed in Pokemon GO. After the introduction of shiny Pokemon, with the arrival of the mythical (that are one time only) and now with the Lucky Pokémon being a thing in Pokemon GO, it makes even more sense to be able to modify the IVs of our beloved companions.

The good thing is that since the launch of Gen 7 (with the main series games), something crazy and very secretive was introduced in the Sun & Moon games. We had to wait almost 2 decades to discover it was possible improve Pokemon’s IVs with Bottle Caps – as simple as that. I mean, literally, bottle caps.

What are the Bottle Caps?

They are an exchangeable item in Sun and Moon, with a curious description: “A beautiful bottle cap that gives off a silver gleam. Some people are happy to receive one.” 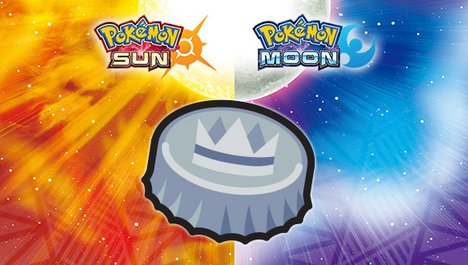 What are they good for?

IV IMPROVEMENT OF COURSE! After traded with Mr. Hyper, in return he will take one of your Pokémon and put it through the Hyper Training. The Hyper Training will maximize one or more of a Pokémon’s IVs. Actually it doesn’t modify the IVs, but it allows you to power up a Pokemon as if it had stronger IVs. This process is done “through intensive training”.

The set back? Mr. Hyper refuses to train a Pokémon that isn’t in his max level, which is level 100 in the main series games. This would mean that, translated to Pokémon Go, the Pokémon should be at level 40 in order to be “Hyper Trained”.

How could they be added to Pokémon Go?

Since the interaction in-game is limited to catching Pokémon, spinning Poke Stops, spinning / fighting / raiding gym’s and the brand new Friends feature (and it won’t change for the time being), it could be implemented through one of those existing game systems.

1. Spinning a Poke Stop – would be the simplest way to obtain Bottle Caps and a fair system for everyone, Plus, it would make the “Poke Stop spinning grind” great again. It’s sad but true, because the evolution items were the last greatest addition to Poke Stops, and since the gift rewards were introduced, the evolution items are no longer Poke Stop exclusive items.

Beyond that, if you have your quest log is full, it is more exciting and useful to catch a Pokemon than to spin a stop, so it would give you a purpose to spin more stops, despite not being as challenging or exciting as capturing a Pokemon.

2. Battling/Raiding reward – Bottle Caps could also come from raids, but as raids are considered to be an “expensive” part of Pokemon GO, it could be considered to be a be another pay-to-win addition. As a reward from Gym battles, it would be a very interesting idea, but only after a gym rework, by re-implementing the Prestige System so you can fight in every gym, without being blocked  if all the gyms in your town belong to your team.

3. Pokémon holding items (main series games feature) – If we want to aim for an exciting future in-game addition (we can’t tell if this is already planned by Niantic), getting Bottle Caps by catching wild Pokemon holding them would be the wisest decision. This feature is very interesting because it would change how serious you take catching every single Pokémon, and, in general, the ability to hold items (such as berries), could mean changes in battle dynamics without a massive battling rework.

4. As trading/gifting rewards – The easiest way for Niantic, but not that exciting. The gifting is already saturated with prizes (Pokeball/Potions/Revives or higher versions, Alolan Eggs and now stardust) and the trading is about to be, with the Lucky Pokémon.

Obtaining Bottle Caps shouldn’t be harder than finding a shiny Pokemon (not boosted by events), but it shouldn’t be easier than getting evolution items.

Here’s our suggestion of RNG for each possible option:

Getting them by spinning a Poke Stop would be the easiest way, but also a very boring one. And since we have already so much to do in the game, a burden such as playing for spinning Poke Stops would be awful and exhausting. Getting the Bottle Caps as Battling Rewards would be awesome, even more if it was exclusive to the prestige system after a desired gym rework. Just imagine all the battle intensity and competitiveness of the Prestige System back!

And that’s it – a comprehensive idea on how to bring Bottle Caps into Pokemon GO. Tell us what you think in the comment section below!